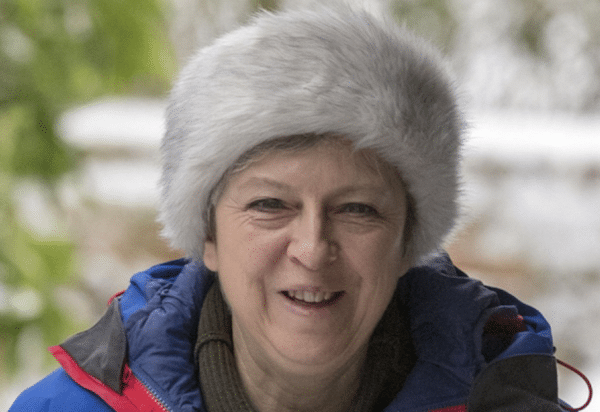 BACK in May 2017, just prior to the British general election, I wrote a piece arguing that a victory for Theresa May would see Britain dragged further towards war with Russia.

While Britain is militarily weak compared with Russia, the point was that May would continue to do the bidding of Washington by demonising that country and engaging in provocative actions.

Well, May is now prime minister and if anything supports the above view, it is the recent events surrounding the poisoning of former spy Sergei Skripal with the nerve agent Novichok in Salisbury.

In the aftermath, we have seen a tirade of accusations levelled at Russia, with Foreign Secretary Boris Johnson comparing the 1936 Olympics in Berlin and the political capital made from the event by Hitler with the upcoming Fifa World Cup and Vladimir Putin.

The accusations about Russian state involvement in the poisoning of Skripal and his daughter have been repeated across the Western media and by senior politicians despite the British government failing to provide any proper evidence for Russian culpability.

However, this is nothing new. The strident anti-Russia/Putin narrative has been ongoing for many years.

In April 2017, Putin was told by British ambassador to the United Nations Matthew Rycroft that he was on the “wrong side of history” because of his support for Syria’s Bashar Assad. Rycroft added that supporting Assad would result in “shame” and “humiliation” for Russia.

He said the UN security council had been “held to ransom by Russia’s shameless support for the Assad regime” and added that Russia’s credibility and reputation across the world would be poisoned by its toxic association with Assad.

Many might think Rycroft lives in an alternative universe: what credibility do the U.S. and its allies, including Britain, have given their illegal interventions in Afghanistan, Libya, Syria and Iraq?

Where does the reputation of these countries lie when much of the world beyond the bubble Rycroft exists in recognises that the U.S. has supported terror groups to destroy Syria (described in Professor Tim Anderson’s book The Dirty War on Syria)?

Nonetheless, the anti-Russia rhetoric has been incessant. Following the U.S.-instigated coup in Ukraine, for instance, in 2017 the then British Defence Secretary Michael Fallon said that Nato must be ready for Russian aggression in “whatever form it takes.” He added that Russia is a “real and present danger.”

Now, in 2018, May and Johnson accuse the Russian state of carrying out the attack in Salisbury yet provide no proper evidence to support this accusation.

Other Western countries have joined in with the accusations and a tit-for-tat expulsion of diplomats has followed — a dangerous game of Russian roulette that seems to escalate with each passing day, all based on a campaign of disinformation.

In a series of recent articles, former British ambassador to Uzbekistan Craig Murray has been highlighting the nature of the false accusations regarding the Skripal case and has accused Johnson of being a “categorical liar.”

In Britain, over the last two years or so, we have also seen Labour Party leader Jeremy Corbyn being ridiculed and attacked relentlessly.

He is a target for the Establishment because he swims against the Washington consensus of neoliberal capitalism,
Nato-instigated wars and U.S. imperialism.

After Corbyn was elected leader of the Labour Party, Fallon stated that Labour was a serious risk to Britain’s national security.

If anything is a threat to Britain and the world, it is the underhand destabilisations and wars it participates in, the ones that the likes of Fallon support.

The U.S. thinks it and it alone has the right to act as it deems fit to maintain its global dominance: no other power will be allowed to rise to challenge the U.S. Its client states fall in line to provide support.

As documented by historian William Blum, the U.S. has over a period of decades created a very long list of bogeymen and bogus reasons to remove leaders and destroy sovereign states that have stood in the way of this agenda.

In terms of a massive military budget, worldwide military bases, illegal wars and destabilisations, it is not “Russian aggression” the world should be concerned about but U.S. militarism, which poses the greater threat to humanity.

Since the collapse of the Soviet Union, the U.S. has pressed ahead in a strategic sense to the point where it believes it can win a nuclear war with a pre-emptive strike against Russia.

Since when did Russia become a target for demonisation? The answer is when Washington decided to break prior agreements with Moscow and encircle Russia with missiles.

The U.S. demands Russia accept this without complaint. But Putin is not Yeltsin. Russia has understandably reacted to events in Ukraine and has come to the aid of Syria, an ally under attack from Western-backed forces.

Western leaders and the media portray any protests or military countermeasures by Putin as “aggression.”

The U.S. strategy is to destroy Russia as a functioning state or at least replace Putin with a compliant puppet willing to acquiesce to Washington’s hegemony.

There are well over a million dead in Iraq, Afghanistan, Syria and Libya as a result of direct military intervention or covert actions by the Western powers and their allies (the death count for Iraq alone between 1990 and 2012 could be 3.3 million as a result of Western economic sanctions and illegal wars).

Many individuals, like Dick “Halliburton” Cheney for one, have profited handsomely on the back of the destruction of Iraq that they helped bring about.

However, Cheney, Bush, Blair, Obama and Hillary Clinton, who are all complicit in driving illegal conflicts, destabilisations or outright war and who have the blood of so many on their hands, are given a free pass and accorded a type of stately respect by the media and within Establishment circles.

Outrage is reserved for Corbyn who has consistently been against all such actions, or for Putin who has acted to protect Russia’s interests in the face of ongoing provocations.

How do Cheney, Blair and the rest continue to get away with their actions, while the focus is kept on the Establishment’s convenient enemies?

The intelligence agencies have for decades ensured that key political leaders and the mainstream media comply with the interests of the Anglo-U.S. Establishment and are “on message.”

And these agencies certainly have a firm hold over media messages. A few years ago, Udo Ulfkotte, former editor of Frankfurter Allgemeine Zeitung, one of Germany’s largest newspapers, claimed that he accepted news stories written and given to him by the CIA and published them under his own name.

His situation is not unique. As for Britain, scroll through the web pages of British-based Lobster magazine and the picture will become clear.

We are currently witnessing an orchestrated campaign directed at the public to shape negative perceptions about Russia, helped along by the recent events in Salisbury.

Through her inflammatory rhetoric, May is dutifully playing her part, while simultaneously distracting attention from her government’s disastrous neoliberal agenda on the home front. A good old dose of patriotic fervour always helps on that score.

Regardless of her motives, May is helping to accelerate a trajectory towards conflict with Russia that might be impossible to escape.