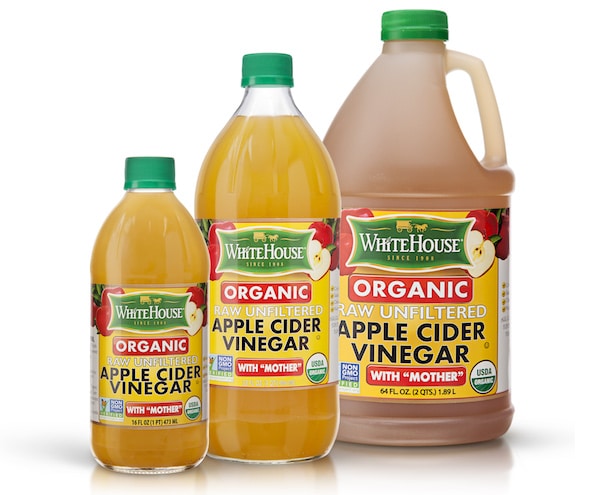 Using Marx’s critique of political economy, it’s possible for workers employed in a variety of industries to calculate the value of their work and how this value is divided between employer and employee. It becomes possible to calculate the socially necessary labor time and surplus labor time, worker wages and employer profits in their particular workplace. For the capitalists, that is the most dangerous information that a worker might read. It lays bare the exploitation of capitalism in a way that is intimately connected to the personal dimension of the class struggle. It exposes capitalism not in a general or abstract manner, but in the most immediately personal way by exposing the real exploitation happening at one’s own place of employment.

This information can be utilized for a variety of purposes: it can be an icebreaker to begin talking about class politics with co-workers, it can be an organizing tool to use as agitation material, etc.

Let’s use White House brand vinegar as a foil to craft a hypothetical example. We’ll assume that the White House plant manufactures a variety of different products, including that company’s apple sauce, apple cider and various forms of vinegar. Within the plant is at least 1 line dedicated to the 128oz white vinegar. Let’s assume that this line starts with the batch production of vinegar, which is sent on to the bottling and packaging line, and that it runs at a rate of 50 bottles per minute and the line is operational 72.5% of the working day on average (27.5% of the working day the line is down due to machine maintenance, quality inspections, etc.). There are two 12 hour shifts every day, so the plant is open 24 hours a day, 7 days a week. For the entire manufacturing process, from batch production of vinegar to bottling to packaging and shipping, let’s say there are 15 workers on each shift for a total of 30 workers per working day on that line making that product. Each worker makes a total wage of $20 an hour (money wages plus deferred compensation such as health insurance, 401K, etc.).

Each 128oz bottle of White House vinegar costs $2.98 at the average retailer. In this case, that is what the product costs the consumer at Wal-Mart. Wal-Mart marks up products that were manufactured by a third party business at a rate of 25% on average. That means that every bottle of vinegar White House produces and sells to Wal-Mart, they receive approximately $2.23 from Wal-Mart.

Since most retailers must sell the same product for approximately the same price, we can assume that other retail customers of White House’s vinegar are selling it for a similar price at a similar markup.

That means that the total revenue from that line is approximately $116,406 for the company.

Added together is comes to about 85%; with an average rate of profit of about 15% in the U.S.

That means that out of that $116,406 in revenue for our hypothetical vinegar production line, the new value produced every working day is $17,460.90.

Looking at the workers’ total wage bill, including both money wages and deferred compensation, that is $20.00 per hour on a total of 360 hours of labor-time every working day (30 workers x 12 hours = 360 working hours per working day on the line) for a total wage bill of $7,200 per day.

This means that the line produces a surplus value of $10,260.90 for the owner of White House every working day.

Then, divide the amount of total wage received by each worker per working day by the amount of value created per minute to find how many minutes of each working day are necessary to reproduce the workers’ wages ($240 / $0.808 = approximately 297 minutes).

For readers employed in a manufacturing environment, you’ll notice that the hypothetical line is very slow, there are many more workers involved than you would find on a typical line, the percentage of the working day that the line is operational is pretty low, etc. In modern factories, it may only be a matter of minutes of an 8 or 12 hour shift for a worker to reproduce the value of their wage. Many corporations do not pay the tax rate that they are “supposed to”. Generally, a worker’s total compensation is 30% more than their money wage. In this hypothetical, that means the hourly wage is $14 per hour plus $6 per hour worth of benefits. Millions of workers have no deferred compensation of any kind and their money wages are far below $14 per hour.

But even in such a hypothetical scenario, each worker is still clearly exploited because the employer profits from the surplus value produced by each worker every day.

Plugging in all of the information that you already know from your employer will give you a more or less accurate picture of how this exploitation is happening to you and your co-workers. When specific data is not available, use averages. Even when you know in advance what is happening under the capitalist social relation, seeing the numbers as they relate to you and your co-workers can still surprise you (and motivate you).

Class struggles over the wage are struggles over surplus value, which is inherently and necessarily a struggle against capitalism. Applying the Marxist critique of political economy directly to the wage struggle contributes to socialist engagement with the class struggle and its necessary consequence: independent working-class political organization. We get there by building our capabilities, communicating and coordinating with one another on our lived experience of the class struggle. It is through our conscious efforts to craft independent working-class political organization that we facilitate the abolition of wage labor.