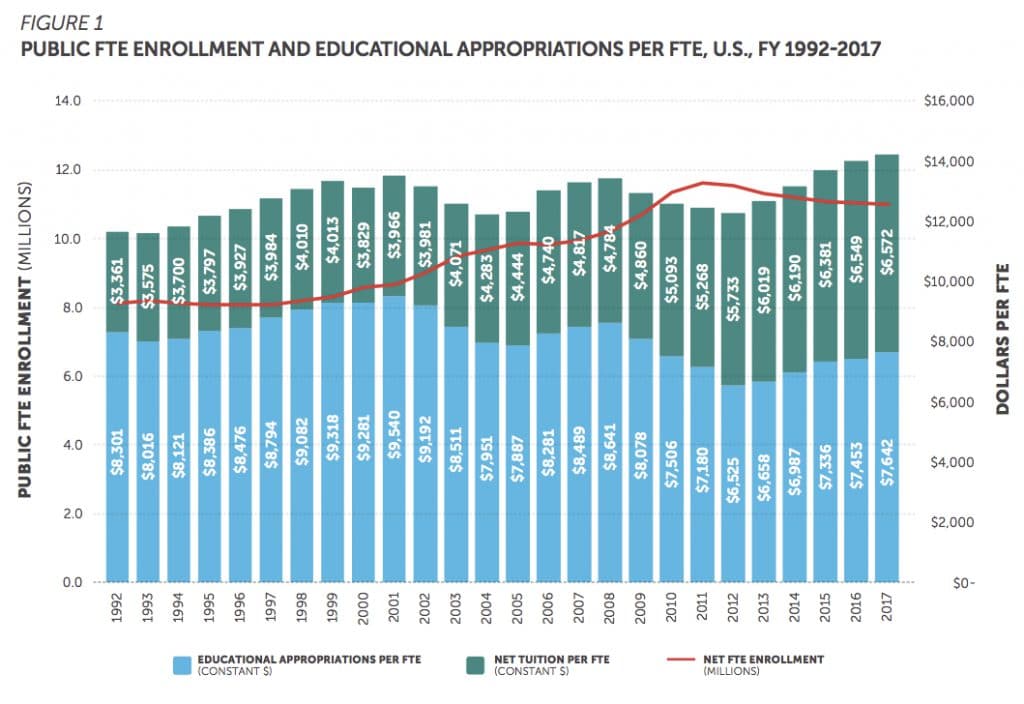 For the first time in American history, students in more than half of all U.S. states are paying more in tuition to attend public colleges or universities than the government contributes.

The privatization of public education has been under way for decades but this inflection point was hastened by deep cuts states made to their higher-education appropriations in the midst of the Second Great Depression.

For the United States as a whole, according to a new report from the State Higher Education Executive Officers Association, students and their families were forced to come up with almost half (46.2 percent) of total educational revenue for public colleges and universities in 2017. They had to pay only 28.8 percent of the total in 1992, a share that had risen to 36.2 percent in 2007. 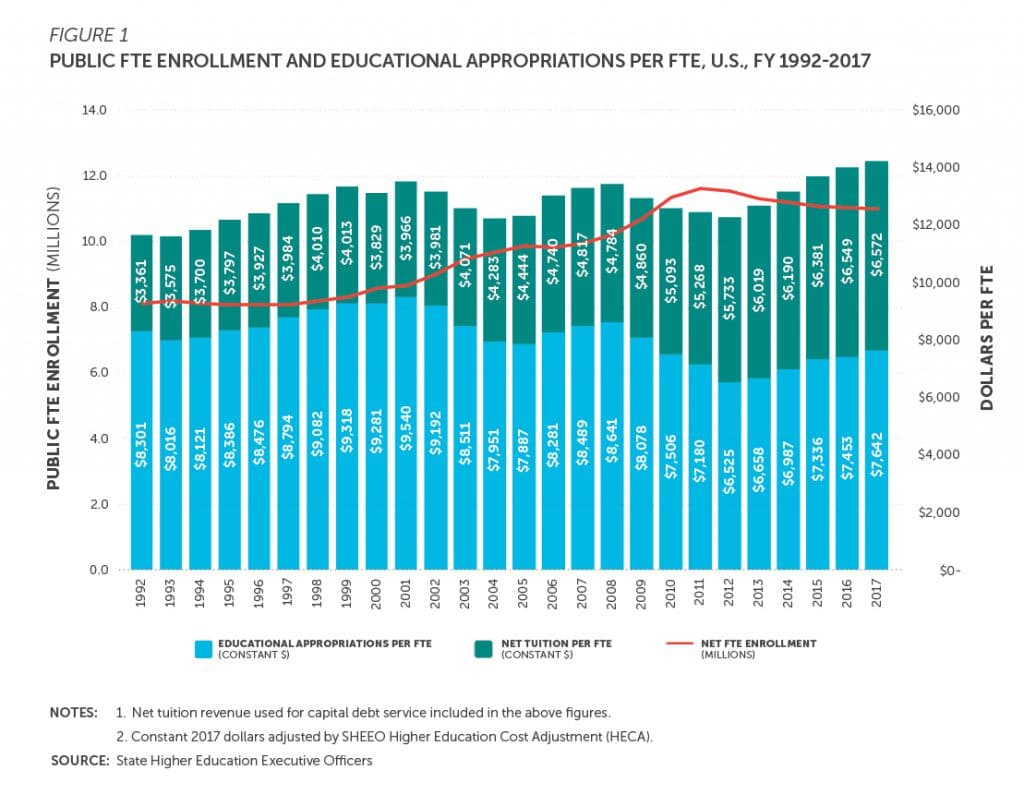 Increasingly, public higher education in the United States is public in name only.

And the privatization of the public educational system is costing the American working-class dearly. In 2016, net tuition for one student (full-time equivalent) came to 10.9 percent of median household income. That’s almost double what it was in 1992: 5.7 percent. Even as recently as 2007, it was only 7.9 percent.

While public financing for higher education has improved in recent years, the overall trend of less public support and students having to shoulder more of the burden continues.

The same question applies today as when I wrote about the problem of higher education back in 2016:

What’s the American working-class to do? The same as in many other rich countries: demand free higher education for all high-school graduates who want to attend an in-state public college or university (and, while they’re at it, forgiveness for the student debts they’ve been forced to take on in order to attend increasingly out-of-reach public colleges and universities).