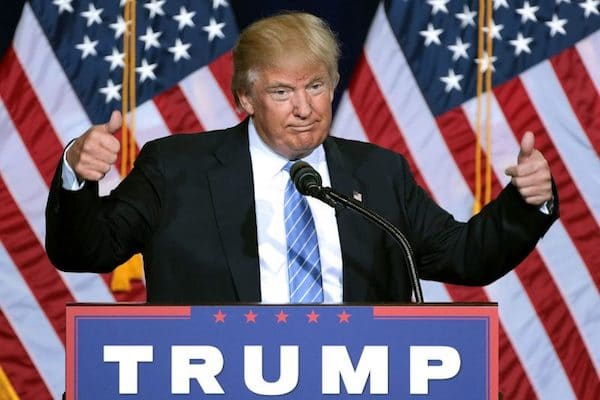 ON March 8, Donald Trump made an announcement which according to many has the potential of starting a global trade war. He announced that the U.S. would be raising tariffs on imported steel by 25 per cent and tariffs on imported aluminium by 10 per cent.

Now, the WTO allows tariffs under certain circumstances, against,  for instance, some country that is “unfairly” subsidising its exports, or is dumping its goods, which means charging higher prices on the domestic market for the same goods that are sold cheap in the export market. It also allows tariffs under a “safeguard” clause whereby a country can provide temporary support to local producers so that they can prepare themselves to meet the challenge of imports. Trump however did not use either of these WTO provisions for announcing his tariff hike. He invoked instead a rarely-used “national security” clause under U.S. law (a similar clause also exists under the WTO).

What exactly constitutes “national security” is difficult to define. The military requirements of a country involve a whole lot of goods; if the import of such goods is prevented under the plea that “national security” requires their domestic production, then virtually every good can be reserved for domestic production. It is because of his invoking this portmanteau clause that Trump’s introduction of protectionist measures is being seen not as some minor development, a mere aberration within a generally “free trade” regime, but as an act of undermining this so-called “free trade” regime itself.

This “free trade” regime which the U.S. and Europe had carefully built up of late, had not of course meant “free trade” per se; it had an in-built system of discrimination against third world countries. This was obviously so for instance with regard to agricultural subsidies and intellectual property rights. But even this “free trade” regime designed to serve its own interests is being undermined by the U.S. under the Trump administration.The fact that Trump is doing soonly underscores the severity of the world capitalist crisis and the fact that neoliberal capitalism has reached a complete dead-end.

Of late there had been much talk about how the world economy was recovering, and how the U.S. in particular was coming out of the crisis, with its official unemployment rate now reduced to a mere 4.1 per cent. But if this had actually been the case, then the Trump administration would have had no reason to introduce its protectionist measures.

If the labour market is as tight as a 4.1 per cent unemployment rate suggests, then higher tariffs would cause not higher domestic production in the protected sectors but rather only an increase in their prices, i.e., not output adjustment but only price adjustment. This would mean a mere gratuitous promotion of domestic inflation that is counterproductive for the economy. The fact that the Trump administration has resorted to protectionism indicates therefore that the labour market is by no means as tight as is made out, that the crisis persists in the U.S. economy.

Other indications also confirm this view. For instance despite the official unemployment rate being 4.1 per cent, which is lower than at the beginning of 2008 when the crisis set in, the work participation rate, i.e., the ratio of those employed or seeking work, to the working age population, continues to remain below what it was at that earlier date. If we assume the same work participation rate today as existed in January 2008, then the unemployment rate in the U.S. today would be not 4.1 per cent but 6.1 per cent.

A similar conclusion arises when we look at the wage rate. A tight labour market tends to raise the wage rate, but in the U.S. despite the 4.1 per cent official unemployment rate there has been no increase in the wage rate which suggests that the labour market is far from being tight and the 4.1 per cent figure is a misleading one. And now Trump’s protectionist measure only confirms that the U.S. economy, upon which the recovery of the entire capitalist world is so vitally dependent, continues to be mired in crisis.

What is noteworthy is the fact that Trump has resorted to protectionism as the way out of the crisis, which is also in conformity with what he had promised during his election campaign. He is not thinking of an expansion of the U.S. market through larger public expenditure. The reason he is not doing so is because any such strategy requires that larger public expenditure should be financed either through a tax on capitalists (for taxing workers who largely consume their income offsets the expansionary effect of public expenditure through a corresponding reduction in workers’ consumption), or through a fiscal deficit; and both these are anathema for finance capital.

Since there is no plan to expand the overall size of the market in the U.S. through larger public expenditure, protectionism merely means that a larger share of this existing market is garnered for domestic production. It amounts in other words to effecting an expansion in domestic output and employment through snatching a part of the market from producers located in other countries, which means that the generation of employment within the country would be accompanied by the destruction of employment in other countries. This policy which is referred to as a “beggar-my-neighbour” policy (i.e., I gain at the expense of my neighbour) is as much a manifestation of the dire state of the capitalist world at present, as a progenitor of worse things to come.

It suggests a dire state because it clearly demonstrates the complete absence of any coordinated strategy on the part of the capitalist powers; and it portends a worsening of the crisis because “beggar-my-neighbour” policies inevitably attract retaliation by others. Other countries are not simply going to sit back and watch the snatching away of their markets; they are not just going to allow recession and unemployment being exported to their economies by the US. They in turn would also protect their economies, which would mean a generalisation of “beggar-my-neighbour” policies.

And any such generalisation of “beggar-my-neighbour” policies (or the eruption of a “global trade war” as some have put it) will further reduce capitalists’ incentive to invest, and hence further shrink investment and aggregate demand, resulting in an accentuation of the crisis. Nothing could provide a clearer demonstration than this of the complete dead-end to which neoliberal capitalism has come.

To be sure, protection by the U.S. adversely affects manufacturing activities located abroad by U.S. capital itself, to meet the U.S. market while taking advantage of low foreign wages. In fact much of the imports of manufactured goods into the U.S. from East Asia are produced by units controlled by U.S. capital itself. And even discouraging the outsourcing of services from the U.S. to countries like India, which actually the Obama administration had started, constitutes an encroachment on the profitability of U.S. companies. But all this refers to capital-in-production not to capital-as-finance. Upon the latter not an iota of restriction is being imposed or even contemplated by the Trump administration.

It is because capital-as-finance is not being restricted at all that the opposition of finance to fiscal deficits has to be respected. This rules out any fiscal activism on the part of the State to revive the economy, and leaves protectionism as the only remaining option, especially since monetary policy has proved to be ineffective. The restrictions on capital-in-production in short are a desperate measure which is necessitated, ironically, by the absence of any restrictions on capital-as-finance.