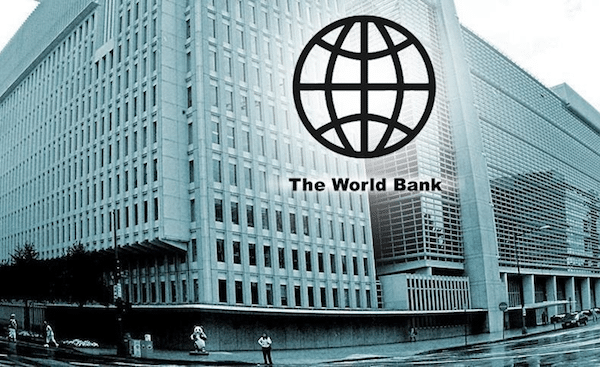 The recently released ‘working draft’ of the World Bank’s flagship World Development Report (WDR) for this year neatly summarises what the world capitalist class is thinking-or should be thinking–about labour. Calling for a new social contract, the draft suggests that while income and social insurance can be provided by the state employers should be freed of this onus and allowed to abandon such ‘outdated’ concepts as minimum wage, long term job security, protection from hire and fire, severance pay, doing away with ‘colonial era’ labour laws, and linking of wages to productivity. These suggestions are under a section sub titled ‘Protecting Workers’, in chapter six.

Replacing these fetters on the technology driven, flexible work based new economy will be some form of Universal Basic Income (UBI) and social insurance (not social security). One important factor that will help this system to work better will be detailed data bases used to identify targeted populations for, say, electronic cash transfers.

Aadhaar is a massive databases of people, linked to electronic cash transfers. It was a brainchild of the UPA burnished and expanded by Modi sarkar. UPA tinkered around with labour law reforms but then Modi has moved in with a whole new set of Labour Codes (still pending clearance), fixed term employment with in-built hire-and-fire and replacement of social security benefits with insurance based systems. State govts. (Rajasthan, Maharashtra, Jharkhand) run by Modi’s party have gone further amending several labour laws to ease firing of workers.

Although India still officially subscribes to the minimum wage concept–and has laws to back it up–in practice, it is all but abandoned. Trade unions have been fighting for years to increase minimum wages to Rs.18,000 but the govt. is not even willing to talk. The machinery to implement minimum wage and other laws has been gutted country-wide leaving wage fixation to the complete mercy of employers. Working hours and other service conditions too are no longer governed by any laws in practice though on paper such laws exist.

So there it is: the World Bank is nudging govts. of the whole world, especially from developing countries, to move forward in this direction and drawing upon experiences–quoted extensively in the draft report–from countries like India and scores of others for validating its assumptions. On the flip side, Modi’s advisors in the labour and finance ministries will heartily welcome the new guidelines from Washington and hold them up to justify their policies.

The World Bank’s draft report suggests that the state can think about providing a Universal Basic Income to all persons, or preferably in a tapering mode so that the poorer get more and the richer less (or none). It gives patchy data to indicate that such a provision could entail a cost of anything between 2-14% of the country’s GDP. Who will give this UIB? Obviously, the state, from its tax kitty.

So, while the state gives income sustenance to people, and provides social insurance (maybe subsidized for the poor), the need of people to get benefits from labour laws goes down, argues the Report. Why have minimum wage when UIB is there? Why have job security when social insurance is there?

Note that financial liability of UIB and social insurance will be borne by the state while benefits of destroying labour protection laws will go to the capitalist class. This in essence is the new formula of neo-liberalism that the World Bank is trotting out.

The final report will come out this autumn. Meanwhile, capitalists and govts. world over can chew on this delicious concoction served up by their favourite chef, the World Bank.