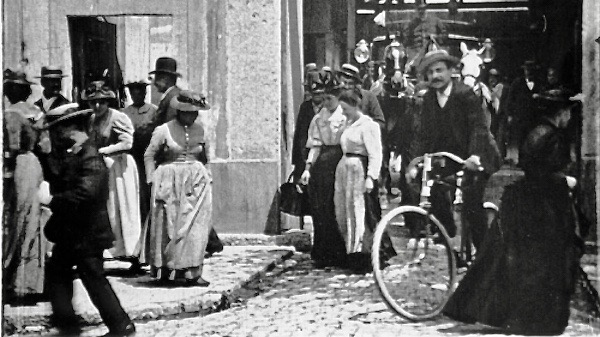 This is Bro on the World Film Beat Breaking Glass on the subject of Marx and the cinema, as we approach May Day, a worldwide day of honouring labour, and falling this year just four days before the 200th anniversary of Karl Marx’s birth.

To talk about Marx is to talk about labour, since one of his main contributions to econmics is his labour theory of value, which reversed the typical view of economists, who saw value created by the owners. Marx called these economists ventriloquists (mouthpieces) for capital and instead proposed that value was created by workers, and that capitalist value amounted to what might be called social theft, stealing the time of the workers who were forced to work well beyond the hours needed for their subsistence. These excess hours, Marx said, were where profit was created. Capital though did serve a function in that it brought these workers together, conglomerated them in a way that actually meant that all labour, rather than privatized and individual, was now social. It was just that capital appropriated this labour and redistributed the profit from it into the hands of a wealthy few. And of course, in our day, that few is forever and rapidly shrinking.

Marx’s goal was “to render the world more conscious of itself,” that is, to make this process, which capitalist scribes had obscured, clear. If we start to speak of labour in the cinema and imagine how Marx would have conceived it, we might first look at a history of representation of labour on the screen, then a history of off-screen labour, that is, of organizing in the cinema which also affected what appeared on the screen. Finally, we might look at how the cinema itself is an intense process of all kinds and levels of labour, which its owners continue to efface, claiming that they are its ultimate creators.

The very first image to appear in the first public showing of any film is workers exiting a factory, in this case in the 1895 screening in Paris by the Lumiere Brothers of male and female workers streaming out of their father’s photographic factory in Lyon. The camera is set up in front of the exit and records the various moods (elated, morose, bored) and modes of travel (bicycle, foot, horse) of the exiting employees. So labour takes front and centre as the cinema begins and in many ways there has been a gradual process of erasing that image, shunting it to the side and obscuring it. 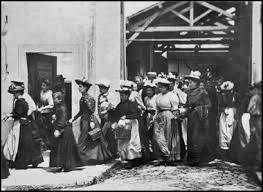 Steven J. Ross in Working Class Hollywood details how workers and unions organized their production houses in the early silent period following the Lumieres, and how much a subject class struggle was in these films. D.W. Griffith’s greatest film is perhaps the 1909 Corner in Wheat which intercuts the poor struggling wheat farmer barely making it from season to season because of the low price paid for his labour, the besieged consumers of wheat who once the market is cornered must pay an increased price for bread, and the speculator in wheat, the wheat king, who in the commodities market crushes his foes by buying all the wheat and then raises the price. 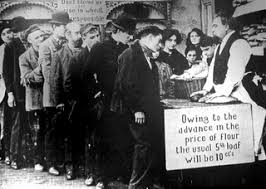 A follow-up, longer film titled Contrast, directed by Griffith actor Guy Hedlund cross-cut the poverty of coal miners with the extravagant and lush lives of the owners of the mines. This is not even to mention the more overt depiction of worker’s struggles in Russia after the Revolution in Sergei Eisenstein’s Strike and Battleship Potemkin.

Workers and their lives were a continual subject until their stories were purposely struck from the screen with the coming of the Motion Picture Producers’ Code, the Hayes Code, which along with interracial relations and more frank displays of sexuality essentially forbid working-class modes of relating and ushered in an era of a more whitewashed middle-class cinema in the middle to late 1930s. This embargo was broken somewhat as the crime film, the film noir, began again to deal now in a more disguised way with workers’ lives and attitudes, often around the law, which was constantly encroaching on them. This period of re-emergence begins around 1940 with Warner’s film about truckers They Drive By Night and continued into the 1950s with Fritz Lang’s murder in the fishing or cannery industry in Clash by Night.

This was the story in Hollywood but across the globe workers and their lives were emerging onto the screen in the period in France in the 1930s in what is called Poetic Realism, with Jean Renoir’s The Crime of Monsieur Lange about a publishing collective where the owner returns to re-appropriate the profits of the collective and is killed by the writer whose work has led to its success, and Marcel Carne’s Le Jour Se Leve, which has factory worker Jean Gabin, who is dying slowly from the factory fumes, instead gunned down in a sudden burst of violence by the police for his destruction of a jealous bourgeois type who attempts to ruin his life. 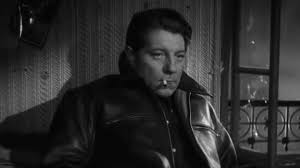 The film was remade in the U.S. under the title Daybreak with Henry Fonda, a worker prototype from his role in Grapes of Wrath. There were also outbursts of working-class or middle-class fugitives in trouble with the law in Britain (They Made Me a Fugitive). In Italy, the neo-realist movement dealt more directly with the lives of the poor in such films as Vittorio de Sica’s trilogy of the three ages of humans: Shoeshine, about destitute boys in the street; Bicycle Thief, about an unemployed worker in the prime of his life with a last chance at salvation which fails; and Umberto D. about an old-aged pensioner trying to pay his rent. In Japan Akira Kurosawa in Drunken Angel and Stray Dog highlighted Japanese poverty and Kenji Mizoguchi in The Victory of Women and Street of Shame focused on the role of female workers in a patriarchal society. 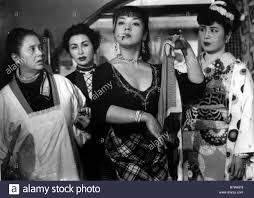 The McCarthy anti-communist witchhunt in Hollywood which spread across the globe again tried to curtain these outbursts and erase them from the screen. But concerns with labour reemerged in the wake of the 1960s cultural and social upheaval in the U.S. in such films as The Molly Maguires about a secret society of Irish workers in the Pennsylvania coal fields and later in Norma Rae about the unionizing activities of a female textile worker. This film though, in 1979, was on the cusp of the neoliberal period in which the cinematic focus was and has remained much more on the owners and the elite, with workers or the majority of the population now seen as a special interest group.

This has been countered by filmmakers whose subject has remained the working class, with the most prolific and most committed of these being Ken Loach. His cinema is also critical of the way the working class has contributed to its own demise in films like Family Life, about the stifling of a young girl to make her ready for factory labour, and the vastly underrated It’s a Free World about how the entrepreneurial logic destroys working-class modes of collectivization.

The cinema also has a long history of its own workers, like those in the Lumiere photography plant, organizing for their rights. This ranges from the Hollywood screenwriters’ contract in the 1930s, and the beginning of the creation of the creative workers’ collectives, to a crucial strike by the Disney cartoonists in the early 1940s, and the organization of painters and other trade workers called the CSU, which around the ending of World War II closed Warners and other studios, before being blacklisted in the HUAC and McCarthy periods. In Japan likewise, after the war, film workers struck at the major studio Toho and closed it for a number of months, celebrating their own independence inside the studio gates before being threatened to be bombed by General MacArthur and the U.S. authorities.

Finally, the cinema processes themselves are the creation of a collective of workers, often concealed within the corporate framework of the studio. One of the great technical creations of Hollywood was The Wizard of Oz which is often talked about as the crowning achievement of the studio system, and of it epitome, MGM. A crucial scene, which begins in black and white has Dorothy then opening the door of a drab Kansas house to reveal the panorama of colors and flora that is Oz, shown in a crane shot that highlights the work of a whole range of cinema technicians and is more a tribute to the labour of these studio workers than to the studio itself. 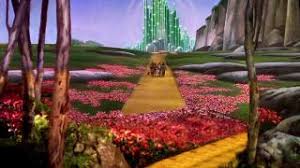 Part of the work that is effaced in the contemporary era is the work of the spectator who in the Netflix scheme is constantly providing information on themselves that is then fed back to them in viewing suggestions, with the data also used to rope in ever more viewers.

Marx’s solution to all this was to note that the new challenge, after capitalism had centralized work but kept the profits in the hands of a few was, in the final stage, the expropriation of the “ill-gotten gains of this little number of usurpers by the mass of people.” As May Day dawns, and as the internet draws us all closer and continues to centralize our work, by looking to the history of labour in the cinema we may find the hope and perhaps the means of continuing the economic, political and cultural struggles struggles against an ever more rapacious and ever more bellicose few that in their desperation are becoming more and more dangerous to the rest of the world.

This is Bro on the World Film Beat signing off and wishing everyone a Happy May Day.