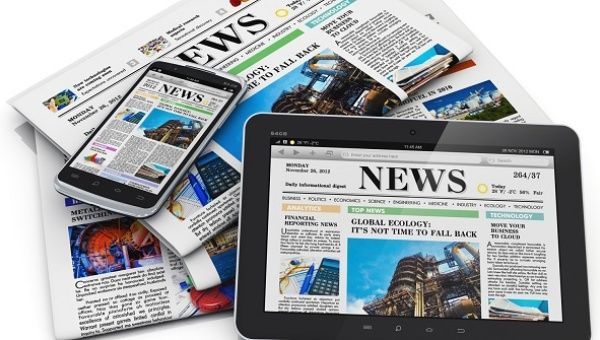 The United States prides itself on being the land of the free; however, this narrative shifts in regards to U.S. government censorship of non-Western media, particularly through major social media outlets such as Facebook.

Contemporary social media giants and politicians have been complicit in the censorship of media coverage that opposes that of mainstream news, with the justification that such outlets pose a threat to U.S. values; violate the safety of U.S. allies, and are backed by nations and proxies that are political opponents of the United States. While some may argue that suppression of such news is beneficial to public safety in the United States, doing so is an infringement of free speech. In addition, alternative media sources whose stances don’t align with those of Washington are vital in helping expose government corruption and U.S. involvement in the Global South – information that is oftentimes biased or ignored in Western media in favor of hegemonic imperialist forces.

Moreover, leading social media corporations such as Facebook, Twitter and YouTube have strengthened their artificial intelligence systems and repress user content, at the request of the U.S. government and in partnership with U.S. spy organizations. According to a report from MintPressNews, the director of the Global Policy Management at Facebook, Monika Bickert, said Facebook now has a rapidly growing security team consisting of 10,000 members, with 7,500 of them in charge of assessing what the media giant considers potentially violating content. The team also has a counterterrorism group made up of former intelligence and law enforcement figures who specialized in counterterrorism. Facebook has collaborated with numerous other companies to form a blacklist of media content identified by the corporation as violating standards and which would ultimately be restricted from all social media, according to Bickert.

Advocates of censoring media perceived as a ‘foreign threat’ justify this because they believe such media endangers their existence and encourages political opposition. Contrary to what these censorship advocates – incuding some U.S. politicians – believe, it is undeniable that state-backed media repression purposely targets anti-U.S. establishment media and anti-Western narratives surrounding the Middle East and affiliated groups. For instance, in March, congressmen addressed a letter to Attorney General Jeff Sessions stating that Qatari news outlet Al Jazeera is a mouthpiece for Qatari foreign policy views, appears to be a state-controlled operation, and is a source of deceptive propaganda. The congressmen also consider the news station to be anti-American, anti-Semitic and anti-Israeli, given its commentary on organizations such as Hamas and Hezbollah. Reports that run contrary to those of the West are deemed a threat and therefore deserving of having their free speech infringed upon, but outlets that air favorably on Western views are not seen as a threat to the U.S. establishment and as a result do not experience media repression.

Congressmen aren’t the only ones who have explicitly voiced opposition to non-Western news companies; Facebook has also targeted publications that support such views. On March 24, Facebook shut down the page of Palestinian news source the Safa Palestinian Press Agency and also removed their Instagram account. The social media corporation provided no explanation for this, other than stating that the outlet violated community standards.

Given all this, it’s more than evident that non-Western media are having their rights to free speech infringed upon. The only solution is for these companies to have their full rights restored and for social media giants and the U.S. government to not restrict the speech of those who simply have a view that does not align with their own agendas.