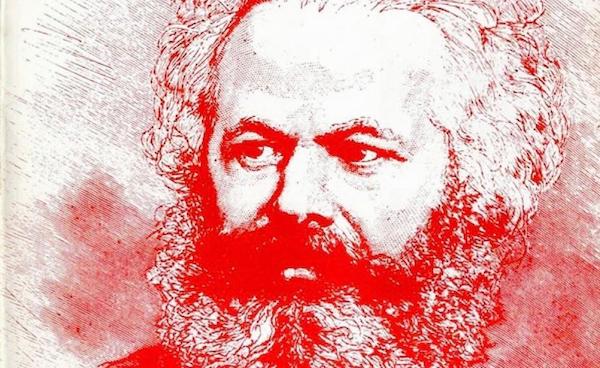 The Ecologist was among the first publications in the UK to seriously debate Karl Marx’s ‘dialectical’ understanding of nature and society. (Source: The Ecologist)

Karl Marx’s 200th birthday is being celebrated today in circumstances he neither desired nor expected: a planet that is governed by, and increasingly shredded and cooked by, capitalism.

The previous such commemorations – in 1918 and 1968 – arrived amidst worldwide upsurges for progressive social-movements.

The Marx for those conjunctures was a theorist of class struggle, revolution and the subjection of the postcolonial world, but was neglectful of nature. Environmentalists found value in Marx, but not in his ecological analysis.

Emblematic of this was a 1971 essay by G. N. Syer in The Ecologist. It did pay tribute to Marx’s passion for equality and universal human emancipation. It also acknowledged his understanding of the relationship of nature and society – as ‘dialectical’ – in viewing humans as part of nature, not rulers of it.

But the charge sheet was long. To begin with, Syer argued that some Marxian predictions had fallen short. That capitalism generates social polarisation and crisis cycles appeared to have been falsified: the wealth gap between rich and poor, Syer observed, had “nearly everywhere narrowed”, while the boom-slump cycle had been overcome thanks to “the application of Keynesian economic theories.”

More significantly, Marx was taken to task for parroting his era’s faith in infinite material progress.

He had failed to recognise the validity of Malthusian pessimism; he was blind to the strains material progress imposes on the planet and the consequent pollution and depletion of resources; and he was – here, in contrast to Engels –

quite unaware of the fragility of much of nature, such as the soil, and of the possibility that the resources of the earth might one day be exhausted. 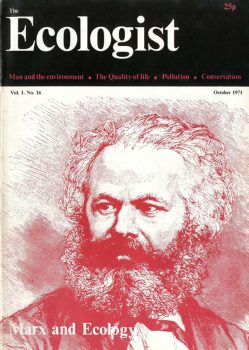 How different is the world that greets Marx’s bicentennial.

It arrives in an era governed by what Mark Fisher called “capitalist realism” – a sense that there is no discernible alternative to the capitalist system – but in which perceptions of crisis are pervasive, including of the relationship between human society and the natural realm.

In this regard, the discovery of Marx as an ecological thinker has been significant. Of course it had long been known that Marx’s concept of alienation encompassed human society’s estrangement from the natural world.

But in the closing decades of the twentieth century an ecological Marx was unearthed, thanks to the work of David Harvey and many others.

Then, at the turn of the millennium, Paul Burkett – in Marx and Nature – and John Bellamy Foster – Marx’s Ecology – presented Marx as a thinker whose core concerns were ecological.

This is a Marx who possessed a meticulous knowledge of technical matters, whether the chemistry of soil degradation or the ecological implications of the discovery of the first and second laws of thermodynamics.

These authors, together with the recently departed scholar-activists Joel Kovel and Elmar Altvater, as well as Jason Moore – Capitalism in the Web of Life – and Andreas Malm – Fossil Capital – have ‘brought capitalism back in’ to discussion on nature-society relations, sparking a sustained regeneration of ecological Marxist thought.

Moore – alongside Marxist feminists such as Carolyn Merchant – have helped the renascent ecological Marxism converse creatively with feminist and social reproduction theory.

The upshot has been a radical rethinking of Marx’s project. No longer can ‘nature’ be seen as playing a bit part. His anthropology, after all, is premised on the understanding that human creatures fashion their relationship with the rest of nature through the production of their means of subsistence.

In defining the labour process, Marx, as Reiner Grundmann reminds us, employed the concept of ‘metabolism’: a process by which human beings, through their own actions, mediate, regulate and control the metabolism between themselves and nature—a metabolism the disruption of which could spell disaster.

And no longer can Marx be read as a cheerleader for economic growth or material progress. Those who continue to read him in this way should acquaint themselves with his metaphor of human progress under capitalism. It resembles, says Marx,

that hideous, pagan idol, who would not drink the nectar but from the skulls of the slain.

The newly discovered ‘ecological’ Marx was a sharp critic of the growth paradigm, and in Volume One of Capital he draws attention to the trampling of the natural realm by bourgeois progress.

“All progress in capitalist agriculture,” he intones,

Capitalist production, therefore, only develops the techniques and the degree of combination of the social process of production by simultaneously undermining the original sources of all wealth—the soil and the workers.

Cash crop production stands in contradiction to agriculture itself, concerned as the latter is, or should be, “with the whole gamut of permanent conditions of life” required by human beings across the ages.

The natural environment, Marx insists in the same book, should be treated with the understanding that it is “the inalienable condition for the existence and reproduction of the chain of human generations.”

Far from exhibiting a cavalier desire for man to dominate nature in disregard of ‘limits and thresholds’, then, the ecological Marx exhibited a real concern for environmental limits and paid close attention to all sorts of processes through which human society interacts with its environment.

Far from being unreceptive to nature, he found it intolerable that – here quoting Thomas Műnzer – “all creatures have been made into property: the fish in the water, the birds in the air, the plants on the earth.” They too “must become free”.

Now the fish in the water are vanishing. So too the birds in the air. Carbon dioxide levels were 283 at Marx’s birth and are breaching 410ppm on his bicentennial – the highest concentration in twenty million years, prior even to the speciation of the Great Apes.

With a ‘business as usual’ trajectory – even one that bends with the Paris Agreements – the prospect is of a centuries-long feedback-fuelled thermal ratchet, and this, in combination with the array of other assaults on the earth’s biophysical boundaries – capital’s War on Terra – would portend accelerating species extinctions on a gigantic scale, and concatenative ecosystem collapse.

Marx was forty when the prospect of climate change-caused human extinction was first mooted; if global capitalism continues for another century or two, all bets would be off. The ecological Marx, theorist of the alienation of humanity from nature and of the exponential accumulation of capital, will count for nothing if the rudder doesn’t now turn once again to the agendas of 1918 and 1968.

Gareth Dale teaches politics at Brunel University. He is a co-editor of Green Growth (Zed, 2016), and essays on the growth paradigm, sustainability, and the environmental philosophies of Malthus and J. S. Mill.