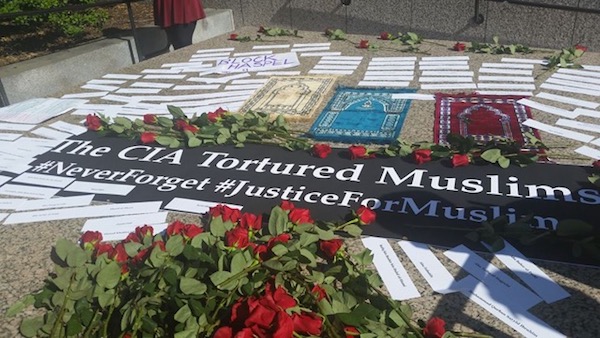 Growing up near Washington, D.C., I developed a child’s awe at the city’s great temples of democracy: its monuments to Lincoln and Jefferson; the National Archives, where the Declaration of Independence is housed; the Capitol Rotunda; and even the modern, workaday offices of Congress where the people’s business is done. Adult knowledge of American democracy’s many flaws has dimmed but never extinguished that awe.

Any such reverence was completely gone as I witnessed in the Hart Senate Office Building on May 9 the dismal confirmation hearings of Gina Haspel, nominated to head the CIA. By the standards of open, public scrutiny of a nominee, the hearings were a charade — tragedy and farce rolled into one.

The five minutes of questioning given each senator allowed for little more than sound-bytes and could easily be filibustered with digressive answers. The grandstanding of Haspel’s Republican backers — their treacly praise for the sacrifice of the CIA personnel, their superfluous reminders of the world’s many dangers — shaved time for serious discussion to the bone.

At hand was the question of torture. Specifically, how would Haspel account for her supervision of a CIA torture site in Thailand in 2002 and her role in destroying, in 2005, videotape evidence of torture. Haspel’s answers were banal, evasive, sanctimonious, and ham-fisted, as if she could not quite master her canned lines to deflect allegations of her complicity in torture. She seemed to me morally empty, wholly lacking in conviction, charisma, or even contrived charm.

In light of Haspel’s likely confirmation by the Senate, the hearings left me with a disturbing thought: is our republic served by this ritual, or does the pretense of democratic deliberation about a matter so serious as torture hurt democracy by making us comfortable with its illusion?

The press covered the hearings decently enough, though often with partisan spin. The tenor of the reportage has suggested that Haspel did one of two things: just enough to reassure her supporters by pledging not to revive the CIA’s “enhanced interrogation” program, or not enough to assuage her skeptics by failing to denounce that program strongly enough. The story has quickly moved on to whether the GOP can whip the votes to get her confirmed.

But let us pause for a moment to dwell on the surreal gravity of the hearings, palpable to those of us who attended. With the steely resolve of an expert prosecutor, Kamala Harris (D-CA) repeatedly asked Haspel, point blank, if the CIA’s interrogation methods were “immoral.” Haspel failed to answer, even equivocally. Plainly put, the potential CIA director could not declare torture immoral. Senator John McCain — himself a victim of torture in Vietnam and now dying of brain cancer in Arizona — valiantly declared her response “disqualifying” and has urged fellow senators to reject her nomination.

The second chill came less from a moment of high drama than a slow-creeping realization as questioning proceeded. Haspel herself, it became clear, has claimed sole authority to declassify any aspect her professional record. (As a career, undercover operations officer, her assignments and activities are all secret.) To date, she has declassified only very favorable employer reviews of her job performance. As a result, almost nothing about her career could be stipulated as fact; the true story of where she served, what she did, and what she saw could not even be discussed. So a hearing about Haspel’s involvement in torture had to dance around her actual involvement in torture. Under such constraints, public scrutiny is impossible. Senator Ron Wyden (D-Or), permitted access to the classified material, warns that Americans may well be shocked if they saw what it contains. But “the people” — the presumed sovereign in our democracy — will never know. Charade indeed.

Some solace came as my friend, Helen Schietinger, burst from her seat to denounce Haspel with a clarity lacking in the chamber. Not planning to disrupt the hearings, the breaking point came for Schietinger as Haspel prattled on about how speaking “truth to power is one of the CIA’s mottos and mandates.” With respect to torture, the CIA has in fact used secrecy and lies, such as false claims of torture’s efficacy, to shield the truth and wield violent power. “The question is what do you do to human beings in U.S. custody,” Schietinger exclaimed, as police arrested her. “Bloody Gina, Bloody Gina! You are a torturer!” (“Bloody Gina” was evidently a macabre nickname for Haspel, given her by CIA staff.) As the hearings neared their end, police brutally removed 78-year-old ex-CIA analyst Ray McGovern for another disruption. His offending outburst was to name that in a black site run by Haspel the CIA tortured Abd al-Rahim al-Nashiri.

The truth, quickly taken into chains, was spoken in the Senate hearing room. But not by the CIA, and just barely by the U.S. Senate. Haspel’s actions have been an offense to humanity. The process of her nomination has been an offense to democracy.

Jeremy Varon is a Professor of History at The New School and organizer with Witness Against Torture.