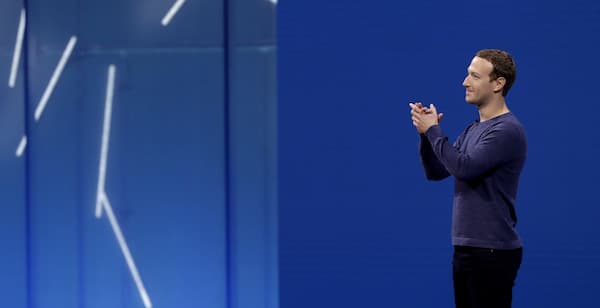 Facebook is hoping that a new alliance with the Atlantic Council — a leading geopolitical strategy think-tank seen as a de facto PR agency for the U.S. government and NATO military alliance – will not only solve its “fake news” and “disinformation” controversy, but will also help the social media monolith play “a positive role” in ensuring democracy on a global level.

The new partnership will effectively ensure that Atlantic Council will serve as Facebook’s “eyes and ears,” according to a company press statement. With its leadership comprised of retired military officers, former policymakers, and top figures from the U.S. National Security State and Western business elites, the Atlantic Council’s role policing the social network should be viewed as a virtual takeover of Facebook by the imperialist state and the council’s extensive list of ultra-wealthy and corporate donors.

The partnership is only the latest in a steady stream of announced plans by the Menlo Park, California-based company to address controversy surrounding its role in the 2016 U.S. presidential election. The company has been mired in scandal stemming from the allegations of “election interference” carried out through the social network – usually pinned on the Russian government and ranging from the use of independent media to the theft of Facebook user data by political consultancy firm Cambridge Analytica.

We’re proud to partner with @AtlanticCouncil to strengthen our election integrity efforts around the world. We’ll work with experts from their Digital Research Labs to share real-time insights and ideas to better fight abuse on our platform.https://t.co/qgv7lgC4rR

The announcement should sound alarm bells when one considers the Atlantic Council’s list of sponsors – including, but not limited to, war-profiteering defense contractors; agencies aligned with Washington and the Pentagon; Gulf Arab tyrants; major transnational corporations; and such well-loved Western philanthropic brands as Carnegie, Koch, Rockefeller, and Soros. Even the name of the group itself is meant to evoke the North Atlantic Council, the highest political decision-making body of North Atlantic Treaty Organization.

The announcement, made last Thursday in a Facebook Newsroom post, explained that the social network’s security, policy and product teams will coordinate their work with the Atlantic Council’s Digital Forensic Research Lab (DFRLab) to analyze “real-time insights and updates on emerging threats and disinformation campaigns from around the world.”

DFRLab employees include pro-war media activist Eliot Higgins (of Bellingcat fame) and Ben Nimmo — a senior fellow for information defense at the Atlantic Council, who earned infamy for his groundless accusations that actual Twitter users are Russian trolls.

This will help increase the number of ‘eyes and ears’ we have working to spot potential abuse on our service — enabling us to more effectively identify gaps in our systems, preempt obstacles, and ensure that Facebook plays a positive role during elections all around the world.

We know that tackling these problems effectively also requires the right policies and regulatory structures, so that governments and companies can help prevent abuse while also ensuring that people have a voice during elections. The Atlantic Council’s network of leaders is uniquely situated to help all of us think through the challenges we will face in the near- and long-term.

The think-tank’s Digital Research Unit Monitoring Missions will also be tapped by the social network during elections and “other highly sensitive moments” to allow Facebook the ability to zero in on key locales and monitor alleged misinformation and foreign interference.

Who is the Atlantic Council? 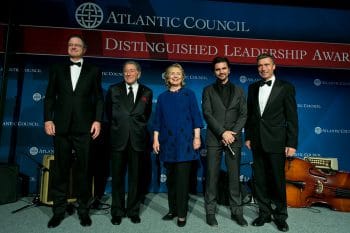 The Atlantic Council was recently in the news for receiving a donation of $900,000 from the U.S. State Department for a “Peace Process Support Network” program to “promote non-violent conflict resolution” in support of Venezuela’s scattered opposition, with which the council enjoys very close ties. The council also advocates the arming of extremist militants in Syria (a “National Stabilization Force”) and a hard-line policy toward Russia.

Established in 1961 by former U.S. Secretaries of State Dean Acheson and Christian Herter, the Atlantic Council of the United States was originally conceived as a means to drum up support for the Cold War-era NATO alliance, which had formed in 1949 as the basis of the Euro-Atlantic security architecture during the post-WWII competition with the Soviet Union. Dozens of similar Atlantic Councils were eventually established throughout the NATO and Partnership for Peace states.

The council is a part of the Atlantic Treaty Association, a NATO offshoot that claims to unite “political leaders, academics, military officials, journalists and diplomats in an effort to further the values set forth in the North Atlantic Treaty, namely: democracy, freedom, liberty, peace, security, and the rule of law.”

In general, groups such as the Atlantic Council are meant to secure the legitimacy of U.S. policies and neoliberal economics in the eyes of world audiences and academia, whether they live in the “advanced democracies” (the imperialist center) or “developing democracies” (the post-colonial and economically exploited nations).

Similar organizations and think-tanks include the Brookings Institute, the Carnegie Endowment for Peace, the Council on Foreign Relations, the Harvard Center for International Affairs, the Trilateral Commission, the Wilson Center and other pro-imperialist think-tanks.

With the Atlantic Council’s “supreme leadership” headquartered in Washington, the group is cut of cloth similar to that of the U.S. diplomatic services: blue-blooded Ivy Leaguers from Duke, Georgetown, Harvard, Princeton and Yale who are generally committed to Atlanticism, Jeffersonian Democracy, liberal interventionism, and the idea that U.S. imperial interests generally coincide with those of the rest of the world. A cursory glance at the council’s current International Advisory Board reveals a list of such foreign policy “luminaries” and their U.S.-friendly international counterparts.

Events and conferences held by the Atlantic Council are a regular stop for foreign military brass, top diplomats, and heads of state who are visiting the Pentagon, State Department, and White House.

The Atlantic Council also acts as a lobbying group to NATO. The current sponsor-list published by Atlantic Council shows a wide array of interested parties supporting the group, including the foreign ministries and militaries of several NATO- and U.S.-aligned states along with the U.S. Army, Air Force, Navy and Marines. Other donors, such as the Turkey-focused 501(c)3 non-profit foundation “United Minds for Progress,” can be described as shadowy, at best, with a vaguely-defined mission-statement barely hiding strong ties to the energy industry.

According to The New York Times, about 25 foreign governments have donated tens of millions of dollars to the council from 2008 to 2013 — including the governments of Japan, Kazakhstan, Turkey, Saudi Arabia, and de facto U.S. embassy of Taiwan — often with the implicit understanding that the group abstains from criticizing such sponsors in its policy papers and generally serves an advocacy role. This has drawn criticism of the think-tank’s ethics policies and compliance with its stated commitment to the “rule of law, ” democracy, and other ostensible “Euro-Atlantic values.”

The partnership between Facebook and the Atlantic Council is manifestly an attempt to ensure the grip of dominant imperialist powers – militaries, multinational corporations, banks, and philanthropists – who feel threatened by the unrestricted flow of information and anti-systemic narratives on social media. 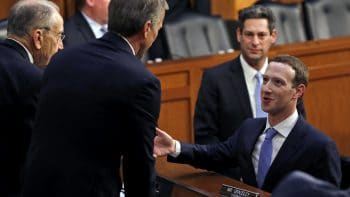 Facebook’s scandals involving “fake news” and the PR disaster of Cambridge Analytica forced the company to confront the threat of new regulations in Europe and North America, falling market value, and shambolic damage-control preparedness by the company’s management.

Yet Facebook – like fellow Silicon Valley behemoth Google – has bounced back with the promise of new partnerships with traditional media groups to crack down on fake news; new ways of burying independent media through “algorithmic censorship;” and even a new policy that would “provide transparency for political advertising” by notifying users that news organizations are, in fact, advertisers.

As it was, so shall it be: similar to the commercial model of monopolized ownership and editorial control during the times when television, radio and newspaper reigned over the media landscape, new media corporations and social networking platforms are inextricably becoming linked with powerful business associations, well-established think-tanks and charities, and large corporations with big advertising budgets while audiences or groups aligned with the public interest are left out in the wilderness.

Watch | The relationship between states and tech giants

Independent voices are being squeezed out of user news-feeds, as a homogenized, pre-cooked and generic chorus of media reinforcing the capitalist world-system regains its footing and Facebook announces that it will prioritize “soft” content rather than “hard” news. As most English-language social media users are to be found on Facebook, the adoption of VKontakte, Weibo, or other social platforms by dissatisfied news organizations is hardly a credible alternative for reaching audiences.

The result is that our “news” increasingly resembles a Sartre-esque inferno populated by Morning Joe & Mika enthusing about “Bob” Mueller with their Washington Post buddies; Fox & Friends cretins chewing the fat with John Bolton about which country to bomb next; and Brian Williams chatting with Jake Tapper about the sanctity of journalistic integrity.

In the meantime, progressive and independent publications — ostracized and shamed as “fake news,” virtually criminalized as propagandists serving “foreign interference,” deranked or buried by algorithms, deprived of funding sources and eventually readers — face the growing possibility of insolvency.

Seen as holding the conduit for potential threats to the cultural, ideological, and political hegemony of the ruling class, the media barons of Silicon Valley are increasingly being brought to heel by corporate-militarist policymakers and Washington think-tanks.

As the new alliance with the Atlantic Council shows, the previously unregulated and raucous world of social networking is fast becoming indistinguishable from the state itself. In typical U.S. fashion, authentic pluralism and the so-called “free market of ideas” is being suppressed by the possessors of capital in the name of defending democracy and ensuring national security.