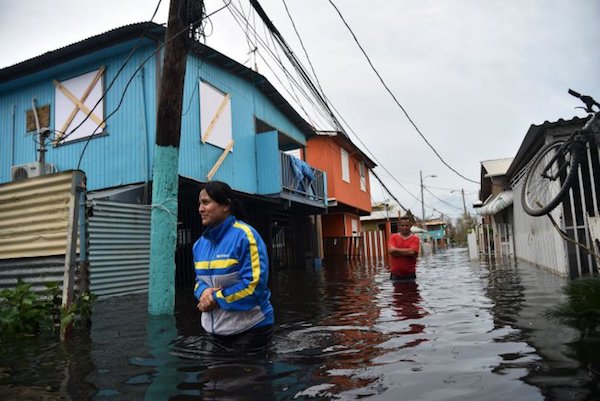 In September 2017, only two weeks after Hurricane Irma, Hurricane Maria hit Puerto Rico, causing critical infrastructural damage. Six months later, the death toll related to the disaster remains subject to dispute. The official death count is 64, but several alternative sources have asserted that the real number is over 1,000.

New research by scholars from Harvard University sheds significant light on the issue. In the study, published in the New England Journal of Medicine, the authors surveyed 3,299 randomly chosen households across Puerto Rico to produce an independent estimate of all-cause mortality after the hurricane. The results are an astounding 4,645 estimated deaths related to Hurricane Maria in the period from September 20 to December 31.

Deaths can be attributed to a natural disaster in the case of accidents during the event, such as drowning or impact by flying debris, or to unsafe conditions that cause health damage or loss of necessary medical services. It is easy to see that more solid infrastructure, reliable public services, and preparation for natural disasters go a long way in preventing deaths caused by hurricanes.

The decades-long austerity policies imposed on Puerto Rico have left the island in dire conditions to face natural disasters such as cyclones or floods. When this kind of catastrophe occurs, it is largely portrayed as an unfortunate but inevitable event. It is true that hurricanes cannot be prevented, although global warming certainly increases their destructive power. But the damage and mortality brought about by this natural disaster can be dramatically reduced through appropriate investment in infrastructure and other preventive measures.

In an interview with Left Voice, Puerto Rican political activist Francisco Fortuño posed the question, “is it a surprise that if cutbacks and the prioritization of debt over people rendered the government ineffective in normal times, it would lead to ineptitude and collapse when it dealt with the worst crisis any Puerto Rican government has ever faced?.”

In 2016, the Obama administration imposed a Financial Oversight Board, or Junta de Control Fiscal, tasked with the goal of monitoring the implementation of budget cuts that would allow Puerto Rico to pay back the $73 billion in debt. These measures include the reduction of the $ 4.25 per hour minimum wage and a plan to slash the budget of the University of Puerto Rico by 75 percent. Héctor Reyes reported recently that “183 public schools will be closed on top of the 167 that were closed last year before María.”

Many survey respondents were still without water and electricity at the time of sampling, in February of 2018, a finding consistent with other reports. The authors of the study assert that the findings will serve as comparison to the current official death count of 64 and to “underscore the inattention of the U.S. government to the frail infrastructure of Puerto Rico.”

In a macabre compound of oppression and profit-seeking, the Puerto Rican people pay with their work and their lives for the riches reaped by American capitalism. Boricuas are choked by a massive debt on the island or forced out and treated as second-class citizens in the U.S. The federal government in the U.S. and the puppet government in Puerto Rico are responsible for the preventable deaths of thousands of Puerto Ricans during and after Hurricane María.