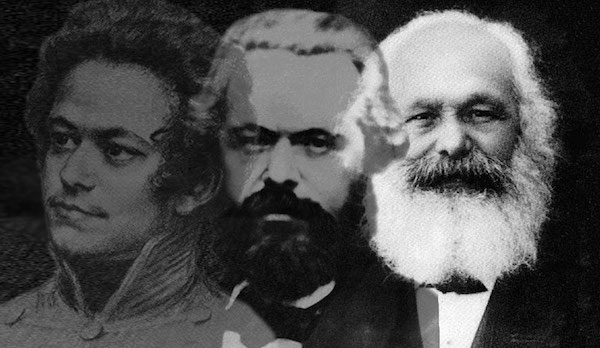 All those who like me have learned much from Paul Sweezy’s down-to-hearth, pragmatic but scientifically loyal Marxist approach will be delighted by Tom Mayer’s review of the book by Nicholas Baran and John Bellamy Foster (eds.), The Age of Monopoly Capital: Selected Correspondence of Paul A. Baran and Paul M. Sweezy, 1949–1964 (New York: Monthly Review Press, 2017), 528 pages, $59, cloth.

Mayer makes two important comments: the first concerns economic surplus, the key concept proposed by Baran and Sweezy in their Monopoly Capital; the second touches on these authors methodology.

Mayer acknowledges his : longstanding suspicion that economic surplus is a slippery concept, whose principles may not withstand scientific scrutiny. He is right. At the same time, the economic surplus is an authentically Marxist concept, but not yet what Marx called a concrete in thought.(1) It is very different from that of Leibniz and of all those who irrationally diminish the importance of manual work compared to intellectual work.(2) In effect, this concept turns out to be Sweezy’s most apt defense of Marxism. In his mind it was aimed at saving the essential contributions of the Marxist approach to economic science and to the study of economic history.

During his early academic formation, Sweezy was confronted with the affirmation of Marginalism as the pseudo-scientific dominant paradigm in the discipline. This trend did not convinced him because he saw it as a model that was inherently incapable to account for social relations, and, in particular, for social relations of production and distribution, which remained for him the crux of the discipline.

At the same time, during his travels in Europe, he was confronted with Marxism and with the problem of transformation of values into prices of production. The scientific grandeur of Sweezy was that he honestly acknowledged that there was a logical problem to be solved. Unfortunately, he did not realized that the problem did not lie with Marx but rather with the way it had been formulated by Bortkiewicz and Tugan-Baranosvky among others, following the initial falsification due to Böhm-Bawerk. However, failing to be convinced by the pseudo-solution provided by these two theoreticians–and soon even by Piero Sraffa et al.–he honestly insisted on the fact that the question needed to be scientifically solved within a Marxist framework. The simple explanation for this scholarly attitude was that Sweezy was convinced of the unquestionable truth laid out in Capital, vol. 1, namely the fact that the genesis of profit cannot be scientifically explained without taking into account the exploitation of the labor force.(3) In effect, vol. 1 is the only volume of Capital written and edited by Marx himself as Louis Althusser rightly stressed.

The main conclusions drawn by Sweezy were first laid out in his important work entitled The theory of capitalist development: Principles of Marxist Political Economy, Copyright 1942 by Paul M. Sweezy, First published in Great Britain in 1946 by Dennis Dobson LTD. The subtitle points to Sweezy’s attachment to political economy as a discipline, one that was established as a science by Marx’s critique of classical political economy, thanks to his scientific explanation of the genesis of profit. In effect, Adam Smith equally saw human labor as the only factor of production capable of creating new exchange values–i.e. economic goods and services. But he had been forced to recognize that profit was not accounted for. In his Wealth of Nations he wrote that capitalists : love to reap where they never sowed ( K. Sutherland ed., 1993, p 47)

This book testifies to Paul Sweezy’s honest confrontation with the transformation problem. Unable to solve the problem of transformation mischievously invented by Böhm-Bawerk and swallowed whole by everyone until I dealt with it(4), he first published a collection of essential articles dealing with this problem. He did so with the laudable scholarly intention to launch more research on the subject.

As far as he was concerned he was convinced that bourgeois economics was wrong because it cannot account for the genesis of profit. He was further convinced that Marxism was right in the sense that the value schema provided by Capital, vol 1 has a logical and diachronic priority. Hence it lays under the historical forms of exchange value, be they the fluctuating market prices or the alleged prices of production etc. He also honestly acknowledged that the relationships between exchange value and its historical forms of expression were not yet scientifically understood. This reinforced his inherent (American) pragmatism and paradoxically made him more pertinent that a verbose Bettelheim – who, contrary to Sweezy, ended up betraying socialism as many others like him. I personally like to see here the intellectual heritage of Thomas Paine and of John Brown among others, a secular and egalitarian republican mind set that also shinned with an Edgar Snow

Sweezy’s solution to this quandary was directly derived from Marx’s own work. To sum up: Profit and derived concepts such as interest are subtracted from what I called social surplus value, namely from the social surplus produced by the workers and pocketed by the capitalist as a class. The concept sends one back to the Equations of Simple and Enlarged Reproduction, to macro-economy if you will. Just like Che Guevara in his crucial article of 1964(5) dealing with the presupuesto–Sweezy took his cue from the concept of Social Funds laid out by Marx in his Critique of the Gotha programme.(6)

Although Sweezy was not able to provide the complete scientific genesis of this social surplus value which he empirically understood as the economic surplus, he reinforced the historical and sociological status of Marxist analysis and he maintained the crucial idea of exploitation, hence that of the necessary social redistribution of wealth. Likewise, pointing to the contradictions–disproportions–induced by the accumulation process, he clarified some aspects of the analysis of structural capitalist crises, correctly understood as crises of overproduction and under-consumption.

All these and other issues–for instance, the difference between money and credit or that between classical and speculative interests–are now scientifically elucidated in my Synopsis of Marxist Political Economy freely accessible in the Livres-Books section of my old site www.la-commune-paraclet.com .

Mayer also touches on Sweezy’s and Baran’s understanding of Marxist methodology. Here are the quotes:

In December 1958, Sweezy writes that

Marxism is on the one hand what Marx said and implied about a lot of subjects and things. On the other hand, it is a living set of principles and doctrines which must in the nature of the case change with time. Since many of the things Marx said or implied are dated and have since been disproved or become irrelevant, does it not follow that Marxism the living set of ideas grows progressively away from Marxism the creation of Marx? (223)

I would agree with you that abstractly speaking there is a tendency for the individual Marxian statements to become irrelevant with the progress of science. De facto, however, this tendency is not quite as strong as one might think, simply because in the realm of social sciences there has been very much less progress since the days of Marx than one would think on the basis of what has happened in the field of natural sciences. (225)

Advanced capitalist societies such as those embodied by the Welfare or Keynesian State or by the Social State in Europe, have tried to reestablish the hegemony of capitalism that had been badly shaken by the Great Depression. Up until the Volcker-Reagan’s counter-revolution(8), advanced capitalist States attempted to enforce a better redistribution of wealth. To do so they intervened in the economy and tried to ensure full full-time employment with the hope of sustaining economic growth and simultaneously avoiding the most damning structural crises.(9)

Of course, this is bound to fail at least up until the State does away with the hegemony of private property. This is simply because the invisible hand, established as the main market mechanism enforced by private property, cannot induce an harmonious economic reproduction or, in mainstream parlance dynamic equilibrium. Indeed, basic social needs remain unmet amid economic plenty and huge capitalist waste, a process which also adversely affects the environment. Nor can it provide full-employment to the labor force fatally liberated by the secular increase of the productivity specifically unleashed by the capitalist Mode of production.

As we know, Keynes was ready to go very far to save the system from its own animal spirits: Taking his cue from the great but undervalued Marxist Paul Lafargue without acknowledging it, in his Essays in persuasion Keynes envisaged the reduction of the legal duration of work to a 15-Hour week.(10) However, he never understood that real demo-cracy which I conceived as socialist democracy–see my Synopsis–was, by definition, antithetical to the hegemony of private property conceived as the main agent of resources allocation.

However, as even the Bolsheviks recognized–with the dachas etc.–private possession is key to the harmonious development of the citizen’s personality. The harmonious relationship between city and countryside was one their main victory. The citizen has to be understood in Hegel’s sense as the Individual with a capitalized I, hence as both the Object and Subject of his/her own History. But private possession makes sense only when Human society learns to walk away from its present-day lingering Prehistory and finally learns to rationally manage the Realm of Necessity–in which every adult capable to work must work–with the Realm of Liberty–in which every individuals must have guaranteed access to all the material and other conditions needed to ensure what K. Polanyi called Man’s livelihood in order to develop his/her own personality. Marx’s sums up saying that Communism will finally enable a citizen who wants to become a Raphael to effectively become a Raphael.

The great and revolutionary historical contribution made by the capitalist Mode of production is the unleashing of productivity. This aspect will be kept and reinforced by progressive post-capitalist Modes production. Thanks to the cyclical reduction of the working week, Socialist and Communist–i.e. demo-cratic–Modes of production will reconcile the unstoppable development of the productive forces–Necessity–with the necessary simultaneous development of the social relations of production, hence Liberty. The current neoliberal and Monetarist dream to engineer a return to a new domesticity and a new salaried slavery is doomed to fail, and as a matter of fact it is now travelling through the last phases of its regressive historical cycle.

The March towards a truly demo-cratic and strictly egalitarian society implies a great leap forward for Human civilization. As Rosa Luxemburg aptly phrased it and as the current ethico-political and socio-economic crises once again demonstrate, the choice is between Socialism and Barbarism.