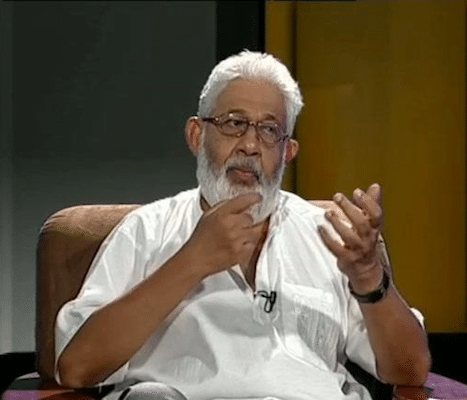 For once the Economist, mouthpiece of the elite, had an intelligent piece on Britain’s Labour Party–The “Great Transformation”, Economist 15 May 2018. I don’t know if finally the intellectual penny has dropped or if the magazine is waking up to the possibility of Corbyn as Britain’s next prime minister. The piece focused on John McDonnell, closet Marxist, shadow Chancellor of the Exchequer and brains behind Labour’s reinvigorated economic thinking. In a mealy-mouthed way the piece conceded that the Economist had never understood Labour or its economic outlook and did make a long overdue effort to get to grips. Almost in passing it made an intriguing point: “Corbynomics is not what Labour’s opponents believe it to be. It owes more to little-known 20-th century economists than it does to Marx” and singled out a less known Austrian economist Karl Polanyi, whose theories are at odds with the much despised but well-known Austrian School of neoliberalism, marginal theory and monetarism.

The article motivated me to examine Polanyi’s five-lecture course published by Bennington College, Vermont, USA and his magnum opus The Great Transformation (1944). Readers too lazy to plough through all this will find an easy to read review of his work by Matthew Watson, Christopher Holmes and Ben Clift of the University of Warwick at “Karl Polanyi, The Great Transformation and a new political economy”

Polanyi opines that human economy is submerged in social relationships and he proposes an ethnographic approach called “substantivism”, in opposition to formal economics. He argues that the term ‘economics’ has two meanings. The formal meaning, used by economists, construes it as rational decision-making and choosing between alternative uses of resources. Substantivism views humans as beings who interact organically with their social and natural environments. Society’s livelihood activities are/should be adapted to social and cultural settings and the environment. The economy is/should naturally and organically be in consonance with social life and social mores.

Prior to the Industrial Revolution, Polanyi argued, society was mediated by house-hold production, reciprocity and redistribution. Most people grew the food and made the goods they needed, there were no universal markets; weekly fairs where occasional events where things were exchanged or sold; production was for domestic or local consumption (house-holdism). People supported one another without exact calculation, goods were often shared (reciprocity). Poverty, unemployment and hunger of some in a village while others acquired great wealth was unknown (redistribution). The gigantic wealth and income inequalities of today were unknown in olden times.

The market economy that we now worship is not a natural thing Polanyi says. It was created by classes and forces and co-evolved with the nation state. This was the Great Transformation he wrote about. Its emergence altered human mentality; it changed the way in which we think. We now live by a new normal–market economics. The way people now think and behave conforms to classical and neo-classical economics (pay your mother for breast feeding, demand money for blood donation), but it is not natural or organic. It is the outcome of class and state and is a post Industrial Revolution creation. He argues that market society (capitalism) is unsustainable because it is unnatural and does not correspond to the organic needs of humans living as social creatures.

Polanyi rejects neoclassical economics (the Austrian School in particular) as an abstract model that has lost sight of the organic and the human. His position is in trenchant opposition to Friedrich Hayek’s neoliberalism though the latter’s Road to Serfdom was actually published in the same year (1944) as The Great Transformation. If Hayek is extreme right-wing and Keynes a middle of the road advocate of state intervention to correct the instabilities of untrammelled market capitalism, Polanyi’s anthropomorphism (substantive-socialism) is by comparison, left.

Polanyi’s model of early capitalism proposed a ‘double movement’ of social transformation on two planes. The Industrial Revolution created misery and hardship, it gave birth to the urban poor in hovels, the huddled masses of Dickensian novels. Preindustrial society was eulogised by Goldsmith and idolised as “Sweet Auburn loveliest village of the plain where health and plenty cheered the labouring swain”. Then came the Industrial Revolution which tore people from the land, transformed them into wage labour and formed a depraved proletariat. Goldsmith poetry was Polanyi economics.

However, and at the same time, a reflexive response also created social welfare, charity, the poor laws and the Methodists. Social welfare was the dialectic intertwined into the fabric of capitalist exploitation and misery. This dialectic, the subjugation of man to the market, must now be inverted and market relations used by man as a tool only to the degree needed. The power of economics as the law governing and dominating society to its own rationalities, must to be eradicated and society made redistributive, reciprocal and fair. That is, Polanyi wants to transcend capitalism in morally and ethically humanist ways. I will return to the relation between this and the ethos of the Britain’s Labour Party and the traditions of its working class after a quick theoretical point.

What is the relationship between Polanyi and Marxism? Is his contribution an extension of Marxism, is it a revision, or is Polanyi not a Marxist of any hue at all? Instead of a focussing on technology (forces of production) and class relations Polanyi steered towards a holistic view that gave equal if not more prominence to social mores and culture. Therefore, arguably his insights though valuable, weaken historical materialism. Did Polanyi go too far and lose sight of the materialist woods for the trees of social relations, welfare and culture? Though this would be the response of some, it is no secret that Polanyi was an active member of revolutionary movements in his native Austria and his wife a card-carrying member of the communist party. Therefore there is a school that sees Polanyi’s work as an extension and a filling out of Marx. Personally, I see the point and I concede the value of his contribution, but in the final analysis as a hard Marxist scientist I have my reservations.

One para is enough theory for one day! I now return to my theme; locating the socialism, welfare-economics and humanism of the Corbyn-McDonnell Labour Party programme.

To grasp Corbynomics–Corbyn-McDonnell economics, Labour’s manifesto (“For the Many not the Few”, subtitle for a Better, Fairer Britain) and its sharp leftward turn–you can omit Marx and begin with an appreciation of the legacy of British social-democracy and its working class movement; the road traversed for 200 years. On the mileposts along this road you will see carved out the names Robert Owen (1771-1858), Keir Hardie (1856-1915), Sylvia Pankhurst (1882-1960) and Aneurian Bevan (1897-1960). The second great transformation, the one on this road, was the world’s prototype social-democratic welfare state, the post-WW2 Atlee Government. The great treachery on the journey was a false-turn denoted by the signpost ‘Traitor Tony Blair went this way’.

Corbonyomics is not crypto-Marxist, radical-Bolshie or in the mould of great revolutionary events on the European Continent after 1789. No it is autochthonously and quintessentially British. And mark that I say British not English–Keir Hardie was a Scotsman as was Labour’s working class bastion Glasgow; most coal mines were in Wales and Bevan was Welsh. Fairness and reasonableness are as much condiments of British culture as gung-ho pushiness is American. If Labour can persuade the public that its programme is fair and reasonable, that reversing the ruination of National Health started by Thatcher and finalised by Blair is humane, that renationalisation of railways, electricity and water will restore efficiency in the provision of public goods, then it will comfortably win the next election. For that the quintessential message of home-grown fairness must get across.

I doubt if Jeremy Corbyn or John McDonnell are familiar with Polanyi, but the grown-on-native soil, culturally autochthonous socialism that Polanyi preaches, plays the same melody as Labour’s current strategy. Embellished by fairness, as fair and caring socialism, Labour will achieve more than victory, it could be a landslide. Ideology does not sell in Britain, reasonableness, caring and fairness does. Bothersome British! Over here in Lanka we prefer things the other way round; so do the Americans.

Radicalism and a Labour-left vision are needed to motivate the youthful hundreds of thousands who have flooded into the party and the grassroots Momentum organisation which has 170 branches and over 40,000 members. The young need their shot of hard-stuff to sustain enthusiasm and energy, but the whole enterprise must be resolutely directed towards bringing Labour to power.

A postscript on Polanyi

The two big names in Twentieth Century economics who influenced countries and continents are Keynes and Hayek. Keynes reigned supreme from the Great Depression till the 1970s then Keynesian economics collapsed because it was debunked by stagnation, inflation and the flop of welfare within capitalism. Hated neoliberalism, whose high priest was Hayek, then became gospel first for the IMF and then Pinochet, Regan and Thatcher. Hayek came to an equally melancholy end. The death rattle was first heard in the 1990s in the dot-com bust, then financial instability in the 2000s showed that the end was near; the coffin was finally nailed down in 2008.

Three less known economists–Piero Sraffa, Herman Minsky and Karl Polanyi are much more important than the mainstream. Most economics Nobel winners after Milton Friedman are trash; ideologists and carpetbaggers of an ailing order. Friedman was profoundly reactionary but no denying he was cleaver and his monetary theory has been intellectually productive. Sraffa (value theory of commodities), Minsky (investment and financial risk analysis) and Polanyi are a cut above the Nobel lot and if Labour pulls off an election victory the last named will be the most interesting because of his conceptual originality. This of course says nothing about the success or otherwise of a Corbyn led Labour Government. That depends on many factors, not only the government itself and on Britain and Brexit, but also on global history–Europe, America and the fate of stricken global capitalism.