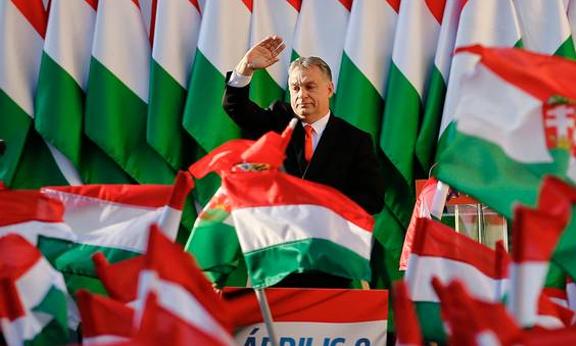 Far right politics is making a comeback. And with it comes political anti-Semitism. In the English-speaking world, quasi-fascist “alt-right” milieus increasingly consider the “JQ” (“Jewish question”) an important component of their political war against immigration, liberalism, socialism and “Islamisation”.

In Europe, the far right attempts to deflect economic and social anxieties into hatred towards immigrants, especially Muslims and Africans, while strengthening the power of the state to crush internal opposition. Posing as subversives, they claim to be challenging a global Jewish conspiracy.

They have imitators around the world, including in Australia, who are experimenting with ways to communicate these poisonous ideas to a new audience. Defeating them will require an anti-racist opposition that can draw the connections between anti-Jewish conspiracy theories and anti-Muslim, anti-migrant racism.

The challenge of understanding and fighting anti-Semitism is not helped, however, by the advice of the International Holocaust Remembrance Alliance (IHRA).

IHRA was founded in the late 1990s to promote education and awareness about the Holocaust. In 2016, it published and circulated a “working definition of anti-Semitism”, which has been at the centre of several significant controversies.

The definition is very brief, and appears unobjectionable. Anti-Semitism is,

A certain perception of Jews, which may be expressed as hatred toward Jews. Rhetorical and physical manifestations of anti-Semitism are directed toward Jewish or non-Jewish individuals and/or their property, toward Jewish community institutions and religious facilities.

That’s fine. But the definition has associated guidelines, which are inseparable from, published alongside and contain the political content of the working definition–a list of examples of anti-Semitism that includes “denying the Jewish people their right to self-determination, e.g., by claiming that the existence of a State of Israel is a racist endeavour”; “applying double standards by requiring of [Israel] a behaviour not expected or demanded of any other democratic nation”; and “drawing comparisons of contemporary Israeli policy to that of the Nazis”.

None of these are anti-Semitic. Let’s go through them.

The state of Israel carries out a deeply racist colonial ethnic cleansing project. To suggest that it is anti-Semitic to point this out is equivalent to saying that opposing South African apartheid made someone anti-white, that pointing out Indonesia’s racist treatment of West Papuans makes you an anti-Indonesian racist or that calling out the oppression of Tamils and Muslims in Sri Lanka makes you anti-Buddhist–preposterous claims.

(The authors of the guidelines use the phrase “a state of Israel”. A generous interpretation of the use of the indefinite article, “a”, rather than the definite article, “the”, is that one test of anti-Semitism might be whether someone opposes in principle any state of Israel, even if there were a parallel universe in which its creation did not come at the expense of another people’s national, political or civil rights. This is just deflection: generating an abstract debate to avoid the real status, behaviour and history of the state of Israel.)

What about “applying double standards”? Whether Israel is a genuinely democratic nation is debatable, given that millions of its subjects live under military occupation with no real political rights. But let’s put this aside.

The charge doesn’t hold water when used against the left. Take the example of Australia. The left here has for decades labelled the Australian state racist (and genocidal) and has campaigned alongside Aboriginal people for land rights and political recognition, among other things. So it is not a display of double standards to strongly criticise Israel; it is a consistent application of anti-racist principles. (This didn’t turn us into “self-haters” or haters of our non-Indigenous neighbours, by the way.)

Even the weaker version of the “double standard” test fails. For example, one charge against Israel’s critics relates to the attention Israel receives for its crimes compared with, say, the volume of criticism directed at Iran or other human rights abusers. The only explanation of this, it is claimed, is that the critics must be more inclined to see injustice if it is carried out by Israel, and therefore Jewish people.

There are two reasons it is legitimate for Australian leftists to spend more time highlighting Israel’s crimes than the crimes of some other states – even though we criticise the brutal Iranian regime, and other regimes around the world.

First is the longstanding and vocal struggle of the Palestinians against their oppression. Repeatedly, Palestinians have fought back and called for international solidarity with their just cause. It is a basic question of solidarity to respond to and highlight such a struggle and the conditions under which it is waged.

Second is the special responsibility for people in Australia not to mute criticisms of Israel. There is no country in the world in which successive governments have been more supportive of Israel. There are few countries in the world in which establishment institutions have developed such close ties with Israel. So part of our criticisms relate to an argument within Australia about the country’s foreign policy.

This isn’t the case with most other countries (certainly not Iran). But when it is–for example, in the case of United States–we highlight that country’s war crimes and crimes against humanity and call for a break to the military and political alliance. This is a longstanding position with regard to the US. But being vocally against U.S. imperialism and its crimes does not make us anti-American or in any way hostile to U.S. citizens.

Finally, comparisons between the actions of Israel and those of the Nazis are highly charged, but if we–Jews and non-Jews–are to learn from the experience of the Holocaust, we sometimes have to be able to draw analogies.

While there is no Holocaust of the Palestinians, no systematic attempt to exterminate the entire population, echoes of the period preceding the Jewish Holocaust can be heard in the militarised ultra-chauvinism of the Israeli state and its ghettoisation and robbery of the oppressed Palestinians.

Israel’s actions have been praised, and compared in this way, by many modern fascists and fascist sympathisers; this speaks volumes about the situation. (Those of us who take inspiration from the heroic resistance of Jews in the ghettoes can only be similarly inspired by the long struggle of the Palestinians.)

It might seem ironic that members of the far right draw inspiration from the methods of Israel. But they can be anti-Semites and supporters of Zionism, in alliance with Jews over there while persecuting Jews at home–and believing that the Jewish population of the world should move to Israel.

Witness Viktor Orban’s election in Hungary earlier this year. Orban’s Fidesz party came to power through a highly charged Jew-baiting campaign about George Soros’ purported conspiratorial influence. As one headline in Israeli newspaper Haaretz noted the day after his election, “Orban blamed all of Hungary’s problems on a Jew–and won, big time”.

Yet he was rewarded with an invitation to visit Israel, extended in a phone call from Benjamin Netanyahu, reportedly the first foreign leader to congratulate Orban on his victory because of his defence of Israel in international forums.

One purpose of the IHRA guidelines is to expand the concept of anti-Semitism to include legitimate anti-racist criticism of Israel. This is a common manoeuvre in anti-Palestinian and anti-leftist politics. But for those of us familiar with this slander, the IHRA move stands out as particularly pernicious.

Binding together the guidelines and the working definition allows a particular political trick to be executed by Zionist activists. They can move motions–in student unions, political conferences, trade unions and so on–encouraging a body or organisation to adopt the IHRA definition of anti-Semitism.

If the body accepts the definition, then it is assumed to have also accepted the guidelines. But if anyone votes against the definition because it is moved with the guidelines, then they can be smeared as anti-Semites for having voted against an inoffensive and straightforward description of anti-Semitism.

For the last couple of years, various advocates for the Israeli state–principally from the Australasian Union of Jewish Students, the notoriously dishonest Zionist student federation with close connections to both the Liberal Party and the right wing of the Labor Party have been moving from student union to student union, proposing the adoption of the IHRA definition.

When the definition was adopted by the National Union of Students last year, the Executive Council of Australian Jewry issued a press release that focused largely on the guidelines defining criticism of Israel as a form of anti-Semitism. It sank the boot into Socialist Alternative, the largest left wing faction in the national union, whose student delegates, it said, “acted in the worst traditions of Marxist dogmatism” by abstaining from a vote.

This indicates that those promoting the IHRA definition aren’t campaigning about real anti-Semitism, but using the guise of anti-Semitism to attack the anti-racist left who apply their anti-racist politics to the actions of the Israeli state.

IHRA-based motions have been moved around Australia, often with similar controversies. They have also been moved, with identical intentions and outcomes, in British student unions.

A version was adopted this year by the U.S. state of South Carolina. To combat anti-Israel attitudes on university campuses, Republicans tacked it onto a budget bill. They banned “sanctuaries” for undocumented migrants and attempted to defund some abortion clinics. It was not a great day for anti-racist or progressive activism, but it was a good day for right wing Republicans and, presumably, the IHRA.

Earlier this year, the U.S. Congress considered an “Anti-Semitism Awareness Act” that contained a version of the IHRA definition. If it had been passed, anti-Zionist campus activism could have been declared discriminatory under American civil rights law and therefore made illegal.

The legislation was defeated after public opposition from such groups as Jewish Voice for Peace, the American Civil Liberties Union and the Alliance for Academic Freedom. When it was first considered in 2016, an open letter signed by Jewish academics described the problem:

This bill fails to confront the real threats facing Jews in America. Instead, this bill poses a threat to human rights advocates, scholars, and students. It is no coincidence that many of these students are Muslim and/or people of colour, and are facing similar targeting from a resurgent far right.

The Holocaust is the greatest crime of the world fascist movement. With fascism experiencing a comeback, and anti-Jewish politics with it, there is no excuse for using false accusations of anti-Semitism against the anti-fascist left.

Those who use the IHRA definition opportunistically to smear anti-Zionists and anti-fascists are playing political games in the face of a growing global fascist movement. They are undermining attempts to build a broad and confident anti-racist coalition, which is a most important task in confronting fascism today.