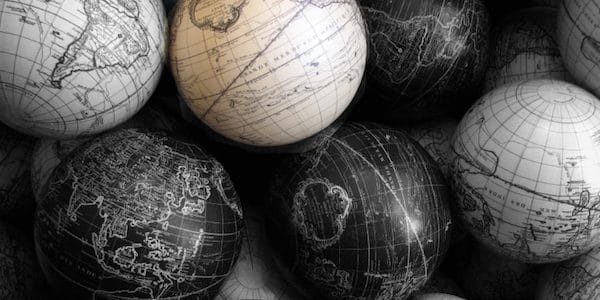 I’m in Paris today visiting my daughter and her family for a week, and then bringing my bi-lingual grandson, who has dual citizenship, back to New York for the summer. Since he was born over eight years ago, the family has been anticipating doing this. It’s a wonderful time for us. Within our circle of love, these are good times. But, beyond our circle, we know times are dark. Here my thoughts from Paris concerning the most profound challenges to democracy in my lifetime.

Focus matters. Up close, I follow the news in detail, each abominable act, every unbelievable tweet. From afar, I know I am missing details, but think I may be seeing more clearly the big picture. When I am in the thick of it all, I believe, I may not fully realize how bad things have become, but at a distance, the horror is stark.

It appears to be fascism, in many ways. Not a fascist regime, to be sure, but a fascist movement led by its leader, the President of the United States.

I am a sober person, with deep aesthetic and moral appreciation of the beauty of the gray. I believe it is of crucial democratic importance not to vilify your opponents, to understand and try to persuade them and to be open to be persuaded by them. I think it is imperative to seek common ground with people with whom you disagree. Yet, when it comes to the emerging order of things in Washington, this is no longer possible. The leader and a significant portion of his supporters are not my democratic opponents, but my enemies, enemies of democracy.

It’s been a good week for fascism in America. The Supreme Court legitimated the Muslim ban. Immigrants have been vilified as criminals. Zero tolerance of immigrants has revealed its pathological aspects. And a “concerned citizen” has taken up arms against fake news, killing five journalists, “prompting law enforcement agencies around the country to provide protection at the headquarters of media organizations,” according to the much vilified “failing New York Times,” as the great leader would put it.

He, further, declares that illegal immigrants are infesting America. His supporters cheer, and those in his party who should speak up in protest, remain silent. The children of asylum seekers are forcibly separated from their parents, and when this is retracted, they are incarcerated together at military bases. Racial and gender justice, unions, the environment, public education, consumers and voting rights are all being officially attacked.

The leader divides the nation between real Americans, his supporters, and his enemies, anyone who questions his policies, but especially his person. He is governing, as he campaigned, remaining true to his conviction, declared in his address to the Republican Convention: “I am the only one who can fix our problems.”

The fascist leader lies and cheats. His might makes right. His repeated lies become the asserted truth, propagated by the semi-official news bureau, Fox News and Company. The leader speaks and tweets, and his supporters follow. He can do nothing wrong. Everything he does is the greatest in his own mind and the mind of his most loyal supporters. He boasts and deceives. He asserts, proclaims and dictates, but doesn’t persuade. He doesn’t reason. He speaks only to and for his fervent supporters, “his base” in the contemporary jargon. Others, he ignores, when he doesn’t attack.

I have been thinking about this for a long time, but never put it bluntly in writing. Even as I do so now, I worry that I may be exaggerating. Yet, from here in Paris, I am becoming convinced that this is not “tyrannophobic.” The leader may not be committed in principle to his dictatorship. He may not even aspire to be a tyrant. I am not sure he is thoughtful enough for such aspiration. Perhaps, its just that he is a behavioral tyrant, very much legitimated by his mass supporters, and enabled by the cynical unprincipled leaders of the Republican Party, and an obliging Supreme Court.

Democracy requires differences of opinion and views competing with each other, sometimes with civil politeness, but sometimes quite aggressively. It’s a messy and often unpleasant business. The fascist leader substitutes assertion and applause.

He entered the central political arena by repeatedly fabricating claims. He had proof that the nation’s first African American President of the United States was not an American citizen. The great leader governs with the single commitment to undo everything his predecessor accomplished. Racist to his core, he, a serial sexual predator in word and likely in deed, announced his presidential candidacy attacking Mexican rapists.

The media are enemies of the state, the worst sort of people, he declares. He befriends dictators, vilifies the principled democratic leaders of our traditional allies. He steals from the poor to give to the rich, and pretends he’s Robin Hood.

Jeffrey C. Isaac got it right, in his last blue Monday column, his recent update of the slow development of fascism in our times, chronicled in his book, #Against Trump (for a free download click here). “It is happening here and now.” Isaac’s consideration of how to respond is serious and challenging.

I believe Isaac wrote his piece in Bucharest. I don’t think it is an accident. Distance does enable insight. His blue sensibility is a kissing cousin of my gray one. We have to be clear about the challenges we face, but we also must be open to those who understand the challenge, but think differently than we do. I fear that even among our friends on the left and in liberal circles, the substitution of assertion and applause for democratic political interactions is a temptation of our times. Social media and algorithms promote this, but there is something more involved.

Here in Paris, I am continuing my decade long conversation with Daniel Dayan, and we have agreed to develop the theme of the substitution of assertion and applause for democratic deliberation together in an upcoming Public Seminar series. Our conversation is now predicated upon an understanding of the unique situation we are in. The fascist threat is no longer a matter of peripheral politics. It may now be entering the center.

Thus, in my judgment, Mike Isaacson’s intriguing piece, “Antifa vs. Nazis: Where Has All The Violence Gone?” presents an interesting set of observations, but misses the broader picture that is clear at a distance. Looking closely at the interaction between the violent anti-fascists and Neo-Nazis, Isaacson declares: “Despite warnings of precipitating a nascent civil war, antifascist violence has ended with the retreat of the far right.” He notes the history: when fascists are silenced by violent antifa, it becomes less prominent and its violence dissipates, explaining this through his critique of the meaning of both speech and violence. Yet, it seems to me that the proclaimed victory of antifa, of anti-fascist violence, over fascism, may be premature.

Now that a kind of behavioral fascism can be found in the very center of actually existing liberal democracies, much more creative forms of resistance must be pursued. Street fighting is not the way to resist Donald Trump. The most radical form of resistance involves creative politics and civic action. Storming the barricades against a global superpower won’t do the trick. Somehow the center of American politics has to exclude the fascistic again.

Looking toward the future, I reflect on the past. I believe it is imperative that liberals and leftists confront each other, as they work together in common cause. The leader, and his Republican Party enablers, must be defeated at the polls. I also think that something more than anti-fascism is required. Positive solutions to pressing problems of gross economic inequality and depravation, racial, gender and sexual injustice, xenophobia, and systematic mis-education are very much needed.

I have long been inspired by what I have named “the politics of small things”: a form of power that is built upon people acting in concert, based on shared principles, apart from official and state politics. I developed this idea as I worked to make sense of the great democratic transformations of 1989, especially the decade that preceded that fateful year. This power was a key to the resistance of social actors constituting themselves as independent political actors, apart from the repressive states of the Soviet bloc.

But I also know that the competition for state power and party politics are the central deciding arenas. In this, coalition politics is essential: democrats, left, right and center, need to find common grounds for action, respecting their differences.

The combination of party politics and the politics of small things, of social movements and civic action, can support both anti-fascism, and radical, liberal and conservative alternatives to the fascistic. There is a need for a broad popular front against fascism, with people in their differences acting in solidarity, pushing political positions through active participation.

I am not an optimist, although over the years, I have been accused of being one in my recognition and analysis of public zones of autonomy in Communist societies and my appreciation of the alternatives Barack Obama presented in American political culture. I have never been convinced that positive political change was certain, but I have explored its possibility. Now, I do faintly see a set of alternative actions that might get us out of this mess: Popular Front, Solidarity and Participatory Democracy.

Jeffrey C. Goldfarb, the Michael E. Gellert Professor of Sociology at The New School for Social Research, is the Publisher and founder of Public Seminar.