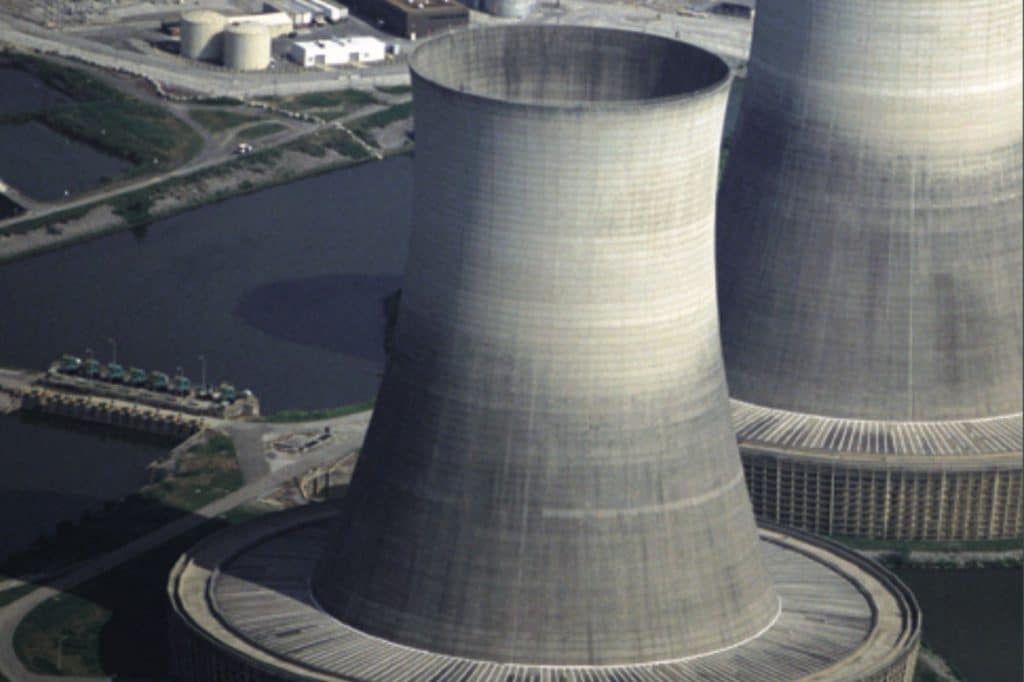 In June 2018, U.S. President Donald Trump reportedly ordered the use of emergency federal powers granted by the 1950 “Defense Production Act, a Cold War-era statute once invoked by President Harry Truman to help the steel industry”, to force electric utilities to purchase electricity from coal and nuclear power plants that are making financial losses. If this is followed through, the result would be an increase in electricity bills for ratepayers around the country. While the decision to bail out coal plants can be traced to the election campaign where he promised to bring back coal mining jobs, the effort to subsidize nuclear plants might come as a surprise to some, especially those who have witnessed the nuclear industry talking about the low generating costs of nuclear plants. How has this state of affairs come to be? Specifically, why are utilities shutting down nuclear power plants? How do all these changes impact the general public?

Nuclear power plants have always been enormously expensive. In the 1970s and 1980s, many utility companies learned this lesson the hard way, abandoning about forty projects because their actual costs vastly exceeded estimates. Most spectacularly, in August 1983, the Washington Public Power Supply System “formally declared that it could not repay $2.25 billion in bonds used to finance partial construction of two now abandoned nuclear power plants in Washington State,” creating “the largest municipal bond default in U.S. history.” In most cases, companies recouped their losses by raising electricity prices.

In part because of skyrocketing costs, no American utility company started construction on a nuclear plant between 1979 and 2012. As the Office of Technology Assessment put it in 1984, nuclear power “is an option that no electric utility would seriously consider.”

The problems weren’t limited to price. On March 28, 1979, following a cooling system failure, one of the two reactors at the Three Mile Island power plant in Pennsylvania partially melted down. Fortunately, it released only a relatively small amount of radioactivity into the atmosphere, but the accident nevertheless motivated the relatively new Nuclear Regulatory Commission (NRC) to significantly tighten safety rules, further increasing costs and turning public opinion against nuclear power.

These regulations do pay for themselves: the cost of remediating a nuclear accident is much higher than upgrading safety systems. Current estimates of the 2011 Fukushima meltdown’s economic impact run between $200 and $600 billion. In comparison, the Georgia and South Carolina plants should only cost around $20 billion each.

Nuclear reactor companies reacted to the slump with two strategies. First, they spread a comforting but ultimately false narrative: we have devised techniques to cheaply construct reactors. Indeed, as the description of its AP1000 reactor illustrates, Westinghouse, which has directly or indirectly designed the majority of the world’s nuclear reactors, was a leading purveyor of this story.

Touting various buzzwords like “modular construction techniques,” Westinghouse claimed that “plant costs and construction schedules benefit directly from the great simplifications provided by the design.” The company presented absurdly low estimates for construction time and the cost of electricity generation. These projections — and those of its competitors, who were peddling their own solutions — went spectacularly wrong. Many of the innovations just created new problems, and the reactors proved significantly more expensive than claimed.

Second, the industry launched a massive campaign to establish nuclear power as essential to a variety of goals: reliable electricity supply, climate change mitigation, job creation, and technological leadership. The climate mitigation claims worked best, attracting allies outside the nuclear power sector, including those who identify themselves as environmentalists, like James Lovelock, Patrick Moore, James Hansen, and George Monbiot.

Practically all of these arguments were challenged and sometimes debunked. But independent analysts’ efforts to counter this case could not compete with the nuclear industry’s superior financial power and capacity to spread propaganda.

By the time the second Bush administration took power, the industry’s work had paid off and many policy makers had come around to believing that a new round of nuclear power plants should be constructed.

In 2001, a team led by Vice President Dick Cheney released an Energy Plan recommending that “the President support the expansion of nuclear energy in the United States as a major component of our national energy policy.” The Department of Energy, for its part, announced “A Roadmap to Deploy New Nuclear Power Plants in the United States by 2010.”

To actually build these reactors, however, the government had to turn to utility companies, who didn’t trust vendors’ promises of inexpensive and easy-to-build reactors. So the government did what it often does: it made citizens cover the risks, giving utility companies a number of ways to insure against loss. A 2008 Congressional Budget Office (CBO) report explained the purpose of these programs:

Loan guarantees and insurance against delays reduce the financial risk of investing in advanced nuclear power plants by transferring risk to the public. The reduced risk means investors would incur lower costs for financing construction and other activities before a plant began operating.

The CBO added a cautionary note: “economic theory suggests that such incentives cause recipients to invest in excessively risky projects because they do not bear all the cost of a project’s failure.” And so they did.

But even this assistance wasn’t sufficient for utility companies to start building new reactors. Because electricity in about a third of the country is bought and sold like other commodities, with the price determined by market competition among different generators, companies have no guarantee that electricity it produces will sell at a price high enough to pay back investors and create profit.

In regulated states, however, the public service commission or some similar regulatory body can deem an energy project necessary and allow investing companies to charge customers for costs plus profits. The only two nuclear power projects that took advantage of the Bush era subsidies were located in Georgia and South Carolina, two regulated states. Both projects involved Westinghouse’s AP1000 reactor.

The companies involved in constructing the Vogtle reactors, Georgia Power, Oglethorpe Power, and MEAG Power, obtained $8.33 billion in loan guarantees. They also brokered one more deal to ameliorate their risks: the 2009 Georgia Nuclear Energy Financing Act, which allowed the utilities to pass all financing costs for their loans on to consumers.

Having received this support — and a state guarantee that all electricity would be purchased — these companies’ profits surged: Georgia Power’s returns jumped from $950 million in 2010 to $1.15 billion in 2011 to $1.26 billion in 2015. Top executives saw their salaries grow, too: last year the CEO of Southern Company, Georgia Power’s parent company, took home $15.8 million.

In the meanwhile, there were massive cost increases and construction delays at the two nuclear power plants being built in Georgia and South Carolina. Since construction began in 2013, the estimated costs of these projects had run billions of dollars over initial projections, and both plants were about three years behind schedule. As problems mounted at these sites and at similar projects in China, Westinghouse tried to resolve them through a complicated series of corporate acquisitions and sales.

Meanwhile, its parent company, Toshiba, had experienced massive losses over successive years and faced sinking stock prices. In January 2017, Toshiba decided to halt construction on nuclear reactors overseas but continued to provide Westinghouse with funds to cover the ongoing projects. $900 million later, Toshiba finally pulled the plug. In March 2017, Westinghouse Electric Company, a subsidiary of Japan’s Toshiba Corporation, filed for bankruptcy protection. Thanks to the financial troubles of Westinghouse and the utilities involved in constructing these projects, appetite for constructing new nuclear plants has mostly vanished in the United States.

For decades, the nuclear industry’s answer to this problem of high construction costs, was to claim that once the reactor is constructed and paid for, the reactor will generate low-cost electricity that can be sold for handsome profits. That story no longer works. Marginal costs associated with producing nuclear electricity have risen while the corresponding costs for its competitors—power plants based on renewable sources of energy such as solar and wind, and natural gas—have declined. This is why some utilities are shutting down nuclear reactors even though they are licensed to operate. Analysts estimate that “more than one quarter of all nuclear plants don’t make enough money to cover their operating costs, raising the threat of more early retirements”.

But the nuclear industry and its supporters continue to exert considerable political power. They have managed to get governments in at least three states–New York and Illinois and New Jersey–to massively subsidize the operations of their reactors and allow them to reap more profits; similar efforts are ongoing in other states, such as Pennsylvania and Ohio.

All of these are, of course, only the direct present costs. There are also long term costs associated with dealing with shut-down reactors and their radioactive parts, nuclear waste, and, on occasion, the catastrophic impacts of severe accidents such as the ones at Fukushima and Chernobyl. Those costs, again, are primarily borne by society at large, including by people who aren’t even born today. Much about the nuclear industry in the United States reflects how large corporations operate under today’s capitalist system, namely by socializing costs and risks, and privatizing profits. Understanding how this microcosm operates will help elucidate—and challenge—the system as a whole.

M.V. Ramana is the Simons Chair in Disarmament, Global and Human Security at the Liu Institute for Global Issues in the School of Public Policy and Global Affairs, University of British Columbia and the author of The Power of Promise: Examining Nuclear Energy in India (Penguin Books, 2012) and co-editor of Prisoners of the Nuclear Dream (Orient Longman, 2003). He is a member of the International Panel on Fissile Materials, the National Coordinating Committee of the Coalition for Nuclear Disarmament and Peace in India, and the Global Council of Abolition 2000.