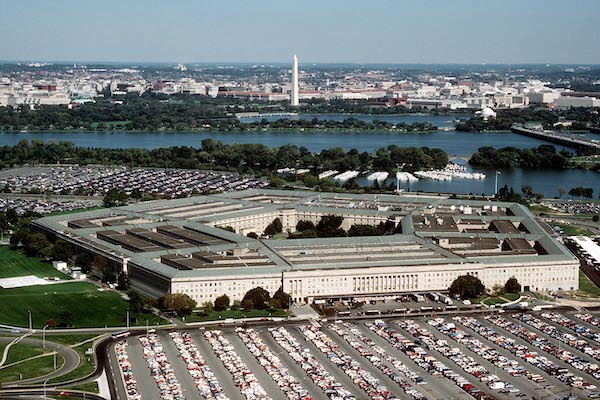 The Covid-19 global pandemic soured much of 2020. While a number of vaccines for immunizing populations have been rolled out in record time, we will likely never fully return to the pre-coronavirus world. It is also highly probable that the post-pandemic world will see the further consolidation of technological and legal regimes that enhance capacities for surveillance.

Governments from diverse political dispositions have responded to the pandemic by arming themselves with unprecedented emergency powers: instituting tight lockdowns and disregarding privacy with intense monitoring. Along similar lines, associational politics such as strikes and demonstrations have been aggressively curtailed. India offers a stunning example of how the pandemic can be recast as a security concern. The Narendra Modi government was quick to use the pandemic to not only crack down on ongoing protests over a new citizenship bill but moved on to then gut several labor, agricultural and environmental laws.

India was not exceptional and several other governments also preferred emergency governance rather than democratic deliberation to deal with the Covid-19 pandemic. It is in such a context that we should view President Joe Biden’s appointment of John Kerry as Special Climate Envoy at the National Security Council.

Kerry is well acknowledged for his role in the multilateral negotiations that led to the Paris Climate Accord. But he also espouses a problematic conflation of climate change and national security that will diminish chances of international cooperation, critical to solving a global challenge like climate change. In 2015, the then Secretary of State Kerry talked up climate change as a security problem that could threaten U.S. “military readiness”, flagging concerns about how flooded roads could prevent military vehicles from rapidly exiting bases or that wildfires could end up preventing “our troops somewhere from training with live ammunition.”

Readiness for what? The 800+ bases around the world underpin the U.S. empire, allowing the military to engage in multiple wars and threatening people all over the world in multiple ways: from being shot from a drone, to having their entire city reduced to radioactive rubble. The Pentagon is already funded at levels far exceeding the combined expenditures of countries like Russia and China. Casting climate change as a security threat only bolsters the power of militaries and militarized mind sets.

Many liberals assume that framing climate change as a security threat will persuade conservatives who might otherwise be skeptical of climate change. This argument is a slippery slope at best. Framing an issue as a matter of national security—what some academics call securitization—implies that the issue should be treated as an emergency outside of democratic deliberation, transferring the authority to act and “solve” the problem to the military. Do we really want this?

A teaser of how the Pentagon might respond is in the 2019 United States Army War College report on the “Implications of Climate Change for the U.S. Army”. One problem the report identifies is that climate change poses a threat to “Nucle¬ar Weapons Infrastructure”. Its recommendation is to “develop a long term 15 to 20 year tritium production plan…[that] should include projections of fiscal resourc¬es and military tritium requirements needed to maintain and modernize the U.S. nuclear stock¬pile”. In other words, the idea is to reorient climate change mitigation and adaption strategies to becoming agendas instead for stockpiling more materials for nuclear weapons. No mention here of the US obligation to pursue nuclear disarmament in good faith as laid out in the Nuclear Non-Proliferation Treaty or in the Advisory Opinion of the International Court of Justice.

The arms race that has characterized the nuclear age is also instructive: one country building up its arsenal provokes other countries (think US – USSR, China-India, India-Pakistan) to do the same, resulting in the manufacture of over 70,000 nuclear weapons. Framing climate change as a security threat will induce other countries to do the same, provoking competition rather than cooperation. That is a prescription for never solving the climate crisis.

Fusing together national security and climate mitigation agendas will fatally diminish the democratic space for carrying out environmental and climate justice struggles. Countries, moreover, will be encouraged to erect fortresses around their perceived interests rather than pursue common cooperation. The lesson of the Covid-19 pandemic—that it can only be tackled if conceived of in global terms—applies only too well to climate change.

As the celebrated author Arundhati Roy characterized it, the Covid-19 pandemic is a portal: “a gateway between one world and the next. We can choose to walk through it, dragging the carcasses of our prejudice and hatred, our avarice, our data banks and dead ideas, our dead rivers and smoky skies behind us. Or we can walk through lightly, with little luggage, ready to imagine another world. And ready to fight for it.” At least for those not involved in building and maintaining the US military empire, or those who seek to build the counterparts of this structure in other countries, viewing climate change through the lens of national security is best left behind while walking through the Covid-19 portal.

M.V. Ramana is the Simons Chair in Disarmament, Global and Human Security at the Liu Institute for Global Issues in the School of Public Policy and Global Affairs, University of British Columbia and the author of The Power of Promise: Examining Nuclear Energy in India (Penguin Books, 2012) and co-editor of Prisoners of the Nuclear Dream (Orient Longman, 2003). He is a member of the International Panel on Fissile Materials, the National Coordinating Committee of the Coalition for Nuclear Disarmament and Peace in India, and the Global Council of Abolition 2000.