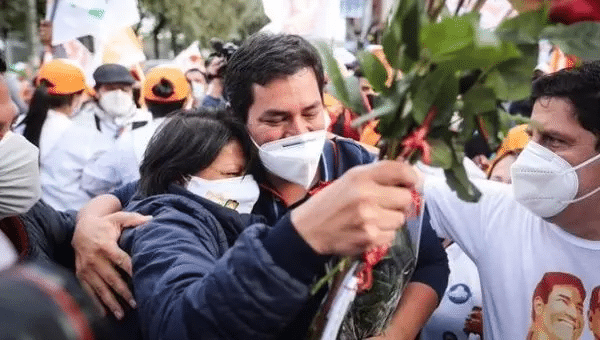 Once the Ecuadorian electoral process concluded at 5:00 pm, the private pollster Clima Social presented the results of an exit poll.

As established by Ecuadorian law, the report of these results was sent by the company to the National Electoral Council (CNE) which will present official results at 20h00 on Sunday.

“We won! A resounding victory in all regions of our beautiful country. Our victory is 2 to 1 against the banker. Congratulations to the Ecuadorian people for this democratic party. We will wait for the official results to go out and celebrate,” Arauz tweeted.

This is happening right now in Pedernales. Two electoral precincts have been merged into one at a minor educational unit. This seeks to prevent the people from voting. It is part of the fraud.

During an interview with teleSUR, political analyst Isabel Ramos stressed that Arauz’s victory is a significant achievement because it reflects that the Ecuadorian progressive movement managed to overcome all the obstacles placed by the establishment.

She also specified that the final percentages may vary when the CNE authorities issue the first official results.