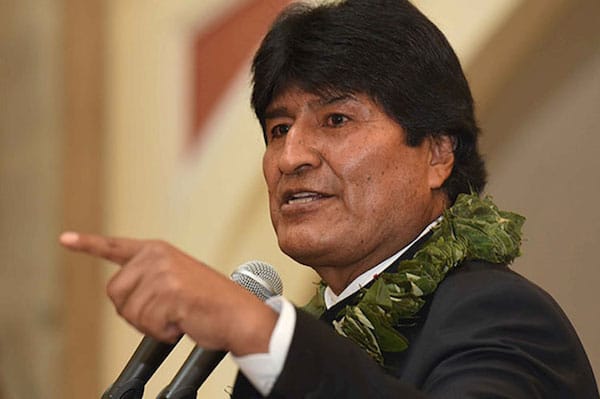 Bolivian President Evo Morales reiterated today the existence of armed invasion plans against Venezuela and the head of State, Nicolas Maduro, by U.S. President Donald Trump and his administration.

In his Twitter official account, Morales revealed the coup attempts of the U.S. government against the South American nation, whose evidence was published by that country’s own press.

“The U.S. press reveals that Trump raised to his immediate advisers the armed invasion against Venezuela in August of 2017, in a meeting at the Oval Office,” said the Bolivian dignitary.

He adds in his tweet that this proves the aggressions against brother President Nicolas Maduro are part of an imperialist coup plot.

With the aim of achieving destabilization in Venezuela, the U.S. administration approved sanctions against officials and companies, and promoted a process to suspend that country from the Organization of American States.