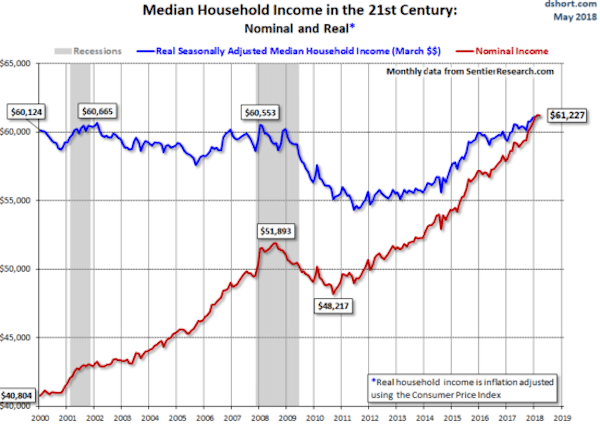 The 21st Century has not been a good one for most working people in the United States. In fact, for most of this century, real median household income has been below its starting value in January 2000. 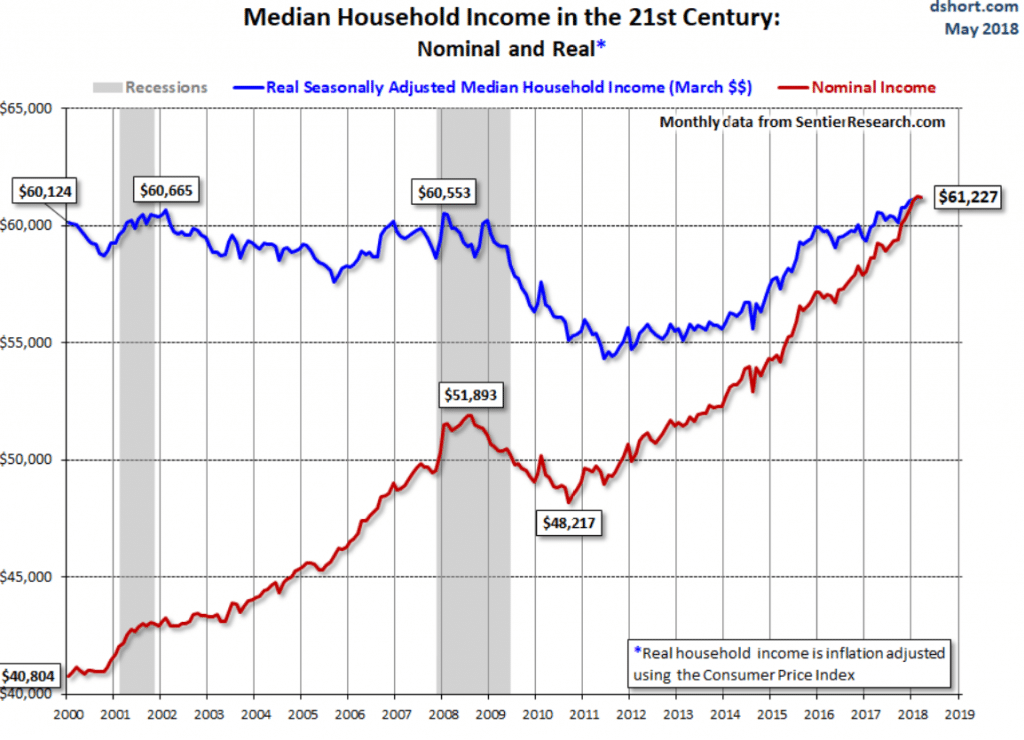 The next chart brings the pressures working families have faced this century into sharper relief. It shows the percentage change in real median household income, both monthly and using a three-month moving average, over time. It does this by dividing the value of each median income variable by its respective value at the beginning of 2000. 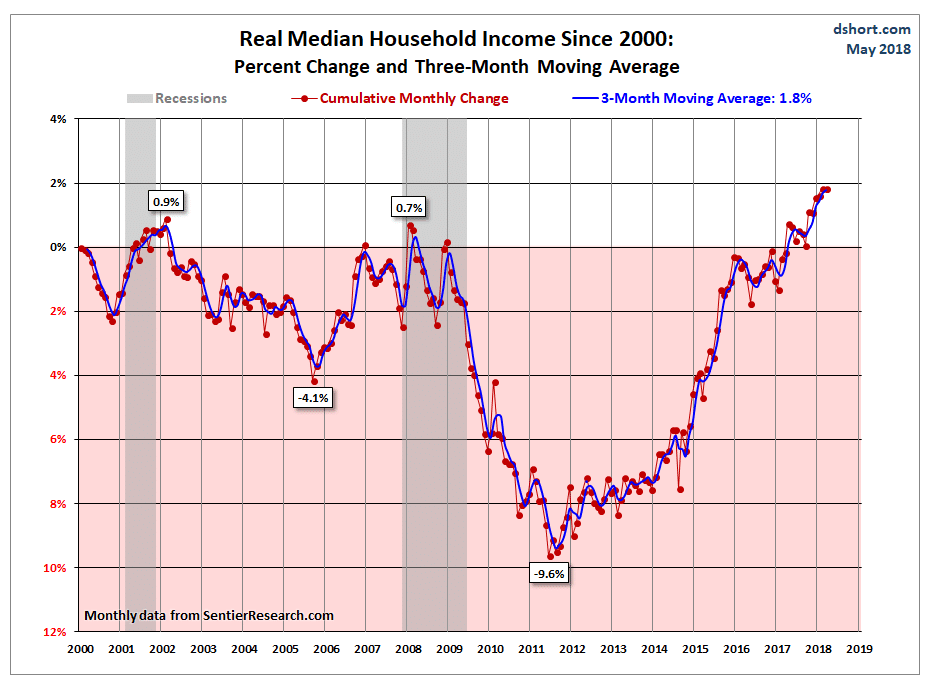 While encouraging, recent gains have been far too small to compensate for the many preceding years of actual loss. Moreover, it remains to be seen how much longer this expansion will continue. As the New York Times reported,

Federal Reserve officials are beginning to worry about a possibility that seems remote to workers who still feel left behind: the danger of the economy’s running too hot, destabilizing financial markets and setting off a rapid escalation in wages and prices that could force the central bank to slam the brakes on growth.

Translated, this means that if labor costs rise enough to eat into corporate profits, Federal Reserve officials will respond with interest rate hikes to slow down economic activity and weaken labor’s bargaining power. And so goes the new century.