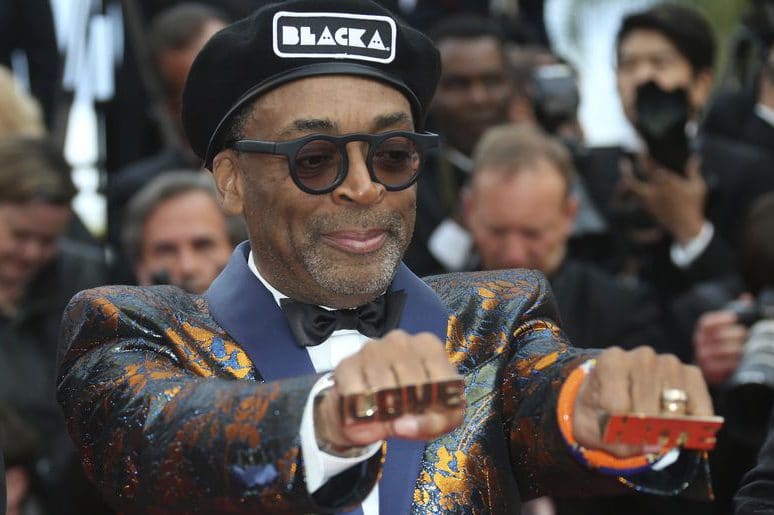 The following was transcribed from the original tweet by Boots Riley containing a critique of Spike Lee’s new film, BlacKkKlansman.

Here are some thoughts on BlacKkKlansman. This contains spoilers, so read no further if you don’t want the film spoiled. This is not as much an aesthetic critique of the masterful craftwork of this film as it is a political critique of the content of and timing of the film.

I also want to say, as I tweeted last week, that Spike Lee has been a huge influence on me. He’s the reason I went to film school so many years ago. He’s the first person I sent a demo tape of my music to when he had 40 Acres and A Mule Musicworks, and he has inspired me as a cultural critic as well. He never held his tongue about what he thought of Tyler Perry films or any other films that he happened to see and be displeased with. Spike doesn’t hold his tongue. Although I’m gonna lay out my disagreement, I hold him in highest respect as a filmmaker. I should also add that many people who helped make this film are folks who I know personally, and who I think are amazing folks with great intentions—and since they know me, they know I’m not gonna hold my tongue.

First, BlacKkKlansman is not a true story. A story not being “true” is not necessarily a problem for me—I have no interest in telling them myself at this time—but this is being pushed as a true story and it is precisely its untrue elements that make a cop a hero against racism. When I voiced some criticism before, a few people said “but it’s a true story!” It’s not.

It’s a made up story in which the false parts of it to try to make a cop the protagonist in the fight against racist oppression. It’s being put out while Black Lives Matter is a discussion—and that is not coincidental. There is a viewpoint behind it.

Here is what we know

COINTELPRO papers also show us that when White Supremacist organizations were infiltrated by the FBI and the cops, it was not to disrupt them. They weren’t disrupted. It was to use them to threaten and/or physically attack radical organizations. There was no directive to stop the rise of White Supremacist organizations. The directive was to stop radical organizations. The White Supremacists were Infiltrated to be more effective tools of repression by the state. In some cases, it was the undercover cops who came up with plans and literally pulled the trigger on assassinations. This happened in church bombings of Civil Rights movement-associated Black churches in Birmingham, the assassination of a Civil Rights organizer from Detroit in Selma, the Greensboro Massacre of Communist Workers Party members in 1979, and more. This is what Ron Stallworth was helping to do, and he was doing it in that era. The events of the film all take place in 1979 and after.

Stallworth wrote a memoir to put himself in a different light, but let’s look at what else we know. There was no bombing that Stallworth or the police thwarted. This was not in Stallworth’s memoir. That was made up for the movie to make the police seem like heroes.

There was no cop that got recorded and/or arrested due to saying things at a bar while drunk about how he’s ok with shooting Black folks. This also was not in Stallworth’s memoir. This was put in the movie to make Ron and the rest of the police look like they were interested in fighting racism, like they don’t all protect whatever racist and abusive cops are in there. This is a scene where the whole police force—chief and all—work together with the fictional Black radical love interest to set the one racist cop up. Never happened. Never would, and someone saying something that vague while drunk wouldn’t lead to them getting arrested. But makes the cops look like they care.

His partner that did the physical infiltration of the Klan was not Jewish and did not look Jewish to other people. This was a made-up thing to raise the stakes and make it seem like the cops were sacrificing more than they were. Add that to the false notion that they were doing it to fight racism and it endears you to the cops more. This means there was no scene where Stallworth had to go throw a rock through the window or whatever.

I’ve met Kwame Ture two or three times and heard him speak more than that. By the time he was calling himself Kwame Ture, he had formed the All-African People’s Revolutionary Party (AAPRP) and was living in Africa most of the time. The program of the AAPRP for Black folks in the U.S. at the time was to help create a revolutionary Black intelligentsia. They did this through an immensely long reading list and rigorous study groups. He came back to the U.S. and toured colleges to talk to Black folks for this reason. At San Francisco State in 1989/90, I took part in a few of these study groups. If you really went up to Kwame Ture and asked him what we should do right now—as Ron Stallworth does in the film—he would have said what he usually said: “Study!!!” But, it made the Black radical group look more dangerous to have Ture say something that sounded like he was calling for armed insurrection—which they were not calling for in the U.S. at the time. I mean, this movie is trying to make a COINTELPRO operative into a hero. It needs every little piece of help it can get.

With these fabricated story notes that BlacKkKlansman hits upon Ron Stallworth looks like a hero, and so does his partner and the police force. Without the made-up stuff and with what we know of the actual history of police infiltration into radical groups, and how they infiltrated and directed White Supremacist organizations to attack those groups, Ron Stallworth is the villain.

Everything else is simply unverifiable stuff that ex-cop Ron Stallworth wrote in his memoir. We don’t know what happened because the “files were destroyed.” We have to trust the word of a cop who infiltrated a Black radical organization for 3 years. This is probably why it was only able to be published by a publisher that specializes in books written by cops.

At the end, the radical girlfriend says that she’s not down with him being a cop, then Stallworth—the guy who we’ve been following and made to care about and who is falsely shown to have risked his life to fight racism—says that he’s for the liberation of his people at the same time as being a cop. All the fake stuff we just showed him go through argues his point for him. And then they hear something, and go, guns drawn, to investigate. They go down the hall together with the signature Spike Lee dolly—the one that tells us it’s him, the one that took Malcolm down the street, the one that took Dap across campus yelling “Wake Up!” They go forward into the future, side by side, in symmetrical composition, to fight the burning cross of racist terror. Cops and the movement against racist oppression united. This is the penultimate shot before the film goes to news footage of current White Supremacist attacks. Awww hayull no.

Look, we deal with racism not just from physical terror or attitudes of racist people, but in pay scale, housing, health care, and other material quality of life issues. But to the extent that people of color deal with actual physical attacks and terrorizing due to racism and racist doctrines, we deal with it mostly from the police on a day to day basis. And not just from White cops. From Black cops too. So for Spike to come out with a movie where story points are fabricated in order to make Black cop and his counterparts look like allies in the fight against racism is really disappointing, to put it very mildly.

Much of the call to challenge police brutality and murder brought to light by the Black Lives Matter movement has been met by right wing cries of “‘But what about Black-on-Black violence?” Some of us, like Spike Lee, have bought into that. Two years ago, I wrote an article in The Guardian (April 9, 2016) about the myth of the rise of Black-on-Black violence and prove through statistics exactly how that idea is false, mentions how Spike Lee’s, Chiraq, plays into that myth, and how that myth is used against movements for social justice. It’s titled “Black culture isn’t the problem: systemic inequality is.” In the context of the political debate happening around the role of the police in racist attacks, this new film is a political brother of Chiraq. The two films say together: “Black folks need to stop worrying about police violence and worry about what they’re doing to each other—plus the police are against racism anyway.”

By now, many folks now know that Spike Lee was paid over $200k to help in an ad campaign that was ‘I aimed at improving relations with minority communities. Whether it actually is or not, BlacKkKlansman feels like an extension of that ad campaign.