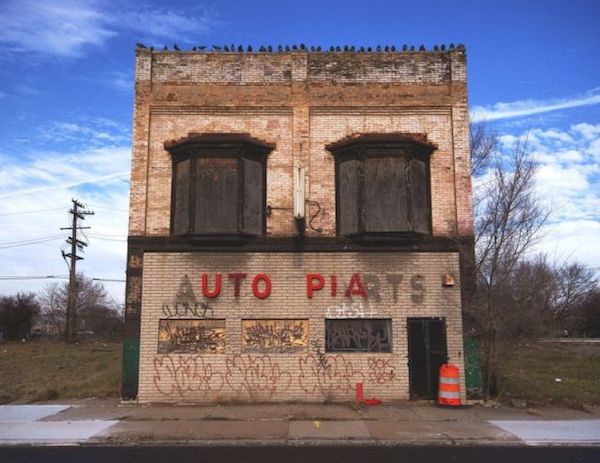 The argument I’ve been making during this series on utopia is that the utopian moment of the Marxian alternative to mainstream economics is critique.*

Let me explain. All modern economic theories have a utopian moment. In the case of mainstream economics, that moment is a full-blown utopianism—the idea that there is, or at least in principle can be, a perfectly functioning economic and social order. Such an order is both envisioned as a model within the theory (often by stipulating the minimum set of theoretical requirements) and advanced as the goal of economic policies (which move the economy to, or at least toward, the utopia). In this sense, utopia—of sovereign individuals, free markets, and private property—is the fundamental premise and promise of mainstream economic theory.

The Marxian approach is otherwise. Certainly Marxian economists (and social thinkers generally) imagine that the world can and should be radically different from what currently exists. They simply wouldn’t engage in their intellectual and political work if that weren’t the case. But, instead of drawing up a blueprint of what such an alternative might look like, Marxists are engaged in a “ruthless criticism  of all that exists, ruthless both in the sense of not being afraid of the results it arrives at and in the sense of being just as little afraid of conflict with the powers that be.” It is a ruthless criticism of both mainstream economic theory and of the economic and social system celebrated by mainstream economists.

This is an argument I’ve made many times, in different ways, over the course of my various talks (e.g, here), papers (e.g., here and here), and posts on utopia in recent years. Here, I want to take the argument one step further. What distinguishes Marxian theory from both mainstream economics (and, for matter, from other criticisms of mainstream economics) is that is based on a materialist critique. That is its utopian moment.

As I see it, the method of materialist critique is both dialectical and historical.** It is dialectical to the extent that it involves the interpretation of economic categories—such as value, productivity, profit and much else—precisely as they are grounded in, deployed and disseminated within, the existing intellectual and social order. It takes those concepts as its own. But it doesn’t simply accept the existing interpretations of those categories but, instead, transforms them into their opposites. In other words, the critical acceptance of those categories is simultaneously their condemnation.

Let me offer a concrete example of what I have in mind. Both mainstream economic theory and capitalism operate on the basis of a notion of free and fair exchange. Each transaction is seen to be a voluntary exchange of goods and services between individuals who offer or receive a sum equal to the value of the commodity in question. A materialist critique starts from that category, not because every transaction holds to the rule of free and fair exchange in the real world (there are many exceptions to that rule, such as monopoly power, which even mainstream economists and defenders of capitalism will acknowledge), but because it is the stated premise of both mainstream economic theory and capitalism (it is their shared utopianism, in the sense I discuss above). Even presuming we’re referring to a system in which every exchange is free and fair, it is possible to show that a tiny minority at the top (the members of the boards of directors of corporations) is engaged in a social theft from workers (who perform but do not appropriate their surplus labor), with all the attendant conditions and consequences of a system based on class exploitation. Therefore, a materialist critique, which starts from the prevailing idea of free and fair exchange, arrives at the opposite conclusion—that capitalist exchange forms part of an economic and social system that is anything but free and fair.***

The method of materialist critique also has an important historical dimension. It focuses on the ways both economic ideas and economic systems change over time, often with radical disruptions between them. Thus, for example, the theories used by economists today (and not only, if we allow for everyday economic representations) are radically different from themselves (in the sense that the terrain of economics is defined by multiple, diverse and incommensurable, concepts and methods) and from theories that have existed in the past (beginning with classical political economy and including the theoretical revolutions within mainstream economics as well as their heterodox counterparts). Similarly, capitalism has changed over time—both within its own history (capitalism today is different from what it was in the middle of the nineteenth century) and as it represents a break from other, noncapitalist systems (such as feudalism, slavery, and so on). A materialist critique focuses on such disruptions and divergences over time, thereby creating the possibility of other radical changes, such as an end to capitalism and the emergence of new, noncapitalist ways of organizing economic and social life.

The most famous example in the Marxian tradition is the transition from feudalism to capitalism. Notwithstanding the wide-ranging debate about the causes and consequences of that transition (among such figures as Maurice Dobb, Paul Sweezy, Robert Brenner, and Stephen Resnick and Richard Wolff), the fact is capitalism had a definite beginning as it emerged from the crises of feudalism in Western Europe (and therefore didn’t always exist, as mainstream economists often presume and proclaim), which also makes it possible to imagine an end to capitalism (based, of course, on the accumulation and aggregation of political and social forces that are opposed to capitalism and imagine and seek to create the conditions for noncapitalist economic and social institutions). Much the same is true in economic thought: mainstream economics today (neoclassical microeconomics and Keynesian macroeconomics) represents a radical break from previous mainstream economic theories (such as the classical political economy of Adam Smith and David Ricardo), as well as the various alternatives to mainstream economics that have emerged alongside it from the very beginning (which are often overlooked in “official,” mainstream histories of economic thought). A materialist critique therefore highlights the absence of history—the history of ideas as well as the history of economic systems—within mainstream economics and capitalism itself.

In the way I am defining materialist critique, it does not represent a simple opposition to contemporary thought and society. On the contrary, it is grounded in them, using their categories as starting points with the aim of substantially and radically transforming them.

If materialist critique represents the utopian moment of Marxian theory, it stands opposed to the specialized knowledge of mainstream economics (and, by extension, of the rest of the modern social sciences) as well as to traditional interpretations of Marxian theory. It differs from contemporary mainstream economics in that it seeks to transform—both dialectically and historically—the existing set of categories instead of accepting them as the given parameters of economic and social life. It of course uses those knowledges as raw materials but only for the purpose of turning them into their opposites. And it is distinguished from the precepts and protocols of dialectical and historical materialism in that it is rooted in the categories that pertain to mainstream economics and capitalism, in order to do battle on that terrain, not a set of sui generis categories (often governed by a humanist anthropology or rational discourse) to establish a new and different science comparable to mainstream economics.

And to be clear, materialist critique is not the same thing as economism (with which materialism is often conflated). On the contrary. In fact, materialist critique represents a ruthless criticism of economism not because it gives too much importance to the economy, but because it gives it too narrow a scope. Economism takes the economy as a given, transmitting its effects to individuals and to the rest of the social structure—instead of focusing on the problem of the complex, changing relationship between the economy and individual and social lives.

In the end, the goal of a materialist critique is to denaturalize and thus disrupt the existing common sense—within both economic thought and capitalism—with the aim of radically transforming the existing theoretical and social reality. It doesn’t accomplish this alone, of course. Those who are engaged in a materialist critique as well as their specific objects form a dynamic, dialectical unity with the exploited classes as both an expression of the concrete historical situation and a force to stimulate change. Nor are there any guarantees, from either side of the relationship or in the often-tense unity itself.

Notwithstanding its aleatory nature, the process of materialist critique starts with the categories that dominate economic thought and the economy itself in order to transform them into their opposites, thus creating new intellectual and political possibilities. The new openings created by materialist critique represent the utopian horizon of Marxian theory.

**Besides Marx’s own writings, an essay that serves as the catalyst for some of my ideas in this post is Max Horkheimer’s “Traditional and Critical Theory” [ht: db], reprinted in his Critical Theory: Selected Essays, trans. Matthew J. O’Connell and others (New York: Continuum, 2002).

***Moreover, such a system is neither free nor fair for both capitalists and workers. Each is subject to the compulsions and coercions embedded in such a system, albeit in a different way.