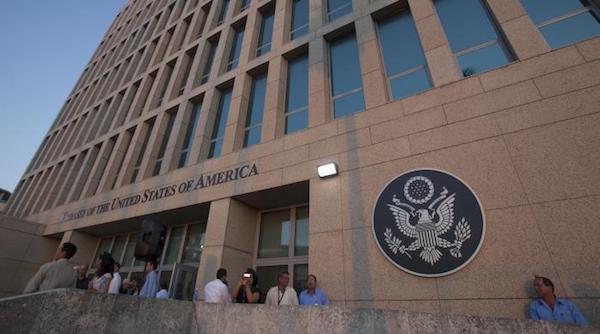 A pretext is all that is needed to start a conflict, something with which the United States has experience, from the Spanish-American War, to Vietnam, Iraq… but its latest efforts to vilify Cuba are unique.

Last year, the U.S. asserted that its diplomatic personnel in Cuba had been affected by “sonic attacks,” an accusation that has been developed in the media in an attempt to justify launching a Cold War.

A timeline of events illustrates the current administration’s efforts to undermine the reestablishment of diplomatic relations between the two countries.

February
On the 17th the State Department and the U.S. embassy in Havana report, for the first time, to Cuba’s Ministry of Foreign Affairs and diplomatic in Washington, the occurrence of alleged acoustic attacks between November 2016 and February 2017.

April and May
On April 25, two new alleged sonic attacks are reported.
On May 23, the State Department orders two Cuban diplomats in Washington to leave the country.

June and August
Three meetings between U.S. experts and their Cuban counterparts take place on the Island. The U.S. acknowledges that it has no evidence to support its allegations.

September
The Cuban Foreign Minister informs the U.S. Secretary of State that Cuba rigorously fulfills its obligations with the Vienna Convention on Diplomatic Relations of 1961. The withdrawal of 60% of U.S. diplomatic personnel in Havana is announced, and the State Department recommends that U.S. citizens not travel to Cuba, absurdly citing the risk of sonic attacks.

October
Heather Nauert, State Department spokesperson, states that the number of affected individuals has reached 24. On October 3, the expulsion of 15 Cuban diplomats from Washington is announced, which Cuba denounces as “unjustified” and “unacceptable”.

January
The AP news agency reports that the FBI has found no evidence of the alleged “attacks” after investigations and several trips to Havana. On January 9 a hearing is held in the Western Hemisphere Subcommittee of the Senate’s Committee on Foreign Relations, organized by Marco Rubio, to impose the accusation, despite the lack of any evidence whatsoever.

February
On February 14, a controversial article is published in the Journal of the American Medical Association (JAMA), under the title “Neurological symptoms among U.S. diplomats in Cuba.”

An attempt is made to use the text as the scientific confirmation of the Washington hypothesis. However, the authors Christopher C. Muth and Steven L. Lewis affirm that “a unifying explanation of the symptoms experienced by the officials (…) remains vague and the effect of a possible exposure to auditory phenomena is not clear”.

April
The Canadian government reports the recall of diplomats’ families in Havana, since 10 of its employees have reported symptoms. Cuba respects the decision, while describing it as unjustified.

May
On May 29, the U.S. Embassy in Havana reports that on the 27th a new victim was reported. No interviews with the individual are allowed. The United States issues an advisory to its citizens living in China, warning them to seek medical help for symptoms such as those noted in Cuba.

June
On June 5, the U.S. Secretary of State reports the creation of a Joint Task Force to respond to what are described as “unexplained health incidents” affecting personnel stationed abroad, specifically in Cuba and the People’s Republic of China. Cuba reiterates that there is no evidence to support such a statement.

August
Neurologists and doctors from several countries question the conclusions of the report made by doctors from the University of Pennsylvania supporting the U.S. government’s version of events. The U.S. announces further reductions of its personnel and services in Havana.

September
On the 1st, The New York Times cites the University of Pennsylvania report, and on the 3rd, the Cuban Foreign Ministry reiterates that U.S. arguments continue to lose credibility over time.