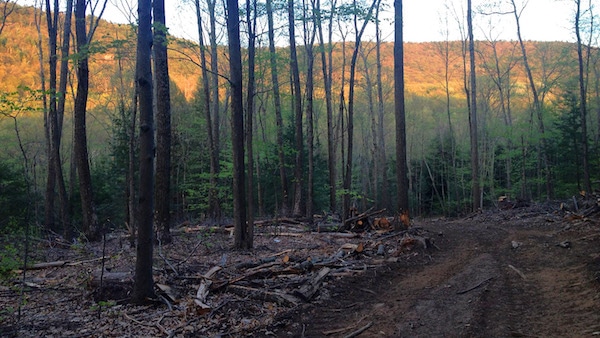 Although a truth of science is not equivalent to the consensus of scientists, neither historically nor now, there are times when scientific facts (or truths) are of such compelling importance that a near consensus of scientific practitioners ought to be regarded as fact. Yes, when I began smoking cigarettes at age fifteen there was something of a scientific consensus that nicotine was an important cause of cancer, but the celebrated conservatism of science caused me and other naïfs, to blithely ignore what evidence was there, for the next thirty years. My battle with smoking-related cancer unfolded some twenty-five years later. As I reflect, I certainly understood that the scientific evidence had been more than sufficient to suggest that I refrain from smoking to start with (as my uneducated mother told me). But the mesmerizing advertising from the cigarette companies was a welcome counterbalance to the scientific evidence that, I was told, was still far from consensus.

Late capitalism is now realizing that perhaps it never should have started smoking to start with. The downside of our Faustian bargain (cheap food and energy versus destruction of the environment) turns out to be a social cancer that has already become malignant and could wind up being terminal. As my mother lamented the fact that she could not convince her son to avoid inhaling a substance that was pretty sure to cause major health problems, I lament the fact that I cannot convince the people of the Capitalocene to stop smoking fossil fuels in their energy and food-producing systems. The testosterone of profits overwhelms the scientific consensus today. The fifteen-year-old boy looking for attention in 1956 seems an excellent metaphor for today’s immature need to satisfy capitalism’s existential necessity.

Some numbers are quite factual, even in the Trumpian world where facts are fungible. Since approximately the birth of the Judeo-Christian-Muslim tradition, the concentration of carbon dioxide in the atmosphere hovered around 270 parts per million (ppm), until about a century ago.(1) Then there was a precipitous increase, timed perfectly with the maturation of the industrial capitalist system. That pattern gave us our current crisis. Climate scientists today say that to avoid all sorts of disasters we need to keep that concentration below 350 ppm. Today’s value is 410 ppm. And here is an actual fact: 410 is greater than 350.

Much concern has been voiced over this problem, and as much as 410 is greater than 350, there is little doubt that humanity faces a true crisis of proportions never faced before in the modern world. However, although less appreciated, we face two distinct problems. First, as generally acknowledged, we must move energy production to renewables and we must transform our agricultural system away from the industrial model toward agroecology.(2) Both must be done to stop the continued CO2 exhaust that the world capitalist system is exuding into the atmosphere. Yet that represents solving only one half of the problem. Once we stop burning fossil fuels and adding nitrous oxide and methane from industrial agriculture to the atmosphere, we still face the daunting prospect of removing the excess that already exists. We need not only to stop the increase, we must reverse the process. We need a metaphorical machine that takes CO2 out of the environment.

That machine, or the many proposed machines, are frequently visualized as based on high-tech physico-chemical processes that, not incidentally, will require huge investments in profitable endeavors.(3) Yet, as is evident to schoolchildren everywhere, there is already a machine that does the job, and does it remarkably efficiently. It is called a “green plant.” The process that converts CO2 and water into energy and glucose (providing the atmosphere with oxygen as a side product) is contained within that machine. The forests being cut down to make way for yet more industrial agriculture in the Amazon and tropical Asia and Africa contain millions of those machines, and we are destroying them at an alarming rate. So, part of the goal to stop the continual release of CO2 is, and should be, curtailment of forest cutting. But part of the goal of reducing the current level down to its acceptable level of 350 ppm will of necessity involve planting trees. Lots of them.

However, the program whereby we plant those large number of trees is not as evident as the laudable “let’s plant a tree” movements around the world.(4) Yes, we should all plant at least one tree a day if we can, but we evidently need to do much more. A vision is afforded through a recent review of technical literature on what is already a common practice, albeit mainly in the Global South and thus sort of invisible to “serious scholars” in the North. Small-scale farmers around the world commonly practice a system of agriculture long known as agroforestry. Any traveler to tropical climates has possibly noticed that farmers routinely use trees for a variety of perceived functions on farms, from the production of commodities (e.g. mangoes, oranges), to the provisioning of other “ecosystem services” (e.g., supplying nitrogen through their root systems, creating shade for livestock seeking refuge from the hot tropical sun). Using standard remote sensing technology, Zumer and colleagues5 estimate that currently there are many trees that exist as part of, mainly traditional, agroecosystems.(5) That is, the majority of agricultural production in many tropical regions of the world is actually in the form of agroforestry. Making standard assumptions of how much carbon is stored normally in trees, they estimate that 36.3 gigatons of carbon are already stored in trees in agroforestry systems around the world (as of 2010).

Extrapolations always invite a host of problem and it is only with trepidation that I offer some very primitive “back of the envelope” calculations, and only to suggest that there is tremendous potential here. It is currently estimated that approximately 80 percent of agricultural land is dedicated to the industrial system,(6) which is almost exclusively a treeless monoculture. There are obviously exceptions (e.g., almonds in California or palm oil in Malaysia), but as a first approximation, Brazil’s or Illinois’s mega maize and soybean farms represent a far greater portion of that 80 percent. The approximately 20 percent dedicated to small-scale agroecological production, especially those located in the world’s tropical climates, are agroforestry systems. So, according to the calculations of Zumer et al., 20 percent of the land provides us with 36.29 gigatons of carbon. Converting the other 80 percent to agroforestry systems would yield 145.6 gigatons. Using the conversion rate of 0.47, the resulting total sequestration would be 181.89 gigatons times 0.47, or a reduction of 85.5 ppm, thus reducing global CO2 from 410 to 324.5 PPM, well below the critical value of 350 ppm.(7)

One could argue that the value of 36.29 gigatons is an underestimate to start with, making 324.5 an extremely conservative estimate. Others would undoubtedly argue that it is wildly exaggerated, making 324.5 an equally exaggerated number. And regardless of the precision of the quantitative estimate, the prospects of a political challenge to the industrial agricultural system are already known to be enormous. Yet, the problem of reducing carbon from 410 to 350 ppm remains and, regardless of what may seem Pollyanna-ish, the transformation of agriculture, especially to agroforestry systems, is perhaps the best, perhaps essential, way we can get from where we are today down to what the scientific community calls non-catastrophic.

The politics of this proposed program are complicated. It may not be possible to make the necessary changes in time to avoid truly catastrophic consequences, as many observers have already noted. But some analysts have already argued persuasively that the top-down approach taken by the Intergovernmental Panel on Climate Change (IPCC) and the climate change conferences are wholly inadequate. As much of history suggests, major societal changes (such as the emergence of democracy itself) gain their initial impulse and energy from the grassroots actions. And here a way seems to be emerging from the growth of popular progressive politics. The grassroots umbrella organization La Via Campesina currently represents millions of “peasant” agriculturalists around the world, most of whom practice something close to agroecology.(8) They have a long history of organizing politically around the world with a variety of political issues front and center, from the promotion of women in agriculture, to food sovereignty, the latter of which is relevant to the question of the “quantity” of food produced. And agroecology in the tropics almost always contains a “forestry” component. That is, using trees in agriculture is as natural as planting seeds for peasant farmers across the tropics.

If it is true that we need to take CO2 out of the atmosphere, not just stop putting more into it, there is no way we can do that without a major transformation of world agriculture. The industrial system has created immense wealth for a few, but poisoned landscapes for many and contributed to the climate crisis for all. The world transformation to agroecological production is imperative. The good news is that groups working under the La Via Campesina umbrella are setting a model for incorporating agroecology into their methods.