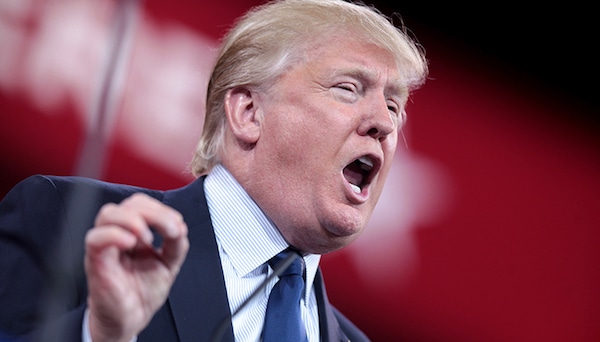 The search for explanations of our current political climate, especially the rise of nationalists like Marine LePen in France, Narendra Modi in India, and our own president in the United States, has led pundits to return to the concept of “authoritarian” tendencies as a psychological phenomenon. Insidiously and misleadingly, these tendencies are often said to be associated with the working class. A case in point is the way recent articles blame working class Americans for Trump’s 2016 victory. Researchers at the London Business School for example claim that “economic hardship” and “feelings of powerlessness” lead people to support authoritarian leaders, including Trump. Other psychologists go “inside the minds of hardcore Trump supporters” and find that “authoritarian aggression” is prevalent there.

The concept of the “authoritarian personality” originated with German intellectual Theodor Adorno, and for him it was associated more with child-rearing methods than economic class. Adorno was a refugee from the Nazis, and developed the idea as a possible explanation for the rise of fascism in Germany. Common child-rearing methods and early school curricula might affect a person’s deepest psychology, causing him or her to develop an authoritarian personality. Adorno devised a famous “F-Scale” that measured individuals’ narrow-mindedness, their bigotry, their skepticism toward science, their preference for business and industry over art, and their taste for obedience and respect for authority. As it turned out, Germans were not intrinsically more or less authoritarian than people of other nationalities. 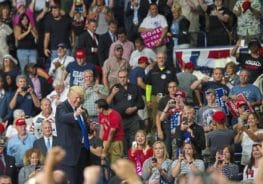 The connection between the authoritarian personality and the working class began in earnest in the 1950s with cold war political sociologist Seymour Martin Lipset. Lipset argued that since World War I, “working class groups have proved to be the most nationalistic and jingoistic sector of the population” [1959: 483.] His concept of authoritarianism is a mash-up Adorno’s ideas mixed with support for “extremist” groups like the Jehovah’s Witnesses and the Communist Party. Lipset argued that in the U.S., the working class authoritarianism poses a threat to democracy.

The question is: does the psychology of individuals in the working class explain Trump’s rise to power? A Marxist perspective reveals the flaws in this and other individual-level psychological explanations:

Despite its obvious flaws, the psychological argument has a special appeal for members of the privileged class, who want to hold themselves blameless for the social ills around them. They believe they knew better, and they blame the working class to avoid facing up to their own culpability. Scapegoating the working class is known as the “myth of upper class benevolence.”

One classic study in race and ethnicity shows the fallacies in the myth of upper class benevolence and zeroes in on the ways the working class is often portrayed, incorrectly, as the source of white supremacy. In his book The Mississippi Chinese: Between black and white, the sociologist James Loewen interviewed hundreds of residents of the Mississippi Delta. He found upper middle class whites routinely blamed poor working class whites for any and all oppression of both African Americans and Chinese Americans. But looking closely at the facts gave Loewen a much different picture of culpability. It was the privileged planter-and business-class whose members had the power to keep Chinese-and African-Americans out of their neighborhoods, schools, and workplaces. Working class organizations like the American Legion, Veterans of Foreign Wars, and small Baptist churches were the first to welcome people of color, while upper class organizations like the Chamber of Commerce, the Rotary Club, and Episcopalians excluded them. Financial institutions acted in the interests of the privileged class and served to limit opportunities for others. Schools reserved for whites only were resource rich compared with schools that served people of color. One county in Mississippi, Loewen discovered, actually spent $45 per white pupil for every $1 per African American pupil.

Loewen rejects the widely held belief, echoed in the London Business School study mentioned earlier, that the working class, fearing economic competition, feels the most prejudice. Instead, he turns to the pioneer Marxist sociologist of race, Oliver C. Cox, who argued that to analyze racial dynamics one needs to look first at “the economic policies of the ruling class.” Cox continued,

Opposition [by the working class] to social equality has no meaning unless we can see its function in the service of the exploitative purpose of this [ruling] class.

A working class divided by race is easier to control and to keep unorganized than a united one, so concerted and deliberate efforts are made to encourage members of the working class to embrace authoritarian beliefs, especially white supremacy. Using corporate-funded think tanks, right-wing radio and cable television, and presidential pronouncements, the ruling class frames current events in authoritarian terms, attempting to undermine the unity of the working class and therefore weaken it. In Mississippi Loewen found that alliances between working class whites and blacks were viciously undermined and blocked by the powerful of the community. Likewise, people who challenge class oppression and racial hierarchies are singled out for condemnation and retaliation.

Newer research on intolerance shows furthermore that authoritarian beliefs are not clearly associated with membership in the working class, defined by wage dependence, low income, and job insecurity. Erasmus University sociologist Dick Houtman revisited Lipset’s theory of working class authoritarianism found that it is not class that is correlated with intolerance, but educational level and access to cultural opportunities like books, concerts, and art exhibitions. Thus another way that the ruling class tries to divide the working class is by limiting their educational opportunities.  Donald Trump once famously intoned, “I love the poorly educated.” Along with his secretary of education Betsy DeVos, Trump seems intent on increasing their ranks. With working class pupils forced to attend substandard, unsafe and under-resourced schools year after year, with college costs putting post-secondary education out of reach of many, and with crippling student debt for those who do borrow for college, the ruling class aims to limit the critical thinking resources the working class needs to challenge ruling class propaganda.

For those who are in college, corporate forces have developed special interventions to encourage neoliberal and fascist accommodation. The Charles Koch Foundation, established by the head of Koch Industries, has implemented a $50 million, 32-state strategy establishing institutes, holding conferences, and funding faculty and graduate students in a concerted effort to influence policy rightward: toward denial of climate science, undermining of labor rights, and revision of history in favor of business interests. Hand in hand with these corporate forces are the white supremacist organizations that pay for speakers to visit campuses and foment hate, then cry “first amendment” when students object. Other corporate-sponsored organizations encourage students to record, expose and protest faculty who do not espouse conservative views.

In short, the psychological argument claims that authoritarian tendencies emerge from working people themselves. It’s no surprise that researchers from a business school embraced that idea, because it is what Marx and Engels refer to as a “ruling idea.” By pretending that authoritarian ideas arise organically from the working class itself, it hides the relationship between authoritarianism and the economic policies of the ruling class. In contrast, a Marxist analysis recognizes the congruence between authoritarian ideas and the economic interests of the corporate ruling class, especially its efforts to divide the working class by race, gender, citizenship status, etc. It recognizes the influence of powerful corporate forces which intentionally try to persuade workers to blame each other for their oppression, instead of the capitalists who profit from their lack of unity.

Ferris, Robert. 2017. “Why voters might be choosing dominant, authoritarian leaders around the world.” CNBC, 12 June. https://www.cnbc.com/2017/06/12/why-voters-might-be-choosing-dominant-authoritarian-leaders-around-the-world.html