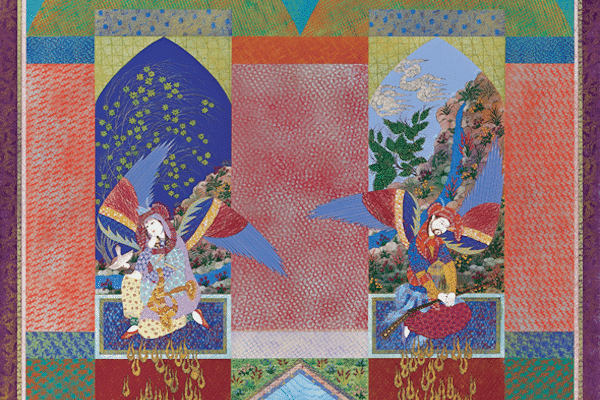 A friend in Tehran tells me that he marvels at the attitude of the United States ruling establishment towards Iran. ‘Why do they hate us so much’, he asks? It is a fair question. His country, he says, is not perfect, but it is certainly not a threat to the world. The current government—led by Hassan Rouhani (Iran’s seventh president since the 1979 Revolution)—is moderate in many ways, its foreign minister—Javad Zarif—a man of dignity. Certainly, my friend says, there are elements inside the higher reaches of government that are erratic. But, ‘don’t all countries have such people in power’, he says, the smile pointing towards India’s Narendra Modi and Donald Trump of the United States. Can any country these days, he eggs me on, say that it does not have its own version of Trump?

In 1953, the United States and its allies overthrew the democratically elected government in Iran. The reason why Prime Minister Mohammed Mosaddegh bothered the West was that he began to nationalise the oil sector. Oil firms could not tolerate this. He had to go. The overthrow of Mosaddegh brought to power the repellent Shah of Iran, who then ruled Iran with an iron fist till the Revolution of 1979. Two years into the Shah’s reign, the United States and Iran signed a Treaty of Amity—a normal agreement signed between countries to promise fair treatment on a wide variety of matters. It is important to underscore that the US signed this treaty not with a democratic government—which it had overthrown—but with the autocratic regime of the Shah—which it had installed.

This week, the United States withdrew from the Treaty of Amity (1955). U.S. Secretary of State Mike Pompeo said that the United States should have torn up the treaty in 1979, thirty-nine years ago. Iran has never reneged on that treaty, despite the fact that it was signed by an autocratic regime.

The United States unilaterally walked away from the nuclear agreement earlier this year, which provoked Iran to sue the U.S. in the International Court of Justice. This week, the Court ruled in Iran’s favour. My friends in Tehran say that they would have been surprised if the Court had not ruled on Iran’s behalf. There was no reason why the U.S. should have withdrawn from the 2015 agreement nor why the U.S. should threaten to increase sanctions on 5 November. The International Atomic Energy Agency’s Nuclear Security Report (2018) notes, ‘Iran is implementing its nuclear-related commitments under the Joint Comprehensive Plan of Action’. This sentence is clear enough. At the IAEA’s Board of Governors meeting this September, its Director General Yukiya Amano said that he hoped Iran would continue to fully ‘implement its commitments’. There was no sense that Iran has violated the agreement. Based on this, and on the Treaty of Amity, there was no other option for the International Court of Justice. It had to rule on Iran’s behalf.

There is no reason why the United States should ramp up its sanctions against the 82 million people of Iran.

Against all evidence, the United States—and other Western powers—continue to reiterate the view that Iran must not be allowed to have nuclear weapons. But, there is no evidence of Iran’s interest in nuclear weapons apart from the statements by Western and Israeli leaders. In the 1990s, Ayatollah Ali Khamenei, the supreme leader of Iran, wrote a fatwa that condemned nuclear weapons. This fatwa built on one written by Ayatollah Ruhollah Khomeini that was written in the midst of the Iran-Iraq War and was against the use of any chemical or biological weapons. Khamenei’s fatwa was not released, but in October 2003 he made an oral fatwa against the production and use of any weapons of mass destruction. This was in the context of the U.S. war on Iraq and threats of a US expansion of that war into Iran. The IAEA has not found any evidence of nuclear weapons production in Iran. What Iran had begun—with US help from 1957—was a nuclear energy programme.

The UN’s position against Iran is in bad faith. All the member states and the UN secretariat know that Iran has no nuclear weapons programme. Yet, they have allowed the U.S. and Israel to push against Iran. They have allowed Iran’s people to suffer under an intolerable sanctions regime and are now allowing Iran to go through an even tighter sanctions policy. No legal shield from Europe is going to help. No mild criticism of the United States is sufficient. My friends in Tehran—who have their own differences with their government—appeal to the world, asking for a break with the U.S.-Israeli position on Iran, an opening to the people of Iran who are being strangled by the sanctions.

In 2010, the brilliant Iranian artist Farah Ossouli did a miniature painting called Put Your Gun Down. It depicts two angels, the woman feeding water to a bird and the man with a gun in his lap. They have their backs to each other. It looks like hope has been banished. But, the picture has a strong name—put your gun down. That was the message of the 2015 nuclear agreement and the message against sanctions, another form of war. It remains the message today.