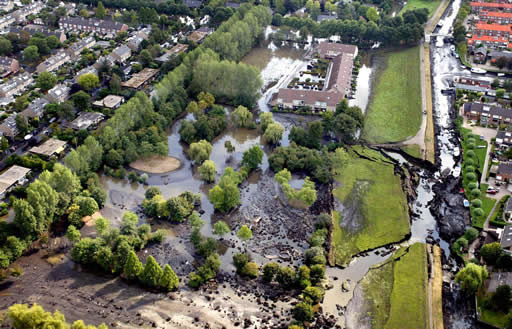 A Dutch appeals court erupted into cheers today as it upheld a 2015 ruling ordering the government to cut the country’s greenhouse gas emissions by at least 25 per cent by 2020.

“Considering the great dangers that are likely to occur, more ambitious measures have to be taken in the short term to reduce greenhouse gas emissions in order to protect the life and family life of citizens in the Netherlands,” the court said.

The original 2015 ruling was as a result of a case brought by the environmental campaigning organisation Urgenda on behalf of 900 Dutch citizens. The court’s decision was the first time a judge legally required a state to take action on climate change.

Speaking in a video posted on Twitter after the ruling, Urgenda director Marjan Minnesma hailed the victory and hoped it would inspire others around the world.

“I am extremely happy with the outcome of this ruling,” Minnesma said. “They said that all industrial countries should reduce emission at least by 25 per cent by 2020 and the faster the better.

“Based on human rights, they said that not acting is not allowed any more and we should act as fast as possible.

“We won on every practical point and I think this is a good thing for everybody in the world who would also like to start a court case.”

In its appeal, the Netherlands’ conservative government argued the ruling meant the court was formulating government policy.

However the court rejected this notion, saying that judges must uphold international treaties such as the European human rights convention to which the Netherlands is party.

In a statement following the decision, the government said it would study the ruling “with an eye on possible further appeal,” but at the same time pledged to carry out the court’s order.

The ruling comes a day after the UN’s Intergovernmental Panel on Climate Change urged governments to cut carbon emissions to zero by 2050 and a summer in which forests all across the Northern Hemisphere, including in the Arctic circle, were up in flames. Many of these are still burning.