“I don’t think it’s a hoax. I think there’s probably a difference. But I don’t know that it’s man made.”

On October 14, on the CBS television program 60 Minutes, the president of the United States admitted that climate change is not a hoax. It is probably happening, he said, but he doesn’t know what is causing it, and he thinks it might change back.

Less than 24 hours later, on October 15, Stefan Rahmstorf, head of Earth System Analysis at the Potsdam Institute for Climate Impact Research and professor of Physics at Potsdam University, wrote the three simple tweets published below. They are a brief but incontrovertible summary of the science that Trump and his fossil fuel backers refuse to acknowledge.

Tweet #1.  How do we know global warming is human-caused? Because we know where the extra energy that heats our planet is coming from. Through changes in the energy budget of Earth–that’s how much radiation comes in, how much goes out. The change in this is called “radiative forcing.”

Tweet # 2. Possible causes of radiative forcing: changes in solar activity, in volcanic activity or greenhouse gases. The latest U.S. Climate Assessment shows how much each of these contributed. See https://science2017.globalchange.gov/ The human contribution is about 100%. That is: all of it. 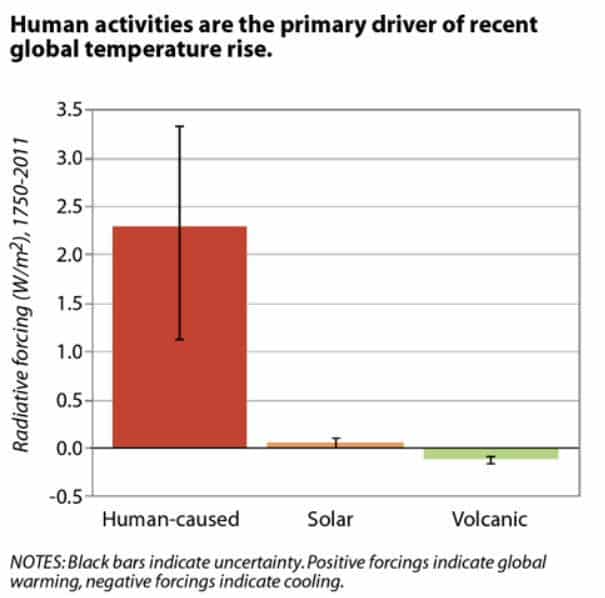 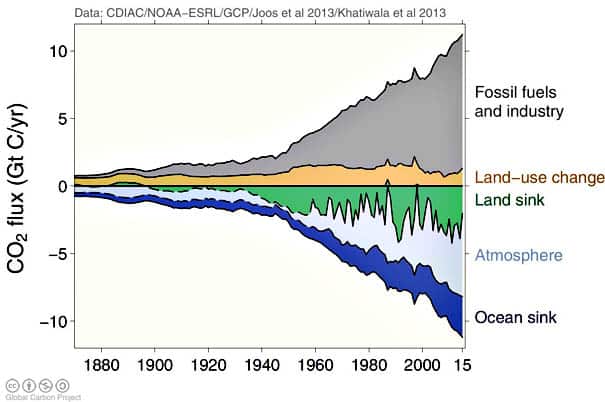