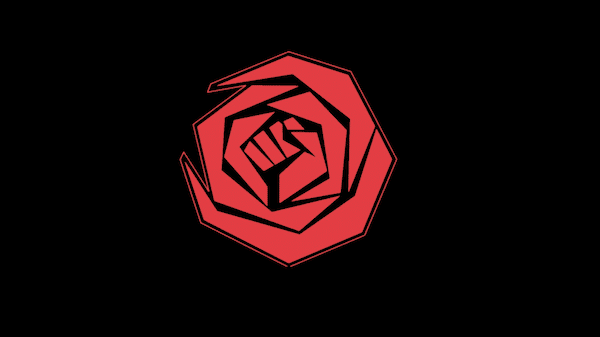 Right-wing, libertarian or state-based think tanks are the ones which usually reap the lion’s share of resources and attention. And thus, they are the ones which get to set the agenda The recent launch of Tricontinental, a global research network, is one of the most interesting developments to date in the effort to develop a Left leaning infrastructure for the production and dissemination of ideas and analyses of the state of the world. Tricontinental is a ideas factory with a focus on countering colonial knowledge. Daniel Whittall spoke with Vijay Prashad, historian, prolific journalist and now Director of the new grouping about its origins and aims. Prashad is the acclaimed author of 25 books including the superb histories of the Third World Project, The Darker Nations and The Poorer Nations.

Tricontinental takes its name from the 1966 conference of the Non-Aligned Movement. Could you explain what work you hope a reinvigorated vision of the Tricontinental might do in our political present?

The Tricontinental conference of 1966 laid down a very specific marker: it suggested that the decolonisation process was not merely for the victory of political rule (what Fanon called ‘flag independence’) but that it was for the attainment of political sovereignty. This latter is not only against colonialism (rule by another, in fact), but it is against imperialism. Imperialism, as far as it was made clear by the Tricontinental Conference, is the structure of the world system that offers a wide range of advantages to one part of the world–a minority–by leeching the material and intellectual resources of another part of the world–the majority. To confront imperialism means, therefore, to win back not only political power (narrowly, the power to govern), but also the power to imagine alternatives to the world system, the power to shape one’s economy, the power to shape one’s culture, the power to shape one’s society. The ethos of the Tricontinental conference was anti-imperialist, surely, but also for socialism. That is the ethic of our project. We wanted to draw a straight line to the Tricontinental conference to clarify our lineage and our politics.

Practically, how will Tricontinental work?

Tricontinental is an institute with several offices based in countries where we have close relations with political movements. We have offices in Buenos Aires (Argentina), Johannesburg (South Africa), New Delhi (India) and São Paulo (Brazil). The offices in Argentina and Brazil coordinate our work in Latin America. The office in Johannesburg is a pan-African office. The office in Delhi coordinates work in India, and will soon reach out to the rest of Asia. Each of the offices will draft a research agenda based on conversations with political movements and with intellectuals.

Our idea of research is somewhat idiosyncratic. We believe that the neo-liberal capture of academic institutions has desiccated the idea of research. Scholars are trained to read the literature, find gaps in it, and then fill those gaps with their studies. These kinds of studies are then published in ‘high impact factor’ journals, which help build careers. What is left out here are the questions that are asked by movements. We take an alternative view. We believe that movements, in struggle, reveal contradictions in our social system. These contradictions are themselves questions that need to be answered by research. It is the emergence of these contradictions, rather than gaps in the literature, that lead our research questions. We are keen to research these contradictions and build up knowledge that would then be useful to movements as they continue to push against the contradictions and make history.

In the opening working paper, entitled In the Ruins of the Present and written by yourself, you argue that world politics is structured around an international division of humanity. “It is”, you write, “as if there is wall that separates our humanity; those who live in zones of great war and tragedy are separated from those who live with the illusion of peace, in countries that produce the conditions for war but deny that they have a hand in it”. This is a powerful image. Can you outline the forces that have created and continue to reinforce this international division of humanity?

The key concept here is imperialism. Any time there is a serious proposal from the Global South to shape the international order in a more humane way, the imperialist forces have cut it down. The fate of the New International Economic Order (NIEO) in 1973 provoked the creation of the Group of Seven (G7) states of Canada, France, Germany, Italy, Japan, UK and USA to prevent the movement of that agenda. I document this in The Poorer Nations (2013). When Thomas Sankara, head of government of Burkina Faso, revisited many of these themes in the 1980s, he was seen as a threat and was assassinated in 1987. The Guyanese historian and politician Walter Rodney had spoken in the 1970s of ‘disengagement’, saying that the ‘very cutting of the links’ between the imperialist core and the formerly colonized world ‘over a long period of time constitutes a face of the Revolution’. This was radical thinking. Samir Amin, who until his recent passing was the director of the Third World Forum, calls this de-linking. Any attempt to delink or disengage or any attempt to create new rules for the world order is met with violence. It is this refusal to rethink the world order that reproduces the international division of humanity. Zambia, which produces a considerable amount of copper for multinational corporations based in Canada, Switzerland, Australia and the UK as well as China, is a case in point. Seventy per cent of the children who live in the copper belt cannot read. When the Zambian people ask for a different set of rules that allow them to use the copper wealth to educate their children, these Zambians are treated as terrorists, as malcontents. The division of humanity is reflected here: where the children who live above the copper cannot read the contracts written by their governments with foreign copper companies.

In the face of these challenges, some have argued that the BRICS countries might represent an alternate challenge to Western hegemony. Yet you argue that, politically, these countries offer little more than ‘neoliberalism with southern characteristics’. “The challenge from the BRICS”, you suggest, “has now been muted”. Can you lay out how this challenge has been brought to heel?

Certainly, the BRICS bloc posed a challenge to Western imperialism, to the unipolar order dominated by the United States that has existed since the fall of the USSR in the late 1980s. But the BRICS are only as good as the political forces that govern the individual states. If the class configuration of those political forces leans towards the oligarchy–as has happened in Brazil since the ‘soft coup’ against Dilma Rousseff and now Lula–then the Brazilians are not going to develop a political agenda that will challenge imperialism. If the class configuration of the political forces changes in these states, then their confidence to challenge imperialism will increase. One should not look at the BRICS as a static force. It is a dynamic bloc. The challenge that it might have put forward could have looked like the ALBA process in Latin America, which was driven by the more radical governments of Bolivia, Cuba and Venezuela. But it was not as radical as ALBA, which now faces a frontal attack from imperialism (this has been the subject of two of our dossiers, on Venezuela and on Brazil). BRICS fell on the job because of the class configuration in these various states and because energy prices dropped and sent Brazil and Russia–at least–into economic crisis. This weakened the bloc.

In the face of the challenges facing the Left across the globe, you suggest that “The debate over ideas … is a central front for the movements of hope and possibility”. How do you envisage Tricontinental helping to stimulate this debate?

Our goal is to amplify the views of the political movements. This is a key task. But it is also to give confidence to intellectuals to link to movements and to open dialogues with them. The era of postmodernism really harmed the linkages between movements, as many intellectuals began to draw in the cynicism of postmodernism against the possibility of systemic change. But also, this was the era when intellectual life was professionalised, when faculty members saw themselves as part of the professional class rather than the working-class. The era of the postmodern is now substantially over and the faculty members are increasingly in the precariat. This means that there is now a greater opening to rebuild those earlier links and allegiances between the movements and the intellectuals. We will play whatever modest role is possible in shaping this interaction.

Your dossiers have tackled some of the most pressing global issues, some of which the Left itself is often divided over–I think particularly of Syria and Venezuela. How were these dossiers produced, by whom, and with what level of debate or disagreement?

The debates on these issues have been most fratricidal in the metropolitan, Western left. In the West, the left movements are anyway weak and there is, also, a poorly developed understanding of imperialism. Those who do not live with their feet in the clay of imperialism’s other side, who do not every day have to deal with the theft of their resources, can have a more intellectual sense of imperialism, can even minimise its current role. Those who are faced with imperialism on a daily basis, who see their own local oligarchs bend their knee to the IMF and to the U.S. President, know what imperialism looks like. Context here is everything. We agree that the situation inside Syria, for instance, is deeply troubling. We agree that the social chaos in Venezuela is very worrisome. We have no disagreement as to the outrageous attack on the people of these countries by imperialism – the way in which these countries have been throttled by economic wars, the way in which Western arms dealers have fuelled conflicts, the way in which alternative policies have simply not been permitted in these places. We have a much more robust sense of the reality of the situation, less worried about our own purity and more concerned about the way in which these countries are being destroyed. Our team in Buenos Aires produced the dossier on Venezuela. They had long conversations with movements across Latin America to identify the themes that needed to be front and centre in the dossier. Their draft evoked no surprise elsewhere in our offices or in our networks.