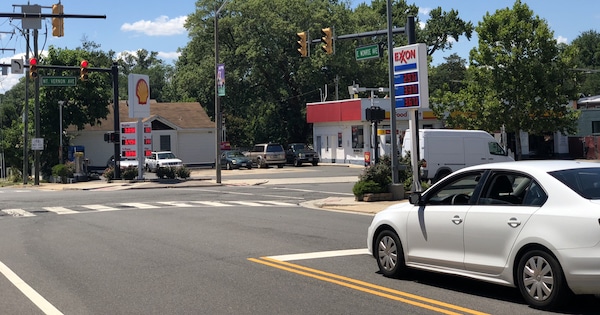 If you look at headlines from the last year, ExxonMobil, Chevron and other major fossil fuel companies have seemingly turned a new page on climate change. Recently, ExxonMobil received major kudos for giving $1 million to Americans for Carbon Dividends, a lobbying offshoot of the industry-backed Climate Leadership Council. Shortly before that, ExxonMobil, Chevron, and Occidental Petroleum got good press for each pledging $100 million to the Oil and Gas Climate Initiative, which amounts to less than one percent of their capital and exploration budget for 2018 (ExxonMobil’s is $28 billion while Chevron’s is $15.8 billion). Companies have also touted their support for the Paris climate agreement as well as their research and investments in renewables.

But, as I and my colleagues have analyzed, this “support” is a PR distraction when these companies are keeping up business-as-usual. They intend to continue producing, marketing and selling fossil fuels at current levels for the foreseeable future, which runs counter to the steep reductions in carbon dioxide and methane emissions needed to limit global temperature increase to 1.5 degrees Celsius to 2 degrees Celsius above pre-industrial levels.

Today UCS released a scorecard, which analyzed what eight major fossil fuel companies are saying they’re doing about climate change, and just how much these companies are doing to drastically lower their emissions.

What did we find? Contrary to media reports and shiny company press releases, most of these major fossil fuel companies continue to mischaracterize climate science.

Why is this important? Any company that makes, markets, and sells a product that is the primary cause of climate change has a responsibility to stay on top of and clearly communicate with the public scientific developments regarding their product. Misrepresenting climate science and underplaying the urgency of action allows companies to justify their business as usual practices all while climate impacts, including increasingly frequent and severe weather events such as Hurricanes Harvey and Florence, get worse and costlier. Releasing inaccurate statements allows companies to “check the box” for voicing belief in climate change, while continuing to funnel tens of tens of millions of dollars to climate-denying politicians, trade associations, and other industry groups that do the dirty work of opposing climate policies.

We measured whether companies consistently and accurately acknowledged the scientific evidence of climate change in their public platforms. Overall, they didn’t do great.

We found that five of the eight companies we studied had made public statements on climate change that underplayed the need to urgently reduce emissions, emphasized scientific uncertainty, and/or were blatantly incorrect. Only BP amended its statement after UCS and Barnard College called the company out for its deceptive language.

These statements are surprising since these companies have known about climate change for at least four decades now, which would be plenty of time to figure how to make it a priority to accurately convey the latest developments in climate science. Since 1990, the Intergovernmental Panel on Climate Change (IPCC) has issued climate assessments which companies can rely on. The IPCC’s Fifth Assessment (2014) represents the latest* mainstream scientific consensus on climate change and it clearly states that “It is extremely likely that human influence has been the dominant cause of the observed warming since the mid-20th century.” The primaryhuman influence is through the burning of fossil fuels.

*(Earlier this month, this group released a special report detailing the impacts of a global average temperature increase of 1.5C relative to 2C above pre-industrial levels, and pathways to limit temperature increase to that level. See my colleagues’ blog series about what the report means for us and for climate policy).

Let’s see how oil and gas company statements on climate change stacked up.

ExxonMobil employs a dedicated climate change team and boasts about leading research around cutting-edge technology, such as carbon capture and storage. Yet the company’s statements on climate change, including the one above, do not consistently reflect the current scientific consensus around the issue.

Contrary to ExxonMobil’s claims, scientific understanding of the likelihood, magnitude and time frame of climate impacts as tied to human-caused climate change has advanced greatly. Research has over the last decade developed to the point where scientists can identify and quantify the part human-caused climate change plays in many types of extreme weather and other climate impacts. For many impacts, the likelihood is high; the magnitude is severe; and the timeframe is now. Scientists have shown, for example, that the likelihood of heat wave similar in magnitude to the one that hit Europe in 2003—during which over 30,000 people died—has doubled. Scientists have also shown that human-caused climate change made the record rainfall that hit Houston during Hurricane Harvey roughly three times more likely and 15 percent more intense.

No matter how much ExxonMobil talks about using oil to lubricate wind turbines, the company knows that most of its oil and gas are being burnt by cars, by energy generation, by human activity—which is the primary cause of climate change.

Chevron’s statement misrepresents the IPCC Fifth Assessment’s conclusions, as mentioned earlier, that human activity is “extremely likely” to be the dominant driver of warming since the 1950s, not simply one possible cause of many possible causes, as is implied by Chevron’s phrase “due in part.” Chevron’s seemingly subtle shift in wording is significant because the report shows that the overwhelming majority of the world’s top researchers agree that burning fossil fuels is by far and away the largest contributor to climate change. Injecting any doubt or uncertainty into that conclusion is disingenuous at best, and outright deceiving at worst.

If Chevron is going to quote the IPCC, the company should, at the very least, cut-and-paste from the panel’s report.

There are three major issues with the company’s statement: 1) the claim that increasing atmospheric concentrations of heat-trapping gases “can lead” rather than “are leading” to climate change, as has been established since at least the IPCC third assessment report, is followed by 2) highlighting uncertainties on the first point, when there are none and 3) proposing that it is sufficient for the company to “manage” global warming emissions rather than reducing them. Alone, each of these statements is problematic and inaccurately represents the mainstream scientific consensus. Together, they subvert the public’s understanding of climate science and supply the company with an alibi for continuing to extract, sell and profit off of fossil fuels.

When we analyzed BP’s statements from 2018 we found similarly misinforming language. But when we pointed the problematic language out to company representatives (as we did with all eight companies studied), BP promptly made changes that brought its statement back in line with climate science. As you can see in the first attempt, BP emphasizes scientific uncertainty by referring to atmospheric carbon’s “possible” climate impact. Svante Arrhenius, more than a century ago, published the fundamental scientific principle that changes in atmospheric carbon dioxide concentration results in changes to Earth’s temperature.

BP’s new statement, on the other hand, is an excellent example of an accurate copy-and-paste. The company’s new statement mentions the IPCC 5th Assessment and, unlike Chevron, gets its facts right in stating that human activity, including the burning of fossil fuels, is extremely likely to be the primary driver of climate change.

Shell’s PR machine has gone into overdrive recently in an effort to paint the company as a climate leader. While Shell falls short in a number of areas, its statements on climate science and the need to reach net-zero emissions are accurate and consistent. There’s no equivocating, no hedging, no backsliding, no prevaricating, and no hiding inaccurate climate statements on less popular pages of its website. Climate change is real, it’s caused by human activity, primarily the burning of fossil fuels, and we need to make changes immediately. Check, check, and check.

Additional studies on the language of climate deception

Several peer-reviewed academic papers have documented how fossil fuel companies have used public communications to mislead the public about the state of climate science and its implications. A University of Reading study published this year showed that up until the mid-2000s, climate change was discussed as a problem with a solution; more recently fossil fuel company language has portrayed climate change as unpredictable and unknowable. Last year, Geoffrey Supran and Naomi Oreskes analyzed 187 climate change communications by ExxonMobil and found that while company’s scientists were quietly contributing to climate science and writing reports about it to company executives, the company was paying for advertisements that told a different story.

Whether through outright climate denial, sowing public confusion on climate science, or funding of third-party groups that spread climate disinformation, each of these companies has tried to obscure climate science. But, as we saw with BP, the threat of public exposure and pressure apparently pushed the company to correct its website. As with most companies, major fossil fuel companies want to avoid the reputational risk of being branded climate deniers. This is why public watchdogging really matters.

Fossil fuel companies need to acknowledge scientific evidence that shows 1) the extraction and burning of their product is the main driver of climate change and 2) avoiding the worst climate impacts requires dramatic cuts to carbon emissions immediately.

UCS and members of our science network and supporters will continue to hold these companies accountable for what they (and their trade groups) say and do on climate change.