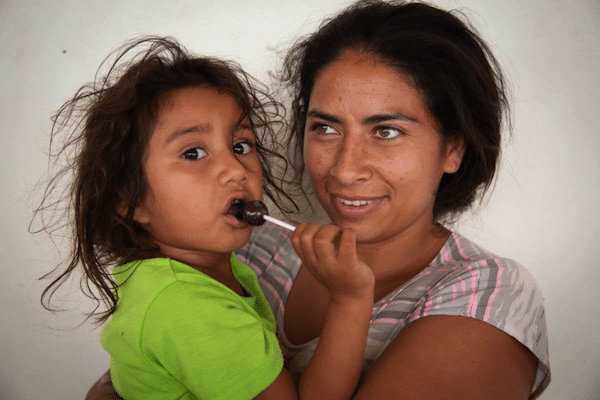 Sitting in his office, Donald Trump meets with the head of his economic advisors Gary Cohn. Cohn jokes with Trump. He says, make a speech and say that the wall on the U.S.-Mexico border is ready to be built: the materials are on hand, labour is eager. The only thing that engineers are worrying about is how to spell–over the 2000-kilometre border–the word TRUMP. Trump is not amused. He does not like jokes at his expense. He has other ideas. The caravan of Central Americans coming north, he says, ‘is like an invasion’. Fiery language is his mode. Immigration is the goose that lays the golden egg. He has no real interest in the wall. He is more interested in using the migrants as a way to stoke fear and division. That is the mode of the neo-fascists.

Along the length of Central America and Mexico, caravans of human beings walk towards the United States border (the picture above is from portraits done by Sean Hawkey of the people on the march). The first caravan of four thousand people reached the town of Matías Romero in Oaxaca state on the first day of November. A second caravan of almost two thousand people entered Mexico at Huixtla, Chiapas state, while a third caravan of five hundred people left El Salvador to seek asylum in Mexico and a fourth caravan of near two thousand people left San Salvador and reached the Guatemalan town of Tecún Umán on the Mexican border. Each of these caravans comes with determination to flee places that the people think have failed them. It brings to mind the words of the Somali-British poet Warsan Shire, 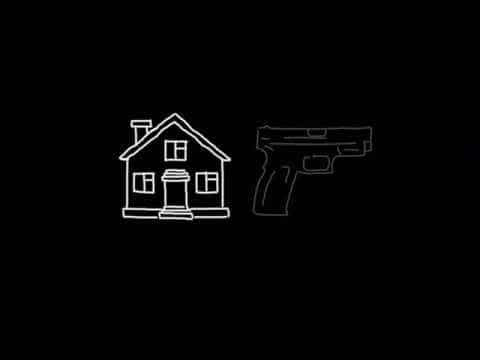 ‘No one expected this human avalanche’, said former Honduran congressman Bartolo Fuentes, who first said that he would pay the way of people to the United States. In my report at Frontline, I detail the story of the first caravan and the reasons why people decided to take their chances on the ‘corridor of death’ northwards. Part of that story includes climate change and adverse trade deals for the small countries of Central America. But there is also a longer story of political destabilisation by U.S. intervention–some of it going back to the 19th century–as well as the growth of a drug-based economy that has brought more violence to places that hoped that the end of the genocide conducted by the military regimes of the 1980s would bring a period of peace. That genocide continues, as bulldozers and dams destroy the way of life for small farmers and for indigenous communities.

The assassination of activist Berta Cáceres in Honduras is a signal of the violence that churns out people from their homelands. The trial of her killers is in chaos, the impunity another reason for people to flee. It does not help that the United States, the dragon that whips its tail and breathes fire into these countries, at the same time advertises itself as a ‘land of opportunity’. U.S. military force and capital has no borders; only people of limited means run into these borders. Their home has become the mouth of a shark. ‘Maps on our backs’, sings the Palestinian poet Jehan Bseiso, ‘Long way from home’. 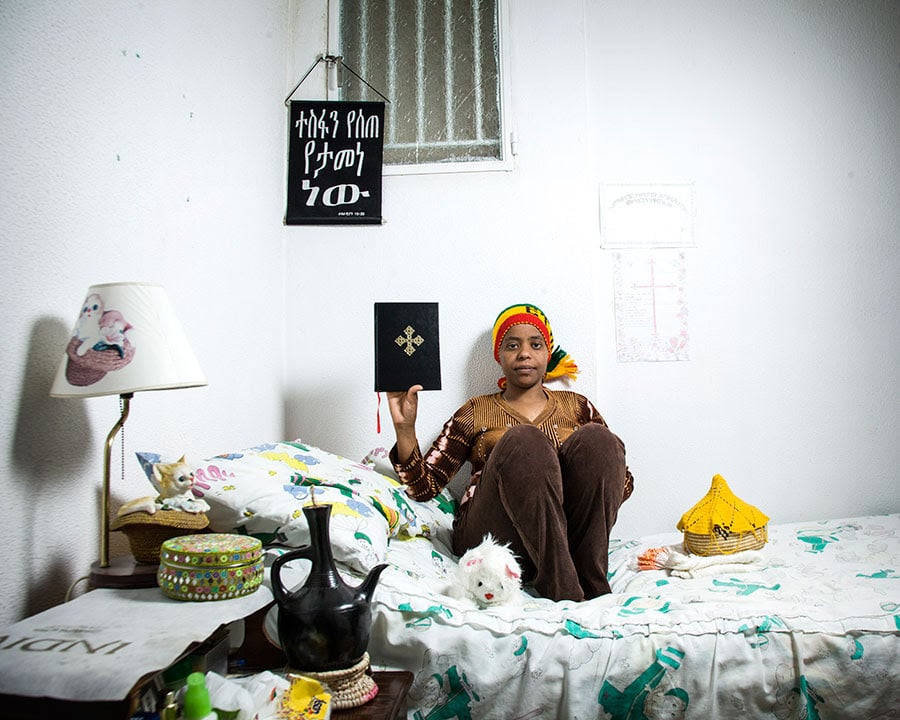 Words like ‘refugee’ (and even ‘migrant’) mislead. They reduce people to categories that suggest powerlessness. It is as if the person on the road in these caravans or on the boats in the Mediterranean Sea are to be pitied (if you are a person of sensitive disposition) or hated (if you are a person who has forgotten what it means to be human). But the people walking or on the boats are not without their own aspirations and energy, without their own sense of what they are doing and why they are doing it.

When they cross the unforgiving borders, they get to work: building homes, finding work, raising children (the picture above is by Yara A. Bsaibes for a series of migrant workers at their temporary homes). They earn money and then turn around to send it to their families who are at home. Even in the Zaatari refugee camp in Mafraq (Jordan), there are money transfer agencies that take cash from Syrian refugees and send it to their relatives inside Syria. The lines outside these agencies around the world suggest the immense feeling of humanity that motivates the people who are displaced.

The World Bank calculates that displaced people sent a total of $613 billion in remittances to their home countries, most of them in the Global South. To put this into context, the total overseas development aid amounted to $142.6 billion. In other words, workers who live perilously–and there are 258 million of them–send four and a half times more money to their home countries than do the wealthy states of North America and Europe. Even more scandalous, monopoly money transfer firms such as Western Union and MoneyGram take a fee that amounts to between 7% and 10%. The total garnishment from these workers amounts to $30 billion per year.

Western Union–which is worth $5.5 billion–and its confederates take $30 billion from the poor displaced workers.

The total annual budget for the UN Refugees Agency (UNHCR) is $8 billion.

Please pause and re-read these numbers (for more on this, see my article at Newsclick). 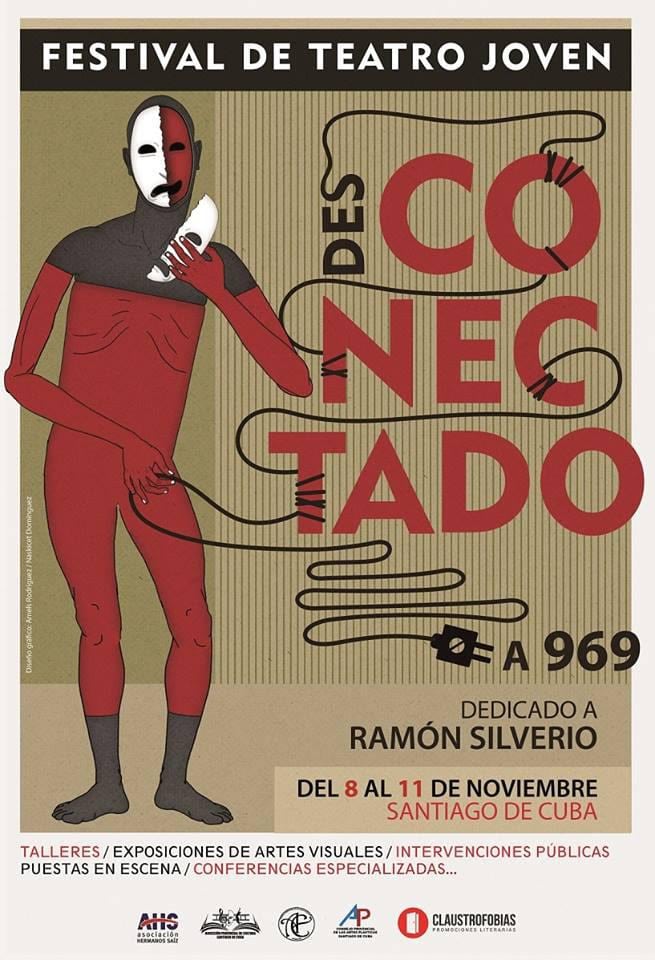 Capital and weapons slip past the border guards without care. People are held back by the borders. It is this immobility that acts as an economic knife into the gut of the worlds billions. The lack of free mobility of people facilitates lower (super-exploited) wages in some parts of the world as against others. Those who are able to cross borders, but have either no papers or have limited papers, are vulnerable to employers who super-exploit their vulnerability. In other words, on both sides of the border the displaced people have to struggle to get by with super-exploited wages and poor working conditions.

It is not enough to talk about a wall on the U.S.-Mexico border. Trump, like his predecessors in the U.S. government, want to embargo countries that refuse to acknowledge the domination of the United States over their affairs. This was the basis of the Monroe Doctrine (1823), which Trump invoked by name at the UN General Assembly a few months ago. The new phrase uttered by Trump’s advisor John Bolton–the troika of tyranny–points Washington’s finger at Cuba, Nicaragua and Venezuela. Trump has wanted war against one of these countries. Now, with close allies in Brazil and Colombia, the United States will ramp up pressure against these countries and–likely–will intervene in at least one of them.

Cuba came to the United Nations General Assembly with the resolution against the U.S. embargo of the small island nation. Since 1992, the UNGA has voted to end the embargo. This year the vote was 189 against the embargo and 2 for it (the United States and Israel). Cuba’s Foreign Minister Bruno Rodríguez Parrilla offered the rationale for the end of the embargo in his important speech at the session in New York on 1 November. It is clear that on foreign policy the world tastes the bitterness of U.S. power and dislikes it. There is no appetite–even amongst Washington’s allies–for the new sanctions against Iran, for the ramped-up embargo on Cuba and for a war against Cuba, Nicaragua and Venezuela. Even Afghanistan, as I note in my report, continues to trade with Iran–despite being virtually occupied by the United States. History is against imperialism.

Meanwhile, if you are in Havana there is a Youth Theatre Festival (see above) that is dedicated to Ramón Silverio. Silverio is the founder of the El Mejunje Cultural Centre in Santa Clara, where there is an art gallery, a theatre, a café and a place for artists and LGBTQ activists to breathe. Ramón Silverio dreams of a ‘world where everyone lives in harmony and respects individualities no matter if they’re Marxist, Christian or gay’. The festival is the opposite of the belligerent rhetoric from John Bolton. 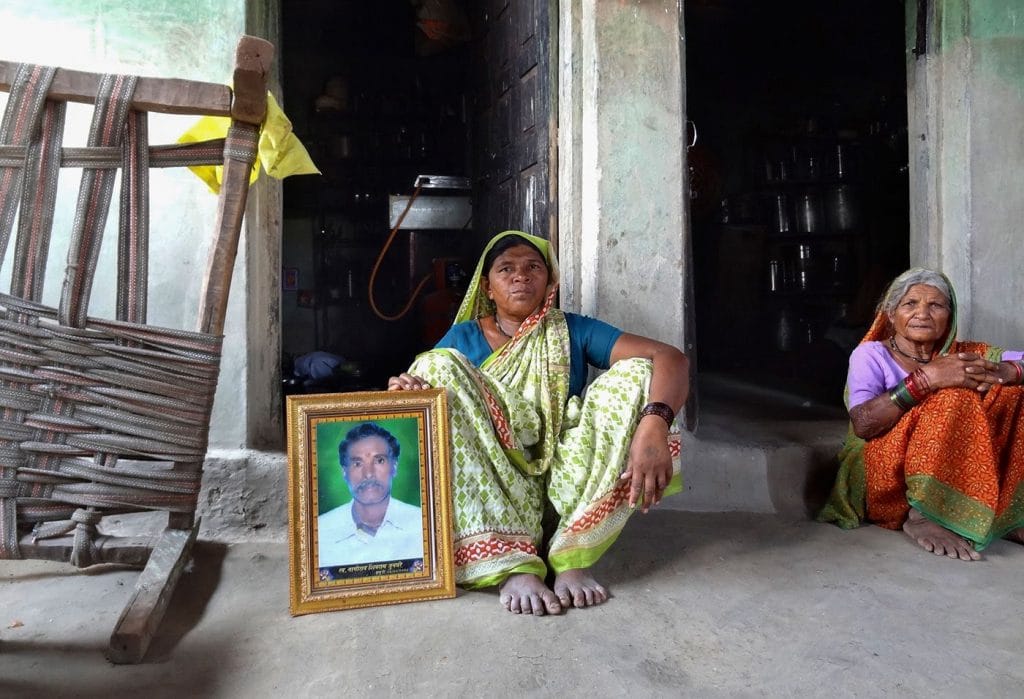 Borders surround powerful nations or encage less powerful ones. But there is no border for wildlife, whose habitat is being surely and swiftly snatched away. The Indian government has just given Reliance Corporation (net worth $110 billion), owned by the Indian billionaire Anil Ambani (net worth $2.2 billion), 467 hectares of the reserved forest land in Yavatmal to build a cement factory. Precious forest will be carved into, mineral deposits (of limestone and dolomite) will be eaten into. Local inhabitants, who live with the forest, will be slowly but surely displaced.

A tigress named Avni and her cubs roamed the area near the future cement factory. The government said that she had killed thirteen villagers. She had to be killed. Jaideep Hardikar’s three part series on the killing of the tiger is riveting–an essential read (part 1, part 2 and part 3). It is also tragic. Two ten-month-old cubs survive Avni. Raj Thackery of the right-wing Shiv Sena said, ‘I have learned that Avni was killed to save Anil Ambani’s project. The government has sold its conscience to Ambani’.

The World Wildlife Fund has just released its chilling Living Planet Report which shows a decline in wildlife population by 60% over the past forty years. The authors of the report blame ‘humanity’ for increased consumption. Once more, the data here is useful but the analysis is insufficient. There is no ‘humanity’ by itself only classes and nations, where some classes and certain nations dominate the agenda for the planet. Reliance Corporation wipes out the forest and puts pressure on the tigers; the villagers who are killed by the tiger are merely fodder for processes that are beyond them. The problem here is not human failure, but the capitalist system which has made nature into a commodity and does not care at all for its existence. It is this system that drives the destruction of the Amazon Rain Forest and of the Arctic Circle. Profit is more important to this system than people.

‘Private property has made us so stupid’, wrote a young Marx in 1844. 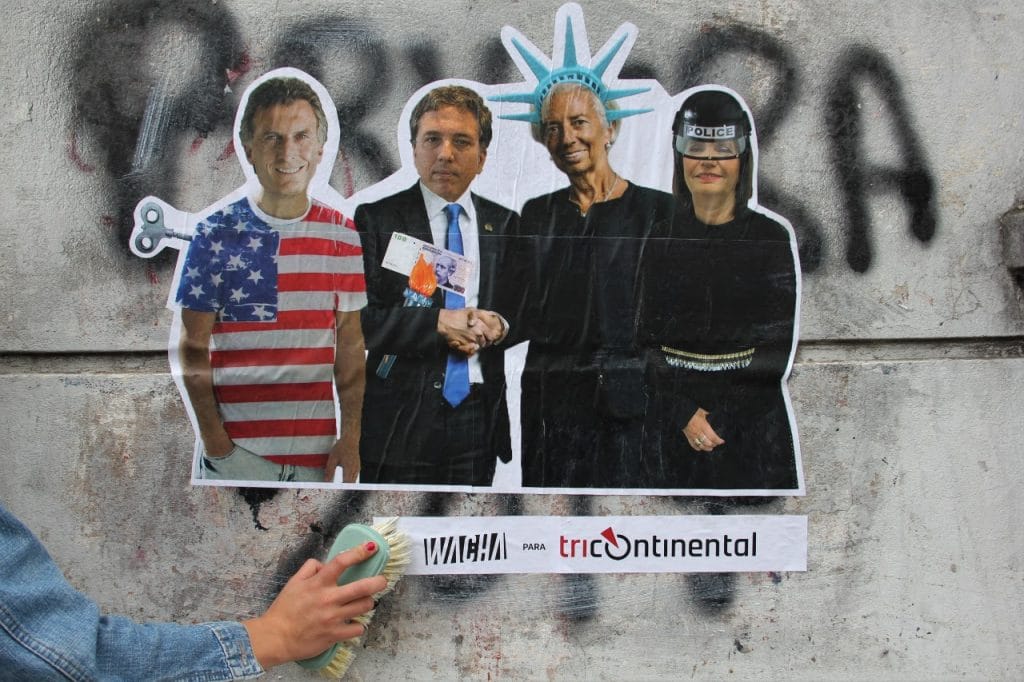 Coming up next week: our dossier on the IMF’s return to Argentina. The picture above is a preview from the dossier. Also, go back and download our Notebook which carries Samir Amin’s last interview.

Next week on Monday–in Rio de Janeiro, our Brazil office will livestream an important seminar on Changes in the World System and the Challenges for Brazil with Ana Esther Ceceña (UNAM), Beatriz Bissio (UFRJ), Monica Bruckmann (UFRJ) and Samuel Pinheiro Guimarães (former Ambassador to Mercosur). You can follow the conversation at our Facebook page.

The Benedictine monk Marcelo Barros writes from Brazil that there is no choice before us but to revive the spirit of resistance, reorganize hope and be militant in our insistence for a new world. Pay attention to him.

Our image below is of Qiu Jin (1875-1907), a Chinese feminist, poet and revolutionary. After the founding of the feminist and nationalist journal Zhongguo nubao, Qiu Jin was appointed to head the Datong School, an arms warehouse and military training camp for revolutionaries that was disguised as a sports school. As a martial artist, Qiu Jin trained revolutionaries along with her cousin Xu Xilin. They were both caught, tortured and executed before the Anqing Uprising. ‘Don’t tell me women are not the stuff of heroes’, she said. 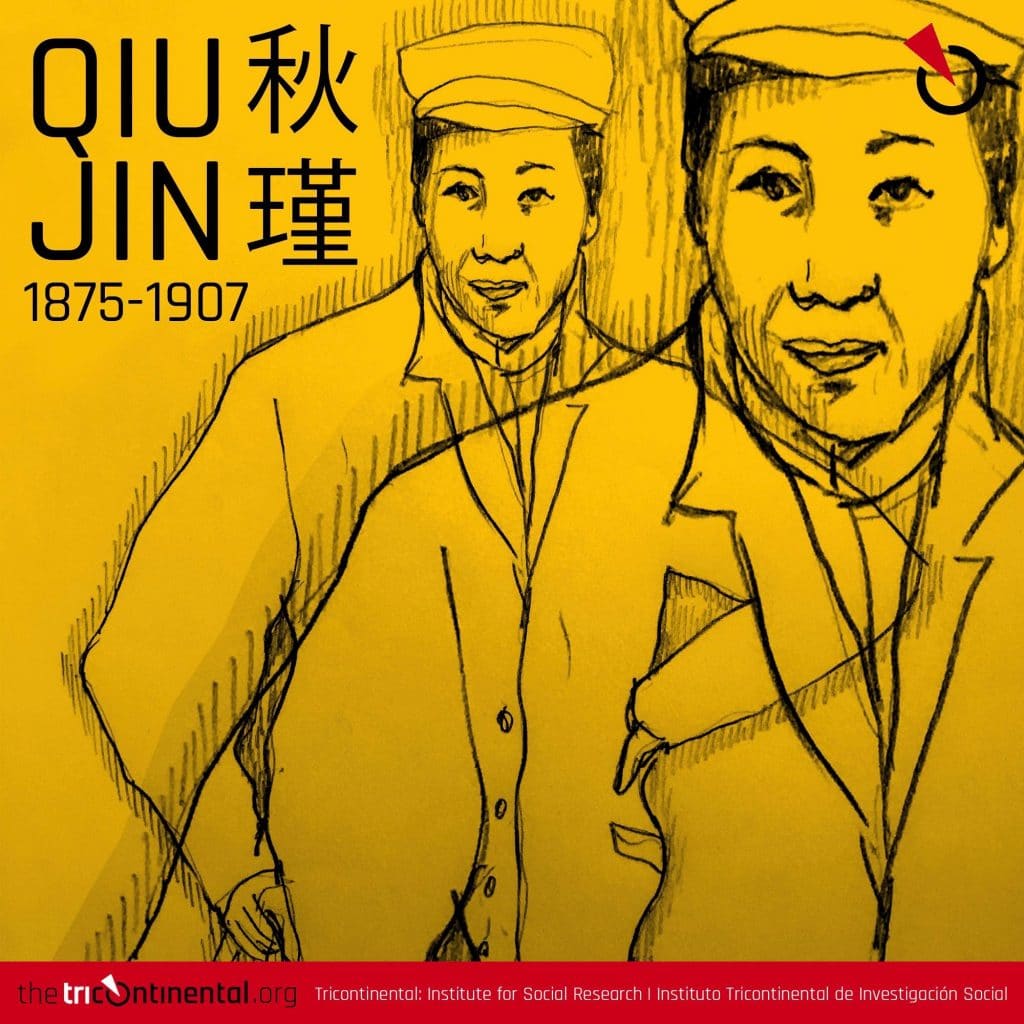