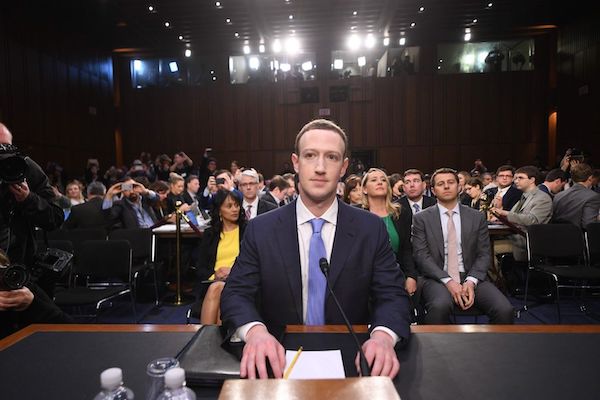 This is an edited version of a chapter from the new book Anti-Social Media: The Impact on Journalism and Society, edited by John Mair, Tor Clark, Neil Fowler, Raymond Snoddy and Richard Tait. Email Richard@Abramis.co.uk to order a copy.

Twitter says it is about “what people are talking about right now”. Facebook argues its “mission is to give people the power to build community and bring the world closer together. People use Facebook to stay connected with friends and family, to discover what’s going on in the world, and to share and express what matters to them”.

So according to social media corporations’ self-description, ‘social’ media is about expression, sharing, communication, and community. This understanding is in line with bourgeois social theory’s notion of the social: For the French sociologist Émile Durkheim, the social means social facts which exercise ‘an external constraint’ on the individual. As a consequence, every expression is seen as social because it enters into others’ thoughts and behaviour. So in a Durkheimian understanding, every posting on Facebook and Twitter–even if nobody responds–is social because it has the potential to enter others’ thoughts and behaviour. For the German sociologist Max Weber, action is social if it ‘takes account of the behaviour of others and is thereby oriented in its course’. So, for Weber, Facebook and Twitter are social insofar as users respond to and comment on others’ tweets, Facebook postings, etc. The Durkheimian and Weberian understandings of the social fit well into social media corporations’ worldview that presents these companies’ technologies as the essence of the social: Facebook CEO Mark Zuckerberg said in an interview in 2011 that Facebook is “true” sociality because it fosters the “ability to stay connected to more people”. Facebook’s COO Sheryl Sandberg claimed in the same interview Facebook is the “social technology people use” and Facebook wants “everything to be more social for everyone else”.

I have argued on another occasion that commercial social media’s corporate strategies advance the engaging/connection/sharing-ideology. That something is an ideology points towards a darker reality: Someone advancing an ideology makes a claim that does not correspond to reality and that distracts from the actual state of reality in order to hide power structures. ‘Social’ media companies claim they are social in order to advance the unsocial and the anti-social.

The Cambridge Analytica scandal has evidenced the anti-social character of ‘social media’: In 2013, University of Cambridge neuroscientist Aleksandr Kogan started using Facebook’s developer platform for running a personality quiz on Facebook, by which he collected personal data of almost 90m users that was sold to Cambridge Analytica, whose vice-president was right-wing ideologue Steve Bannon. Bannon later became Donald Trump’s White House chief strategist. Cambridge Analytica used the data for personalising political advertisements in election campaigns. This practice has widely been considered as the attempt to manipulate democracy. As a consequence, commentators started speaking of Facebook’s anti-social and unsocial character. So for example, the Financial Times suddenly spoke of the ‘anti-social network’.

The problem of the mainstream public sphere’s sudden discovery of anti-social media is that the same commentators, pundits and media for years celebrated corporate social media as the newest big thing that would transform everything and would make everything better. They overlooked that anti-sociality is immanent to and built into digital capitalism.

2018 is not just the year the Cambridge Analytica/Facebook-scandal broke, but happens to also be the year we celebrate Karl Marx’s bicentenary. And it is Karl Marx, whose theory is the most powerful tool for unveiling the unsocial and anti-social character of corporate ‘social’ media and digital capitalism.

The Economic and Philosophic Manuscripts of 1844 are an early philosophical work of Marx, in which he most powerfully formulates the critique of capitalism as anti-social system by coining the notion of alienation.

For Marx, humans are social beings because they produce social life and society together. So for Marx, social production constitutes the social character of human beings:

Not only is the material of my activity given to me as a social product (as is even the language in which the thinker is active): my own existence is social activity, and therefore that which I make of myself, I make of myself for society and with the consciousness of myself as a social being…The individual is the social being. His manifestations of life–even if they may not appear in the direct form of communal manifestations of life carried out in association with others–are therefore an expression and confirmation of social life. Man’s individual and species-life are not different, however much–and this is inevitable–the mode of existence of the individual is a more particular or more general mode of the life of the species, or the life of the species is a more particular or more general individual life.

Marx interprets Hegel materialistically for arguing that domination and class structures result in a gap between the existence of humans in contemporary society and their social essence. Capitalism constitutes the non-identity of humans’ essence and existence. Capitalism alienates humans from their social nature. Alienation constitutes capitalism’s unsocial and anti-social character. Marx argues that the division of labour, class structures and commodity exchange result in the domination of society by “unsocial, particular interests”. As a consequence, there are four kinds of alienation: 1) Humans are alienated from nature; 2) Humans are alienated from their bodies and minds, their subjectivity; 3) The human is alienated from the “product of his labour, from his life activity” and also from other humans and society. In alienated structures and societies, humans do not control the things, structures, resources and social relations they produce and that they produce with.

The Cambridge Analytica scandal is not simply a story about fake news, fake attention, fake accounts, fake personality tests and fake advertising on social media. It is a story about the intersection of right-wing digital ideology, digital capitalism and digital neoliberalism. Far-right ideologues and movements will do whatever it takes to achieve their goals, including using digital media in all ways necessary for spreading propaganda and defeating political enemies. The political culture of fake news is an expression of the friend-enemy-scheme in a highly polarised political world dominated by new nationalism and right-wing authoritarianism.

Facebook is the epitome of digital capitalism: It treats personal data as a commodity in order to sell targeted advertisements. In 2017, Facebook’s profits amounted to $15.9 billion in 2017. Targeted advertising is driven by algorithms that are blind for the content of what is being advertised. For Facebook, it does not matter if the ad is about chocolate cookies or fascism–it only cares about selling targeted ads for the sake of profit. It is therefore no surprise that Facebook has tolerated highly problematic data practices. Its logic is that the more online activity, data and meta-data is generated, the more potential profit emerges.

But as a consequence, profitability and capitalism’s economic freedom come into contradiction with political freedom (democracy) and social freedom (fairness, equality). Capitalism is based on generalised commodity production by workers who do not own the commodities they create. Commodities are capital that yield profits for capitalists. Users’ unremunerated digital labour produces big data that Facebook commodifies and turns into profit. The users of advertising-based social media platforms are digital workers, the 21st century’s digital proletariat. Because of the mistaken ideology that what is good for capitalist businesses’ profits must be good for society, neoliberal politics and politicians are lax on privacy protection and regulating digital corporations. Business self-regulation does not work. It has become evident that it can easily advance threats to democracy.

The Cambridge Analytica scandal is just the tip of the iceberg of digital alienation: Digital corporations alienate users from data and platforms. Users are not in control of privacy. Neoliberalism alienates citizens from access to common goods necessary for leading a decent life. Far-right demagogues alienate society from democracy.

In the congressional hearings on Facebook in the US, Mark Zuckerberg acted as the unknowing CEO. His most frequent answer to the hundreds of questions posed to him in the two hearings followed the styles ‘I don’t know’ and ‘I don’t know off the top of my head, but we can follow up with you’.

Slavoj Žižek argues that Rumsfeld deliberately overlooked that “the main dangers lie in the unknown knowns–the disavowed beliefs, suppositions and obscene practices we pretend not to know about, even though they form the background of our public values”. In a public hearing, Zuckerberg disavowed knowledge of the hidden knowledge and values that underpin digital capitalism and therefore form the background knowledge of his and Facebook’s everyday practices. In the Senate hearing, Zuckerberg said Facebook “doesn’t feel like” a monopoly. Zuckerberg certainly ‘feels’ and senses the growing amounts of money on his bank accounts, so is knowledgeable of it. But he says he does not feel monopoly structures. He does not want to think of the broader implications of the monopolist practices of capital accumulation on society, which shows that capital is blind to its own negative features and impacts on society. The implication, however, is that capital will not voluntarily do anything to mitigate its own negative impacts. It is therefore a political task to force basic rules of conduct on capital via the law, the state, and civil society.

Liberals now call for more privacy regulation and data protection. But there is no simple fix to digital capitalism’s structural problems. What can be done? Banning targeted political online advertising reduces the dangers of advertising to democracy. It can only be effective if high fines for disregarding the ban are introduced and executed. Such a measure can as a starting point be introduced in single national jurisdiction.

Another measure is to substitute algorithmic activity by paid human work of highly skilled and well-paidWe require new types of online platforms which advance the digital commons and digital public services. Public service broadcasters should be encouraged and legally enabled to build and operate their own social media platforms, e.g. a public service YouTube run by a network of PSBs, including BBC, ARD, France Télévisions, RAI, PBS, etc. Taxing online advertising and other digital profits would create a finance base for funding alternative social media and solve the problem that digital corporations avoid paying taxes. A participatory media fee could thereby be enabled which gives an annual public sphere cheque to citizens, who donate the received money to non-profit media projects. Facebook, Twitter, Google could be turned into non-profit platform co-operatives not owned and controlled by shareholders, but by the users themselves. Overcoming the threats posed to society and democracy by unsocial social media requires us to advance the digital commons as alternatives to digital capitalism.