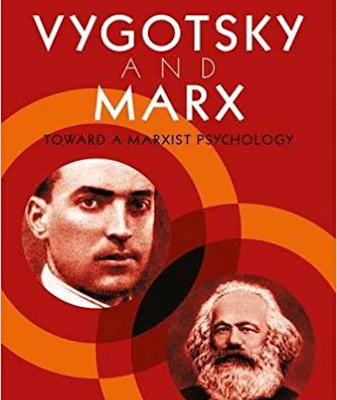 Carl Ratner is one of few psychologists working today who aims to develop psychology on an unabashedly Marxist foundation. The dominant narrative in psychology is that our minds and our society are direct manifestations of human biology. Supposedly, we have Pleistocene-era brains stuck in modern bodies, which means that we are likely born racist and that gender disparities are natural. And because we are innately selfish, violent, and distrustful of outsiders, we have developed police, armies, and borders to hold society together. Ratner turns all of this on its head, demonstrating instead how human psychology is constructed by cultural, economic, and social forces. All of Ratner’s work is animated by a commitment to working-class emancipation, and he attempts to build on the psychological approach initiated by Lev Vygotsky and his collaborators in revolutionary Russia during the 1920s.

Ratner’s 1991 book Vygotsky’s Sociohistorical Psychology and its Contemporary Applications is a stunning rebuke to biological determinism. Ratner lays bare Vygotsky’s Marxist roots and applies his concepts to a variety of topics in modern psychology, demonstrating its wide-ranging validity. Starting from the premise that all psychological phenomena are constructed as humans transform themselves and the social and natural world, Ratner applies a unified sociohistorical approach to cognition, perception, personality formation, emotion, memory, and psychopathology. In one valuable section, Ratner analyzes extreme forms of psychosis, demonstrating how the malignant social forces unleashed by capitalism can produce dramatic psychological ruptures in our lives. Perhaps even more striking, Ratner shows how changes in socioeconomic activity and structures can alter basic psychological processes like the way we perceive color, size, sounds, and even smells. The profound implication of the book is that if human psychology is so thoroughly social—constructed culturally and historically from the ground up—then the notion of “hard-wired” human traits is an illusion. Not only is the transformation of consciousness and society possible, but these ongoing processes form the very fabric of human psychology.

Ratner’s 2011 Macro Cultural Psychology: A Political Philosophy of Mind further scrutinizes psychology as a political practice. Responding to Vygotsky’s call for a Marxist “psychological materialism,” Ratner grounds psychological phenomenon in social institutions (government, army, corporations), cultural artifacts (highways, malls, computers) and cultural concepts (gender, wealth, childhood, justice). Ratner’s exposition of consumer psychology exemplifies his approach to analyzing an oppressive psychology that is instigated at the macro level. To generate the demand necessary for capitalists to realize surplus value, consumer psychology reengineers every aspect of human existence as a commodity. Especially relevant to organizing is the role consumer psychology plays in not only placating a frustrated and alienated populace, but in convincing us that our own inadequacies are to blame for our despair, short circuiting collective resistance. Fashion and cosmetics industries create unhealthy and unattainable ideals, driving us to purchase product after disappointing product. As Ratner observes, “It is a rare society that can earn the loyalty of citizens by continuously frustrating them. This testifies to the culturally organized response to frustration, rather than to any natural response.” The book analyzes several other cultural-psychological phenomena, for instance how Jim Crow racial “etiquette” reconstructed the social-emotional functioning of white children, and just how difficult it was to break from this psychology (in the absence of a mass movement).

Given Ratner’s legacy, we approached his and Silva’s new edited collection with great anticipation. The authors’ stated objective is to contribute to Marxist social science and the revolutionary transformation of society. While many treatments ignore Vygotsky’s Marxism, Ratner and Silva show that not only was Vygotsky a committed revolutionary Marxist, but he extended Marxism in new ways by applying it to psychology. The authors critique prominent contemporary “Vygotskians” who divorce Vygotsky’s emphasis on collaboration, transformative practice, and human development from the project of socialist emancipation. For example, human labor activity is the origin of psychology for Vygotsky and Marx, but Vygotsky’s interpreters disregard the alienation of labor under capitalism, analyzing it as a bland, neutral phenomenon.

The book’s eight chapters aim to recover Vygotsky’s work from such distortions, applying his approach to specific issues like imagination and creativity, language and bilingualism, and social constructionism. In the chapter comprising the bulk of the book, Ratner systematically articulates a general framework for Marxist psychology that examines the social origins of human consciousness flowing from the political and economic relations at the heart of human culture. Ratner argues that “macro-cultural psychology” is an approach well-suited for furthering Marxist psychology. He writes, “One way to extend and advance Vygotsky’s concepts would be to enter debates about the causes . . . of intelligence, identity, emotions, cognitive reasoning, child development, sexuality, or mental illness. Vygotskians could elaborate on the cultural basis of these competencies and rebut nativist, biological, and personal-subjective causation.” In this, Ratner urges us to draw inspiration from Marxist scientists in the 1970s and 1980s who rebutted biological reductionism. Ratner also makes a compelling argument that ideas that may be incompatible with Marxism, but nevertheless have psychological value—like Freudian psychoanalysis—can be reformulated and effectively incorporated into Marxist psychology.

While Ratner does a service in outlining broad principles for a Marxist psychology, he sometimes oversimplifies Vygotskian theory along the way. For instance, he writes “Vygotsky emphasized language as the basis of thought,” to which he counterposes Marx and Engels’s grounding of language in social life. However, in Tool and Sign and Thinking and Speech, Vygotsky discusses how language arose historically to facilitate cooperative human labor, referencing Engels. Moreover, Vygotsky illustrates the cognitive insight used by apes in fashioning simple tools to acquire food, and the thinking of human infants prior to acquiring language. Language is not the basis of thought for Vygotsky, but language does revolutionize human thinking both historically and within our individual lifespans. As children act in the world, thinking and language dialectically intertwine to form a powerful new mode of verbal thought, marked by silent, inner speech. Children’s development of thinking and speech is grounded in their practical activity, and we urge reading Vygotsky to see these psychological dialectics at play.

Ratner offers a powerful antidote to mainstream psychology, and his overtly political approach is refreshing and enlightening. As to how we actually transform society, however, Ratner offers less insight. He often critiques demands for reforms within capitalism (e.g. “Black Lives Matter”) as distractions from revolution, rather than showing how movements like BLM help to build revolutionary forces and challenge the racism that is so integral to U.S. capitalism. Somewhat surprisingly, Lenin, Trotsky, and the Bolshevik Party do not feature in the book, and the role of agency, political leadership, and radicalizing consciousness in revolutionary transformation are not satisfyingly addressed.  While Ratner expertly details social, cultural, and historical influences on psychology, his view of how society changes seems overly mechanical at times. Drawing insights from Ratner’s valuable body of work, it is up to us to further develop the subjective side of the revolutionary dialectic that Ratner advances.