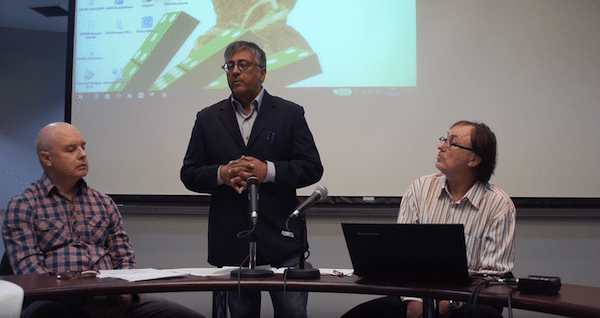 Co-sponsored by SFU’s Institute for the Humanities, School for International Studies, Department of History, & Department of Sociology and Anthropology.

This lecture analyses the battle of ideas on the role of the state in society between the neoliberals of the so-called Austrian school of Economics (Menger, von Mises, von Hayek) and the Austro-Marxists (Hilferding, Bauer, but also the Vienna Circle member Neurath) in Vienna of the 1920´s and 1930´s. Both proposals sought to achieve hegemony in a Gramscian sense with their respective outlooks over society. While the ideas of von Hayek et. al. did not find a fertile ground in their homeland and had its concrete political applications outside of Central Europe (mainly from the 1970s onwards in many countries of Latin America and from the 1980s in the UK and USA), the Austro-Marxists counterproposal was developed exclusively through specific Viennese public policies (social housing; culture and sports, public health, education) and did not have much influence outside Austria. The lecture attempts to recover the forgotten ideas of “Red Vienna”, analyses the rise of neoliberal thinking and its impact in current times.

Johannes Maerk, PhD. University of Innsbruck Austria (Political Philosophy), is the Director of the Viennese Ideaz Institute, Lecturer at the University of Vienna, and Professor at the University of Quintana Roo, Mexico (leave of absence). He also had research and teaching appointments at National University of Mexico (UNAM), Simon Fraser University/Vancouver, the University of the West Indies/Jamaica, State University of Rio de Janeiro (UERJ)/Brazil, and Warsaw University/Poland. His research interests are non-western and comparative social sciences (political thought, IR), epistemology, South-South relations, and development issues. He currently has research projects in Latin America and the Middle East. Among his publications are the edited volumes “Existe una epistemologia latinoamericana” and “Cómo democratizar la democracia,” as well as articles about political thought in Latin America and Canada, Red Vienna, and other topics related to his research interests.

Duane Fontaine, MA, CPA, CGA, is a professional accountant who is currently a PhD student in SFU’s interdisciplinary SAR program. Duane is currently studying the nature of work in contemporary neoliberal society and is contrasting that with an examination of alternative visions of what the future of work might be, both in terms of a quantitative reduction of socially necessary work (e.g. through automation, job sharing, reduced work week, guaranteed basic income), and in terms of a qualitative redefinition of work from the standpoint of both Critical Theory and Virtue Ethics. His research will focus on the application of the Herbert Marcuse’s ‘aesthetic dimension’ (informed by Friedrich Schiller’s On the Aesthetic Education of Man), as well as contemporary applications of Aristotelian virtue ethics (through the work of Alasdair MacIntyre, Amartya Sen, Martha Nussbaum and others), to the problem of a how to re-envision and re-define work in a way that is more applicable to the goal of enhancing well-being.