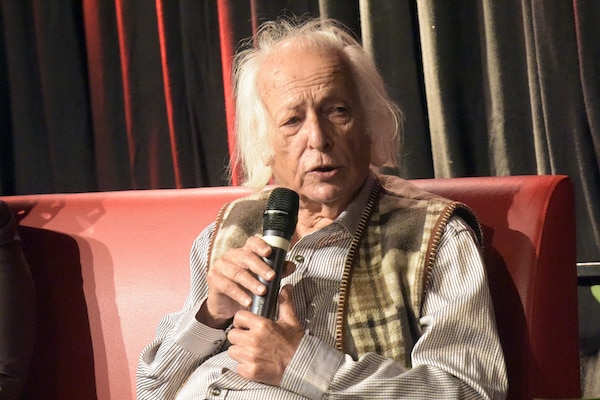 In June 2010, Mahmood Mamdani was appointed Director of the Makerere Institute for Social Research (MISR) in Kampala, Uganda, which he since developed into what is arguably the premier center for graduate education in the social sciences and the humanities on the continent. On December 1, 2018, at the Annual Meeting of the African Studies Association in Atlanta, Georgia, Mamdani delivered the Hormood Lecture. His theme was “Decolonization and higher education: the experience of Makerere Institute of Social Research.” Parts—on the history of intellectual debates over the nature of the African university—of Mamdani’s lecture have appeared in this London Review of Books article. A major influence on Mamdani’s mission for MISR was the late Samir Amin, the Egyptian intellectual who passed away in August 12, 2018. Soon after Amin passed, we published a post by Max Ajl on Amin’s contributions to historical social science—and revolutionary theory. Ajl concluded that Amin’s contributions span an almost mind-boggling breadth. After hearing Mamdani remembering Amin, I approached him about publishing that section of his remarks on Africa is a country. He obliged.–Sean Jacobs.

Another source of inspiration for the post-doctoral program at MISR was CODESRIA. The Council for the Development of Social Research in Africa, was established in 1973. Its first director was Samir Amin. Samir died a few weeks ago. There has been an ongoing discussion of his life and work in CODESRIA circles, but none so far as I can see at the African Studies Association. The reason I think points to an important difference between ASA and CODESRIA. I will offer a few thoughts on this. Since I have been an active member of CODESRIA since 1975, and since CODESRIA was an important influence on MISR, I would like to say a few words in appreciation of its founder, Samir Amin. I will confine myself to his intellectual work.

Samir’s doctoral thesis, the multi-volume Accumulation on a World Scale, was written on a vast canvass. It presented an ambitious outline agenda, one that Samir spent a life time filling and fulfilling. Samir was hugely prolific. Among his writings, there were two which came closest to taking up the challenge formulated in his doctoral thesis. The first was Eurocentrism and the second Unequal Development.

I have taught Eurocentrism at least ten times over the past two decades. Every time, I am amazed at the world historical grasp that informed its author. Samir was more a man of history than a man who we could identify with a particular place. The places that most come to mind are Cairo, Dakar and Paris. Even if Samir moved between them, he was a moving target, a man of no fixed abode. His life resembled that of Marx, a man without a homeland, but one whose home was a chosen commitment to a historical project. Like Marx, Samir was a man of a fixed time, the modern. I remember being struck by Samir’s critique of Edward Said’s politically important work, Orientalism. Samir objected to what he considered a trans-historical critique. He argued that rather than present us with an ahistorical discourse of Western culture, as if it were timeless, Edward should have given us a critique of the modern Western discourse on the Orient. I believe Samir was the first to formulate this critique, which has since been repeated over and again by many others.

Even though he thought of his own writing as grounded in Marxism, Samir is best known for his works on dependency theory. He introduced an entire generation of young scholars, myself included, to think of under-development in historical terms. The work I found truly compelling was Unequal Development, and its companion volume, De-connexion. One gave a historical account of the present, the other charted a way forward.

As Marx never tired of repeating, the test of theory lies in practice. I recall Samir telling us of when he received a call from Thomas Sankara asking him to travel urgently to Burkina Faso to discuss a challenge. On arrival, Samir was told by Sankara: “You have told us that we must have the courage to de-connect. Before we could gather that courage, the French have taken the lead and de-connected us. What shall we do?” Samir was flummoxed. He admitted to us: “I had not imagined that the question of de-connection would first arise in a country as poor as Burkina Faso.” It seemed to illustrate a practical dilemma: whereas prescriptive formulas—as short and succinct as “de-connexion”—seemed to apply to one and all without discrimination or difference, each case is in practice different and so are the consequences of the application. It seemed to raise a problem similar to that faced by the Russian Revolution: how was one to achieve “socialism in a single country,” in this case “de-connexion of a single country”?

I thought the story pointed to a broader issue. The objective claims of structuralism appear less convincing when bathed in a historical perspective. Historical specificity begins to distinguish one case from another. Although I never had an opportunity to discuss this with Samir, I thought the history of the past few decades raised a central question for dependency theory, and its conclusion that there can be no “development” in the context of an imperialist-dominated world. What does the emergence of China as the new economic challenge to the only super-power, the United States, say about the claims of dependency theory? And what about the emergence of others, such as India and Brazil, all with a colonial past and without a socialist present?

The debate over CODESRIA’s overwhelming theoretical orientation to political economy and policy preference for a state-led growth model came to a head at the 1984 General Assembly. It led to the initiation of a new multi-national research group on social movements and democracy.

Samir walked on two legs, to use a Maoist phrase, constantly moving from theory to practice and back. The political economist in him was constantly put to task by his continuing engagement in real life politics. I thought his most difficult moment came with the Arab Spring in Egypt. We disagreed on political Islam several times. The first was decades ago at a CODESRIA working group on the gender question. I recall Samir being firmly and totally opposed to political Islam of every hue. He gave his reasons: he said political Islam was socially regressive on the gender question, and its laissez faire economic thought went no further than philanthropy. The debate resurfaced at the 1991 Symposium on Academic Freedom in Kampala, except this time as a debate on democracy. How were we to think of the past century of state-enforced secularism against the reality of ethnic and religious mobilizations in society?

Samir was single-minded, a man with conviction, focus and determination. He wanted clear sight of the enemy and a clear choice between alternatives. But the Arab Spring gave no such easy alternative. The alternative it did pose was between a military-led secularism and a Muslim Brothers-led parliamentary democracy. The single-minded pursuit of secularism led to a military coup. The debate, which had been rife in CODESRIA for over a quarter century, flared up once again at the last General Assembly.

Political Islam is today divided between two major tendencies: both are socially reactionary and economically free market-oriented. The difference between them is political: one tendency—illustrated by Daesh and al Qaeda, and supported by Saudi Arabia and the Emirates, with the U.S. fully complicit—calls for a top down armed struggle. The other champions a parliamentary road. More of a bottom-up approach, it reflects the actual historical experience of Turkey and Iran. The stakes are becoming clearer as global consequences of the Saudi-led Wahhabi mobilization against Muslim Brothers become evident.

Samir was a thinker and he was a public intellectual. This founding father of CODESRIA was determined that it must not become just another donor-funded collection of individual or small team researchers, indulgently watered like so many potted plants in green houses. CODESRIA, he was convinced, must remain open to sound and fury, wind and rain, storm and lightning. It must, above all, provide a home to discuss issues central to the future of African peoples. In the absence of a real African parliament, it must function like one. In contrast, ASA is a professional organization, devoted above all to building careers and monitoring the terrain known as African Studies in the U.S. As the home of public intellectuals in Africa, and as a scholarly forum, CODESRIA does not limit its discussion to Africa. At a CODESRIA General Assembly, no part of the world is forbidden territory. Rather than focused on a place called Africa, the debate is thematically and issue driven, drawing on experiences from around the world.

One last word about Samir Amin. Samir came of intellectual age during an era when the battle was for independence. It was a time we understood independence in terms of state sovereignty and decolonization of the economy. But success along this road has posed new challenges: central among them is that of extreme violence. It calls on us to think of the underside of state sovereignty, but without letting go of the gains of independence. This challenge calls on us to broaden and deepen our understanding of political modernity and to critically think the notion of sovereignty at the heart of it—if we are to develop a richer and a deeper understanding of decolonization.