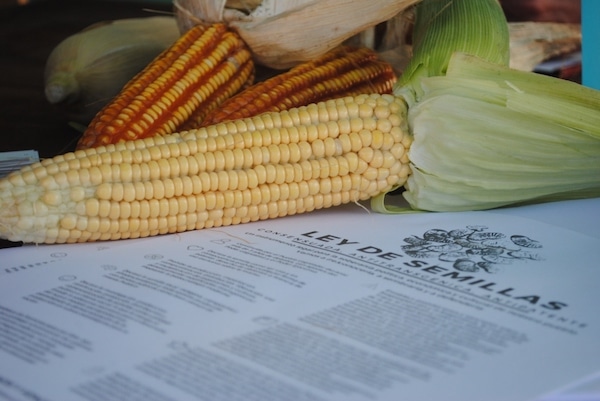 In the wake of the passage of the United Nations Declaration on the Rights of Peasants and Other People Working in Rural Areas, following 17 years of advocacy by the international organization La Via Campesina and multiple allied organizations, this 23rd of December Venezuela celebrated the third anniversary of the approval of the Venezuelan Seed Law, recognized internationally for its contributions toward the recognition of peasants’ rights.

This anniversary occurs in the midst of a food war that has greatly impacted access to certified seeds. Such seeds are sold at speculative prices with restricted access and very poor quality. Furthermore, the National Assembly, out of contempt for the new law, has passed a different seed law in the image and likeness of global agribusiness: transgenics and patented seeds are among its uninspiring proposals.

Despite this, the Seed Law is being implemented from below and with force. Among the keys to peasant resistance to the current crisis has been the recovery of native seed varieties and the creation of multiple strategies to reproduce hybrid commercial seeds. These practices, which in many other countries are considered as infringing on seed laws, in Venezuela are recognized as fundamental for the conservation, improvement and multiplication of peasant, Indigenous and Afro-descendant seeds.

Three years after the law was passed, the balance we can make is in its implementation by grassroots organizations, social movement networks and productive initiatives. This past October, the 13th edition of the Day of Peasant Seeds was celebrated in Montecarmelo in Lara State and in December the 7th edition of the Native Potato Eco-Festival was celebrated in Gavidia, in the state of Merida, both spaces for recognition, exchange and celebration of the seeds conserved by farming families. Native potatoes were recognized as an “Asset of Cultural Interest of the Nation” in 2015. 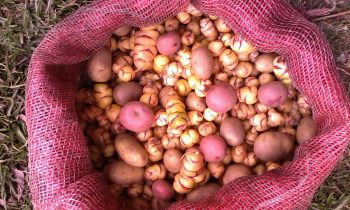 In terms of production, two efforts of substantial scale are taking place in the west and east of the country. A partnership between Plan Pueblo a Pueblo (People to People) and the organization Proinpa (Integral Producers of the Páramo) has allowed the establishment of 5 potato seed production centers among networks of free and associated producers of Plan Pueblo a Pueblo in the state of Trujillo.

Plan Pueblo a Pueblo has managed to distribute more than one and a half million tons of vegetables, tubers, plantains, fruits, grains, sugar and fish through a popular organization network that links the countryside to the city. Proinpa has developed the highest production capacity of potato seed nationwide through various partnerships with the Ministry of Science and Technology focused on technological innovation. Today these two efforts converge in the production and reproduction of potato seeds, which makes the Seed Law a living reality in the hands of people with the capacity of covering 20% of the potato demand of the country. In addition to potato seed, the producers of Pueblo a Pueblo have been rescuing and recovering seeds of corn, legumes and tubers that had been overlooked by the commercial seed industry and largely disappeared from farmers’ plots.

Additionally, in the state of Lara a seed protection center was set up, El Conuquito del Barranco, which houses more than 50 varieties of different crops such as cereals, legumes, pasture and forage crops, tubers and vegetables, among others; and in the Andes, the organized women of the Piedra de Mubay collective have made important advances in the production and adaptation of seeds to high mountain conditions under agroecological management. 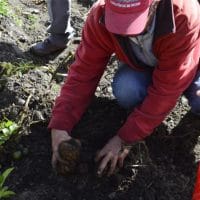 In the east of the country, from August to December, 9 training centers were established in the states of Anzoátegui, Bolívar and Sucre, where 120 families are multiplying the Guanape MFE yellow corn variety under peasant management, with the supervision of the peasant teacher Pablo Characo and the support of the Bank for Women. The objective is to produce 200 kilos of seed per center, which will cover 90 hectares of corn production for the next crop cycle. This variety is the product of a process of participatory improvement among three communities that managed to develop a variety that produces up to 7,000 kilos per hectare with support from INSAI and INIA (public agrarian institutions).

Finally, another expression of the implementation of the Seed Law is the creation of a communal information system for local, peasant and Afro-descendant seeds that will be called “Sistema Conuco,” through which any farmer, seed center, or seed bank can share information about their seed varieties, contact other producers, exchange knowledge on agroecological practices, and partake in the creation of collective seed brands for free use. Likewise, it will be a consultation portal for any user who wishes to access training materials and news about processes related to food sovereignty in Venezuela and other countries around the world. This portal will be available online soon at www.elconuco.com.ve.