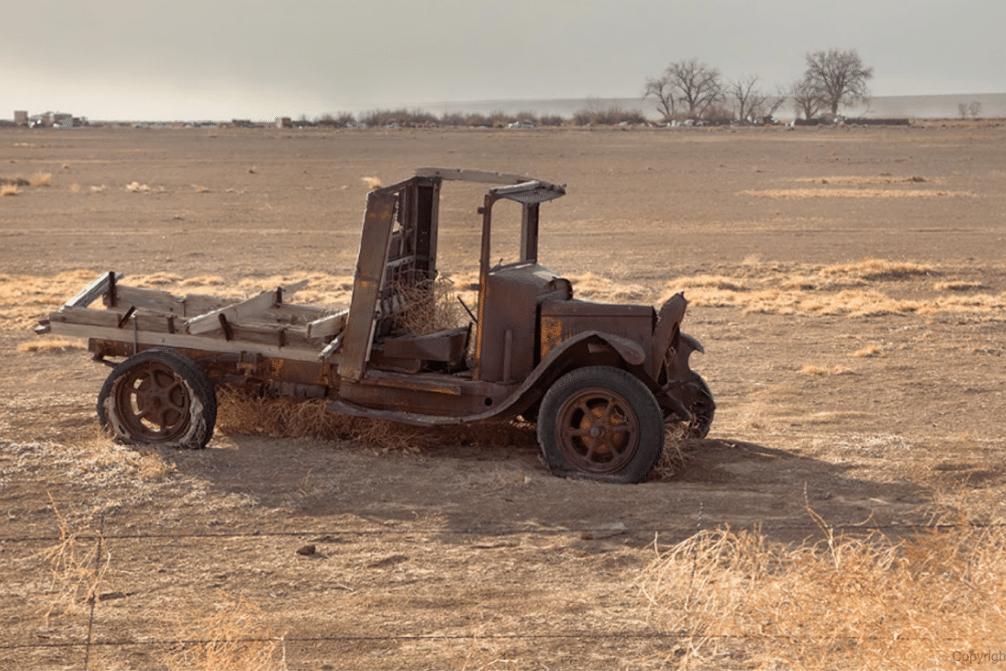 Dust Bowls of Empire: Imperialism, Environmental Politics, and the Injustice of “Green” Capitalism by Hannah Holleman.

Review of Dust Bowls of Empire: Imperialism, Environmental Politics, and the Injustice of “Green” Capitalism by Hannah Holleman.

The “Dust Bowl” of the 1930s was an iconic moment in American history. As a result of what one historian called “the inevitable outcome of a culture that deliberately, self-consciously, set itself [the] task of dominating and exploiting the land for all it was worth” tens of thousands of people fled their homes, usually losing their entire livelihoods in the process. Images of dried out landscapes, dead crops and enormous dust storms that blanket the area in a fine dirt are memorials to the greatest environmental disaster in United States history. 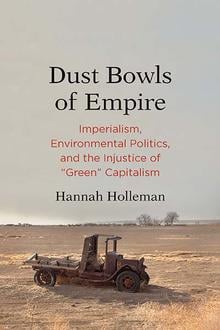 Dust Bowls of Empire: Imperialism, Environmental Politics, and the Injustice of “Green” Capitalism by Hannah Holleman.

Today scientists are revisiting the 1930s Dust Bowl to try and understand its causes and what events might teach us about 21st century environmental crisis. Hannah Holleman writes that there are “clear parallels between the social and ecological crises of the 1930s and those we confront today”.

But, as Hannah Holleman explains in this excellent new book, the traditional view of the Dust Bowl as America’s greatest ecological crisis is only part of the story. In this telling, the Dust Bowl came out of nowhere, and was eventually fixed by benevolent government investment. Attractive though this might seem, what is missing is the context-the colonial expansion of white Europeans into the American West and the displacement and massacre of the indigenous peoples and capitalist agriculture that, in its drive for profits, destroyed the very basis of farming – the soil, and its workers. Sadly too many people, scientists and radicals included, believe the myth.

Holleman emphasises that the Dust Bowl did not come from nowhere. For decades before scientists, farmers, governments and politicians understood desertification as a global problem. The “new imperialism” of the 1800s and early 1900s, was “violently transform[ing] societies and the land, entrenching the ecological rift of capitalism on a global scale and the related patterns of unequal ecological exchange that persist to this day.”

The British Empire was the best, but far from the only example of this. In 1914, a British government committee on South Africa noted a “general consciousness of the gravity of the problems presented by soil erosion in almost every country where recent settlement or the growth of the population had led to an intensification of agriculture.” [my emphasis]. Writing about Ceylon, another official pointed out that the removal of the forest to create space for tea, meant “little or no provision was made at the time to retain in situ the fine soil of the original forest… the loss of soil has been enormous”. The capitalist agriculture imposed on the world (and the American West) stripped nutrients from the soil, removed natural barriers against erosion and destroyed farming practises that replenished the earth.

The transformation of global agriculture in the interests of capitalism in Europe (and later in the U.S.) created the first global ecological crisis. Holleman quotes Fred Magdoff who writes, “more and more of the world was drawn upon as primary producers for the industrialised nations.” Traditional agriculture, industry and society was destroyed in the pursuit of food and resources for the capitalist world; and the populations were displaced, impoverished and when they resisted, killed. Holleman continues:

International commentators wrote of North America’s wasteful exploitation of the land and compared it to similar problematic practises in Europe, Britain, their colonies, and elsewhere. Westward expansion of the erosion problem in North America was made possible by government policy, financing from the imperial urban centres, technological change and military conquest.

Underpinning this was a racist ideology that saw those of white European descent as having a historic civilising mission. Theodore Roosevelt, U.S. President from 1901 to 1909 and a man who would go on to play a significant role in early conservationism, wrote in 1869, “The most ultimately righteous of all wars is a war with savages, though it is apt to be also the most terrible and inhuman. The rude, fierce settler who drove the savage from the land lays all civilised mankind under a debt.” 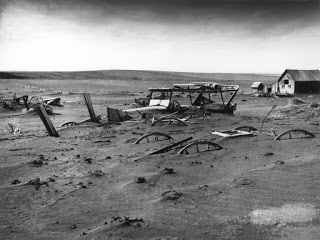 Picture from Monthly Review article by Hannah Holleman No Empires, No Dustbowls

This “‘white man’s burden’ version of environmentalism” dominated the response to the Dust Bowl. As Holleman points out, it prevented “the possibility of change of the kind and on the scale necessary”. In echoes of contemporary neo-liberal politicians, emergency relief was condemned. President Hoover argued that the “federal government should not be required to provide anything or intervene to ease the people’s suffering”. President Franklin Roosevelt was elected in 1932 offering assistance to the distressed regions, but the New Deal was based on protecting the status quo – it discriminated against black people, protected the profits of big business and did nothing to challenge agricultural practices that had caused the Dust Bowl in the first place.

In 2013 a UN FAO study on the state of global soils concluded that “the over-whelming conclusion… is that the majority of the world’s soils are in only fair, poor, or very poor condition.” Today’s solutions are much the same as the U.S. government offered in the aftermath of the Dust Bowl-technology, neo-liberal loans and an intensification of agriculture. In this context, Holleman argues, simply arguing for a new New Deal, is not enough. U.S. radicals who do so ignore the wider context to ecological crisis-a racialised capitalism that destroys people and land in the interests of profit. Instead, what we need is a new, radical social environmentalism that breaks from the interests of the one percent. As Holleman writes:

The Dust Bowl did not arise because there was a lack of awareness of the issue or the technical means to address it. Like dust-bowlification today, the ultimate source of the crisis was social, not technological, thus requiring massive social change to address.

Healing the metabolic rift in the 21st century requires a new, revolutionary environmentalism. This must be informed by a clear knowledge of what took place in the past, and Hannah Holleman’s wonderful new book is exactly the sort of historical analysis we need. Everyone who cares about the agriculture, the environment and social-injustice should read it.