John Bellamy Foster, professor of sociology at the University of Oregon, is editor of Monthly Review, an independent socialist magazine published monthly in New York City. His research is devoted to critical inquiries into theory and history, focusing primarily on the economic, political and ecological contradictions of capitalism, but also encompassing the wider realm of social theory as a whole. He has published numerous articles and books focusing on the political economy of capitalism and the economic crisis, ecology and the ecological crisis, and Marxist theory: (with Paul Burkett) Marx and the Earth: An Anti-Critique (2016); The Theory of Monopoly Capitalism: An Elaboration of Marxian Political Economy (New Edition, 2014); (with Robert W. McChesney) The Endless Crisis: How Monopoly-Finance Capital Produces Stagnation and Upheaval from the USA to China (2012); (with Fred Magdoff) What Every Environmentalist Needs to Know About Capitalism: A Citizen's Guide to Capitalism and the Environment (2011); (with Brett Clark and Richard York) The Ecological Rift: Capitalism’s War on the Earth (2009); (with Fred Magdoff) The Great Financial Crisis: Causes and Consequences (2009); The Ecological Revolution: Making Peace with the Planet (2009); (with Brett Clark and Richard York) Critique of Intelligent Design: Materialism versus Creationism from Antiquity to the Present (2008); Ecology Against Capitalism (2002); Marx's Ecology: Materialism and Nature (2000); (with Frederick H. Buttel and Fred Magdoff) Hungry for Profit: The Agribusiness Threat to Farmers, Food, and the Environment (2000); The Vulnerable Planet: A Short Economic History of the Environment (1999); (with Ellen Meiksins Wood and Robert W. McChesney) Capitalism and the Information Age: The Political Economy of the Global Communication Revolution (1998); (with Ellen Meiksins Wood) In Defense of History: Marxism and the Postmodern Agenda (1997); The Theory of Monopoly Capitalism: An Elaboration of Marxian Political Economy (1986); (with Henryk Szlajfer) The Faltering Economy: The Problem of Accumulation Under Monopoly Capitalism (1984). His work is published in at least twenty-five languages. Visit johnbellamyfoster.org for a collection of most of Foster's works currently available online. 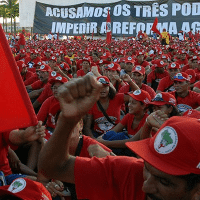 The history of capitalism as a world system is punctuated by struggles for world hegemony between declining hegemonic powers and rising states, usually leading to world wars. We are now in such a period, which had been building for some time under Obama and is now being pursued much more openly and belligerently under Trump. 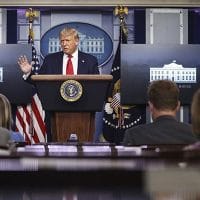 Two things seem certain at this point: (1) The Trump administration will continue to extend its heavy handed neofascist tactics in the next three months, seeking to expand its political base by these means, and (2) the White House and the Republican Party will try to engineer another set of stimulus payments/tax cuts in early […] 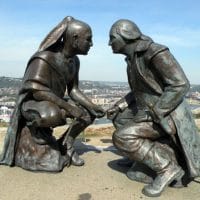 ‘The immediate objects are the total destruction and devastation of [Iroquois Confederacy] settlements and the capture of as many prisoners of every age and sex as possible.… the country may not be merely overrun but destroyed.’ —Commands from George Washington to General Sullivan on May 31, 1779 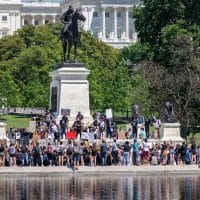 “Neofascism has its source in monopoly-finance capital, at the apex of the system, but depends for its existence on the ability to mobilize, with the help of a führer-like figure such as Trump, a very considerable part of the overall population.” 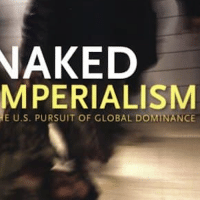 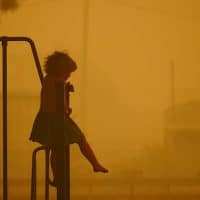 If “everything affects and is affected by every other thing,” we must respond to the dangers to human existence in the 21st century by changing the system, creating a different form of social metabolic reproduction. There is no other way. 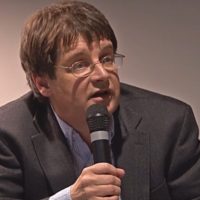 ÖŞK: In an interview with Michael D. Yates (“Trump, neo-fascism, and the COVID-19 Pandemic,”April 11, 2020, MR Online) you mentioned that “Capitalism is in its biggest crisis this century.” What makes this crisis the “biggest”? What will the outcome of this crisis look like? Will this crisis and failure lead to a major change in […] 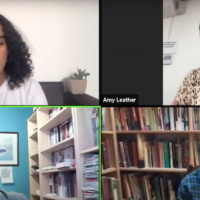 Join John Bellamy Foster, Amy Leather & Martin Empson to discuss Marxism and ecology in a time of pandemic. The global environmental crisis has demonstrated how the system’s drive to accumulate means that capitalism puts profit before people and planet. 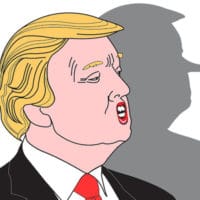 The world is now in what scientists are calling a no-analogue situation. The dangers are increasing and so is the space for revolutionary human development, calling for a new Earth movement. If humanity is to survive a renewed struggle for freedom as necessity. 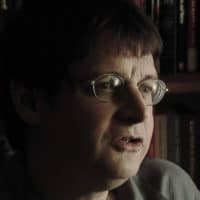 Obviously, the situation associated with the sudden appearance of the SARS-CoV-2 virus and the COVID-19 pandemic is grim all over the world. Both the causes and the consequences are closely related to capitalist social relations. 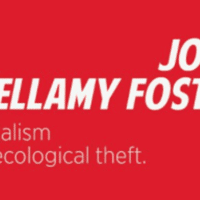 Sociologist John Bellamy Foster on the modern divide between humanity and nature and his book “The Robbery of Nature: Capitalism and the Ecological Rift” from Monthly Review. 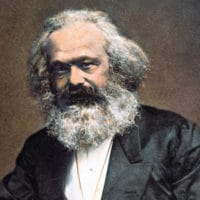 Daniel Tanuro is an agricultural engineer and leading socialist activist who has made numerous contributions to ecosocialist thought and practice, most notably, in his book Green Capitalism: Why It Can’t Work. Yet, this has been coupled with persistent claims that there are “fundamental flaws” in Karl Marx’s ecological critique of capitalism. 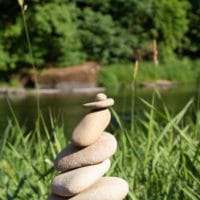 Christopher Caudwell, who died at age 29 fighting with the International Brigades in the Spanish Civil War, wrote: “Either the devil has come amongst us having great power, or there is a causal explanation for a disease common to economics, science, and art.” That disease, he recognized, was the self-alienation of humanity under capitalism 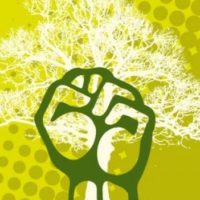 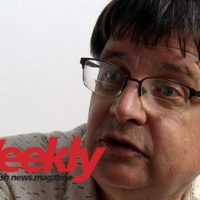 While environmentalist Greta Thunburg was at the UN, John Bellamy Foster, environmental sociologist and editor of the Monthly Review, was in Mauritius to discuss climate change. Weekly had an opportunity to talk with him. 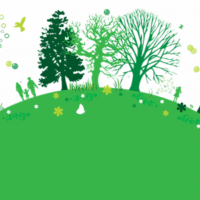 The idea of a “just transition” is appearing everywhere these days, most notably in the preamble of the 2015 Paris Climate Agreement, which refers to the need to take “into account the imperatives of a just transition of the workforce and the creation of decent work and quality jobs in accordance with nationally defined development […] 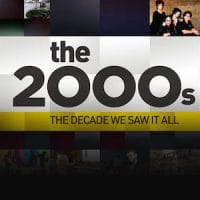 It may be hard, but I want you to try to think back a decade, actually slightly less than a decade. In 2000, we were celebrating the millennium, and if you remember what was happening at that time, it was an enormous celebration of a new global capitalism, of globalization, of the end of conflict […] 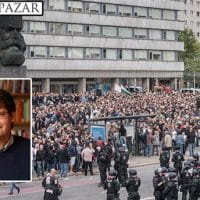 “The overwhelming character of the ecological crisis will eventually…[force workers to recognize] that the main material conditions determining their lives are both economic and environmental—and indeed that the latter are more far-reaching.” 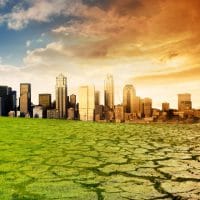 The only thing that could alter this dire situation, all over the world, is the rise of another power in society. We need not millions but hundreds of millions of people, necessarily predominantly working class, in the street day in and day out.