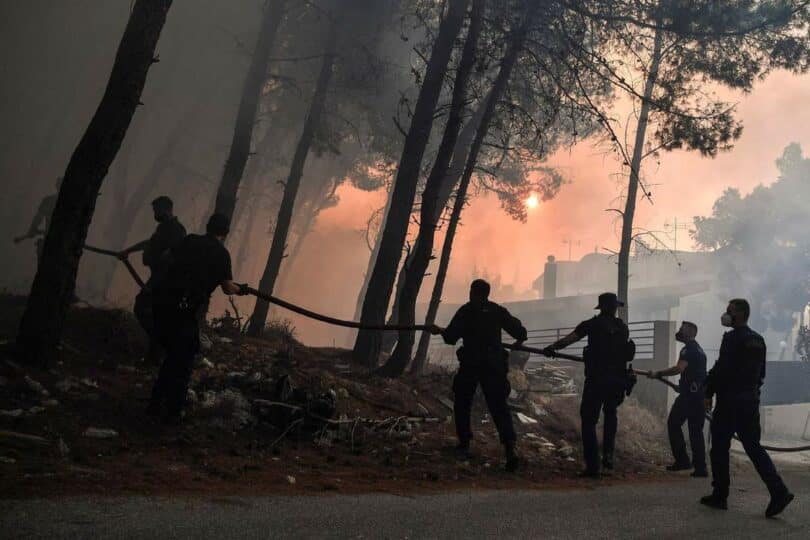 I accept much of what Noam Chomsky, Miguel Fuentes, and Guy McPherson say, but do not agree completely with any of them.* My view of the planetary ecological emergency starts with the world scientific consensus, insofar as that can be ascertained, and draws on the long critique of capitalism developed most centrally by historical materialism. In terms of the scientific consensus on climate change, the reports of the United Nations Intergovernmental Panel on Climate Change (IPCC) are most important. The planetary emergency is not, however, confined to climate change, and also encompasses the entire set of planetary boundaries that are now being crossed, demarcating the earth as a safe home for humanity. Most of my comments here, though, will center on climate change.

In terms of the IPCC’s Sixth Assessment Report, published over the course of 2021-2022, it is no longer possible for the world entirely to avoid crossing the 1.5° C increase in global average temperature. Rather, in the most optimistic IPCC scenario (SSP1-1.9) the 1.5° C mark will not be reached until 2040, global average temperatures will go up a further tenth of a degree by mid-century, and the increase in global average temperature will fall again to 1.4°C by the end of the century. We therefore have a very small window in which to act. Basically, meeting this scenario means peaking global carbon emissions by 2030 and reaching net zero carbon emissions by 2050. All of this was outlined in the first part of AR6 on the Physical Science Basis published in August 2021. This was followed by the publication of the IPCC’s Impacts, Adaptation and Vulnerability report in February 2022, and its Mitigation report in April 2022.

Each IPCC assessment report (AR1-AR6) has three parts, each of which is published separately and is introduced by a “Summary for Policymakers,” followed by a series of chapters. In the IPCC process scientists, reflecting the scientific consensus, write the whole draft report. But the “Summary for Policymakers” for each published part—the only section of the overall report that is widely read, covered by the press, and constitutes the basis for governmental policies—is rewritten line by line by governments. Hence the published “Summary for Policymakers” is not the actual scientific consensus document, but rather the governmental consensus document that displaces the former. Especially with respect to issues of mitigation, related to social policy, governments can obliterate the entirety of what the scientists determined.

Capitalist world governments were particularly worried about, part 3 of AR6 on Mitigation, as drafted by scientists as of August 2021, since it was by far the most radical IPCC treatment of the mitigation issue, reflecting the fact that revolutionary-scale transformations of production, consumption, and energy use (both in terms of physical and temporal scales) were now needed if the 1.5°C pathway was to be reached—or even in order to keep the increase in global average temperature well below 2°C. This is considered the guardrail for avoiding irreversible out-of-control climate change, which, if crossed, would likely lead to a global average temperature of 4.4°C (best estimate) by the end of the century, leading to the collapse of global industrial civilization. Chapter I of the AR6 Mitigation report went so far as to question whether capitalism was sustainable. 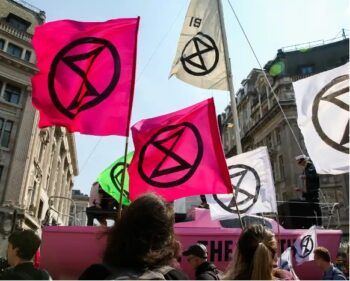 This, I think, is a good reflection of where the struggle lies in relation to the science and what we have to do. We have to recognize that there is a pathway forward for humanity, but that the capitalist world system, and today’s governments that are largely subservient to corporations and the wealthy, are blocking that pathway, simply because it requires revolutionary-scale socioecological change. The world scientific consensus itself in this planetary emergency is being sacrificed to what ecologist Rachel Carson called “the gods of production and profit.” The only answer, as in the past, is a social earthquake from below coupled with volcanic eruptions in every locale forming a revolt of the world’s population, emerging as a new, all-encompassing environmental proletariat. There are incredible obstacles before us, not least of all the attempts of existing states to mobilize the right-wing elements of the lower-middle class, what C. Wright Mills called “the rear guard of the capitalist system,” generating a neo-fascist politics. Nevertheless, we are facing a historically unprecedented situation. A Global Ecological Revolt is already in the making. Hundreds of millions, even billions, of people will enter actively into the environmental struggle in our time. Whether it will be enough to save the earth as a home for humanity is impossible to tell. But the struggle is already beginning. It is possible for humanity to win, and our choice as individuals is how we join the struggle.

It is clear from the world scientific consensus as embodied in the Mitigation report that a strategy of capitalist ecological modernization, financed by global carbon taxes and the financialization of nature, is something that is too little and too late—and relies on the juggernaut of capital that is already destroying the earth as a home for humanity—on the pretense that saving the climate can all be made compatible with the accumulation of capital.

What Robert Pollin and Noam Chomsky have advanced in terms of green taxes and a global Green New Deal that depends primarily on decoupling economic growth from greenhouse gas emissions through technological change—basically a strategy of capitalist ecological modernization with some just transition features, is not sufficient to deal with the crisis at this point—and would at best give us a little more time. Even this, though, is being resisted by the vested interests as a threat to the system. The capitalist class at the top is so intertwined with fossil capital as to be incapable of even a meaningful strategy of climate reform. It is prepared to drag its feet, while building fortresses to safeguard its own opulent conditions, stepping up its looting of the planet. This is not quite a suicidal strategy from the standpoint of the self-styled “masters of the universe”, because they have already largely separated themselves in their consciousness from humanity, the earth, and the future.

In contrast to Chomsky, Fuentes and McPherson, though realistic on many points, seem, in different ways, to have given up. Yet, humanity as a whole has not yet nor will it ever give up. As Karl Marx said quite realistically, in confronting the destruction that British colonial rule unleashed on the Irish environment and population in his day, it is a question of “ruin or revolution.” We know now that even in the most optimistic scenario whole constellations of ecological catastrophes are now upon us in the next few decades. This means that human communities and populations need to organize in the present at the grassroots for survival at the local, regional, national, and global levels. Issues of survival are bearing down the most on marginalized, precarious, oppressed, and exploited populations, although ultimately threatening the entire chain of human generations. It is here we must take our stand. As the great Irish revolutionary James Connolly wrote in his song “Be Moderate,” “We only want THE EARTH.”