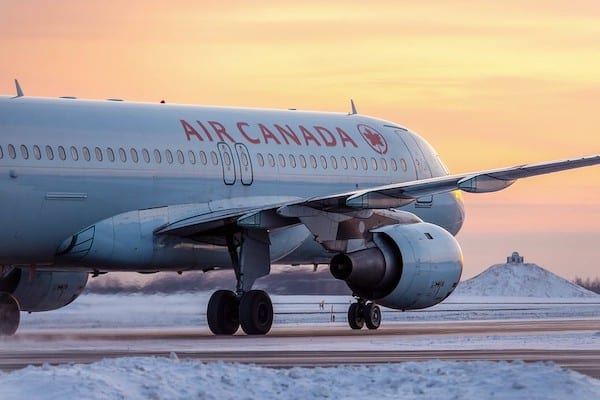 Air Canada Airbus A320-211 at the Ottawa International Airport. (Photo: Heads Up Aviation/Flickr)

It would be tempting to base an argument in favour of nationalizing Air Canada solely off its poor performance over the course of the last few weeks, but in truth the problems experienced by air travellers are more complicated than simply making the nation’s flag carrier responsible to the federal government and, by extension, the entire national population.

We would not only need to nationalize Air Canada, but all the airports too, and then we would have to undo 40-50 years’ worth of neoliberal brainwashing that has us all believing a for-profit airline that has required both taxpayer-funded bailouts and bankruptcy protection is somehow preferable to a public corporation mandated to provide the best service at the lowest possible cost.

Remarkable as it may seem, there was, once upon a time, a pervasive thought that Canada should have a government-controlled airline, to benefit the people of this country. Such thinking lasted for more than fifty years, more than half the entire time Air Canada has existed. Necessity was the mother of invention: Canada is a big, geographically complex country with a population spread out across it, and airplanes offered a superior means of crossing extensive distances. Moreover, we had some important early pioneers in aviation, and a nascent aviation industry whose innovations were largely a consequence of the inherent complexities of the land. Finally, with war on the horizon, we had a practical necessity to make aviation work for the people of the nation as much as we had an imperative to shore up Canada’s strategic goals and defensive requirements.

Notice what’s missing here: when Air Canada was created in 1937, profit was not the motive. Its genesis, as an extension of the equally nationalized Canadian National Railways, came from the same ideological foundation—the needs of the nation are often at odds with the profit incentive.

Current conditions provide similar challenges. Air travel is still the most efficient and effective way of getting around such a large country, but recent cuts to Air Canada’s service continue a worrying and generalized trend that we’ve already witnessed with respect to train and bus service. Rural Canada has been progressively cut off from much of the rest of the country, and recent cuts suggest small cities are next up on the chopping block. If this continues, Air Canada will focus only on its most popular, and therefore most profitable routes. And just because Air Canada abandons a route doesn’t mean there are several competitors waiting in line to fill the void. If the route’s not profitable, no one will fly it.

As it happens, the most high-traffic air corridor in Canada, and likely the most profitable as well, is the one that ought to be cancelled to mitigate its impacts on the environment. The Toronto-Montréal air corridor is the most travelled route in Canada and could easily be replaced by high-speed electric trains. If Canada wanted to seriously reduce its annual emissions, this would be the best place to start. It’s worth mentioning as well that Canada’s first foray into high-speed rail—the Turbo Train—was developed as a potential replacement for air travel between Canada’s biggest cities back in the early 1970s when Air Canada was a subsidiary of the railway.

This is the kind of strategic planning a country can do when it has ensured the nation’s flag carrier and principal railway works for the benefit of the people. Note as well that direct government ownership of either Air Canada or Canadian National didn’t prevent private enterprises from competing either. In fact, it was only after the announced privatization of Air Canada in the late-1980s that Canada’s other airlines merged to form Canadian Airlines, which in turn was bought by Air Canada in 2001. Two years later, Air Canada entered bankruptcy protection.

So much for the competitive, pro-business spirit of the free market.

Those matters aside, we can reasonably anticipate that the airline industry will continue to be negatively impacted by a variety of economic challenges ranging from inflation to the surging cost of fuel. In addition to these challenges, the pandemic—and government’s steadfast refusal to take the strong and necessary actions to more thoroughly mitigate the disruptive effects of the pandemic—mean not only that COVID-19 continues to pose a generalized challenge to the airline industry, but more significantly, that airlines and airports are themselves contributing to transporting the virus. As such, they have become dangerous places to work.

The current crisis at our airports is the result of airport authorities and airlines drastically reducing their workforces at the beginning of the pandemic, and now expecting legions of workers to return to their old jobs for their old pay, despite the far greater risk of exposure to a deadly virus and all the new challenges they face. And with new economic pressures likely resulting in fewer flights and additional cost-cutting measures, the foundational jobs that allow air travel to happen in the first place are more precarious than ever before.

The design and function of airlines and airports constrained by the new reality of a never-ending pandemic, protracted economic instability, and climate breakdown (requiring the complete and total elimination of fossil-fuel powered aircraft) cannot be left to the free market to figure out. Ultimately, private enterprise has no real incentive to change—people need to get where they’re going, and given that airports are now de facto shopping malls, there’s no better potential group of customers than a captive bunch of bored people showing up hours in advance of their flights who may or may not get all their belongings on the other end.

For decades, airlines and airports have been geared towards increasing the profits of those who control them, not improving the experience of getting from point A to B. Re-nationalizing re-focuses attention on the needs of the population at large, from the experience, convenience, and accessibility of air travel to re-organizing air travel such that the risks, to workers as much as the environment, are minimized.

Generations of Canadian taxpayers paid for both Air Canada and a national airports system. It’s because of decades of public investment that they exist in the first place. Given that the Canadian public owns a small stake in Air Canada, and would be expected to hand out billions more in financial aid should the airline get into more trouble, we need to ask ourselves whether converting public money into private profit really makes any economic sense. The public needs the airports and the airline to work for their benefit much more than the shareholders need additional profit.

Taylor C. Noakes is a public historian and independent journalist