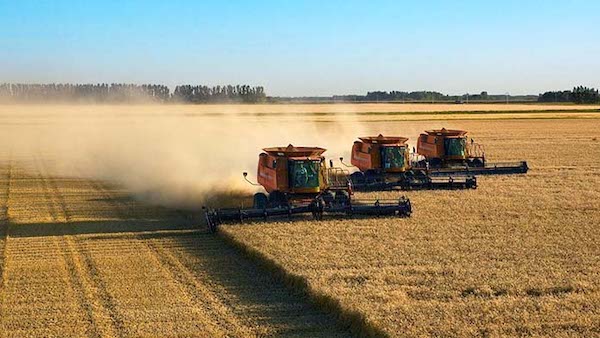 This year should have been a year of mass climate protest. Australian activists will need no reminding that the year began with appalling bushfires; fires that symbolised the inability of neo-liberal governments to deal with the climate crisis. But those fires weren’t the only symptom of a deepening crisis—in the same period we saw floods in Jakarta and the UK and these followed a year of environmental disaster.

The coronavirus pandemic has, at least in mainstream media and political thought, dominated everything else driving climate change from the headlines. Yet despite hopes by some environmentalists that the lockdowns would lead to significant cuts in pollution, it looks like total emissions will only decrease by 5 per cent in 2020. Reduced air pollution in cities is enjoyable, but has little to do with wider emissions caused by capitalism’s addiction to fossil fuels.

Here in the UK we were building towards mass protests at the United Nations climate COP talks in Glasgow in November, involving mobilisations by trade unionists, climate strikes, Extinction Rebellion, NGOs and many other activists. Those talks have now been postponed, but the crisis has not gone away.

In April a team of scientists reported that in 2019 the Greenland Ice Cap had melted at an alarming rate. In July last year, Greenland lost 197 gigatonnes of ice. One of the team, Dr Xavier Fettweis was quoted in The Guardian on the study,

This melt event is a good alarm signal that we urgently need to change our way of living to hold [back] global warming because it is likely that the IPCC projections could be too optimistic for [the] Arctic.

Dr. Fettweis was right to link the crisis with wider questions of how we live our lives. Both the climate and coronavirus crises have their origins in capitalist society, which sees the natural world only in terms of its benefits to economic production.

Capitalism, as Karl Marx explained, is a system of generalised commodity production based on the desire to make profits at all costs. This need to accumulate wealth by companies and multinationals in constant competition with each other means that all other considerations get ignored. The bosses drive workers harder to maximise profit, but they also destroy the natural world in the process. Marx wrote:

All human societies have an ongoing metabolic interaction with the natural world. For survival, people need water, food and shelter and we satisfy these needs through collective social organisation.

Throughout history, we have had many varied ways of organising our societies, hunter-gathering, feudal societies and so on. In all of these societies, human labour appropriated nature in the interest of satisfying our needs. However, what is key is how that labour is organised. Because humans have changed nature throughout history, all societies have the potential for that change to be ultimately detrimental upon ourselves. Ancient Greek and Roman deforestation caused the silting up of rivers for example.

COVID-19 likely originated from animals before making the jump to humans. This process also happened in the distant past. The first domestication of animals took place around 30,000 years ago and once our ancestors began living in close proximity to animals, there was the possibility for diseases to spread to humans, a process that scientists call zoonosis. Diseases like TB, diphtheria, measles, mumps all made this jump in the past.

However, capitalism qualitatively and quantitatively transforms the process of zoonosis and environmental destruction because of the way it relates to nature.

Key to understanding emergent diseases is the role of industrial agriculture. This is an environmentally destructive, highly intensive method of farming that is predicated on the need to maximise profits rather than feed people. Dependent on vast quantities of inputs like pesticides, fertiliser and fossil fuels, industrial farming utilises monocultures of crops and animals and creates the conditions for diseases to spread and ecologies to be destroyed.

Capitalism further encourages the spread of disease because it causes poverty, inequality and refuses access to healthcare. Friedrich Engels, writing about the living conditions of workers in Britain in 1872, noted that once disease began to affect the rich, as well as the poor, they began to do something. But, despite improvements, the problems kept reoccurring, because the basis of the system remained the same:

Government commissions were appointed to inquire into the hygienic conditions of the working class. Their reports… provided the basis for new, more or less thoroughgoing laws. Imperfect as these laws are, they are still infinitely superior to everything that has been done in this direction up to the present on the Continent. Nevertheless, the capitalist order of society reproduces again and again the evils to be remedied, and does so with such inevitable necessity that even in England the remedying of them has hardly advanced a single step.

The Marxist evolutionary biologist Rob Wallace shows in his book Big Farms make Big Flu the various ways industrial farming leads to the spread of disease. But he is also clear that this is the consequence of the drive to impose such forms of farming through neo-liberal processes. U.S. agribusiness in particular, in collusion with the U.S. state, worked to impose industrial farming on the rest of the world through the 20th and into the 21st century.

One consequence of this is the destruction of traditional farming practices in a process very similar to those that took place in Europe with the arrival of capitalism.

Marx developed his understanding of capitalism’s ecological destructiveness through his investigations into the nature of capitalist farming. He drew heavily on the work of scientists like Justus von Liebig who showed how intensive farming, which produced food for the cities, led to a systematic destruction of soil fertility in the countryside.

The crops brought to urban areas grew by using nutrients from the rural soil. The loss of these nutrients undermined longer-term fertility.

The only way to restore fertility was with the systematic application of external chemicals—fertiliser from bird guano, or even human bones from Napoleonic battlefields. Later the development of chemical fertilisers and pesticides allowed the restoration of the soil through technological inputs, but this produced their own cost to the environment.

Examining agriculture, and extending this analysis, Marx wrote that capitalist production created an “irreparable rift in the interdependent process of social metabolism”. This “metabolic rift” between nature and society is inherent to capitalism.

Capitalism required a break with previous societies. In England the development of capitalism saw the systematic destruction of historic methods of agriculture—the enclosure of fields, the forcible eviction of the peasantry and the breaking up of old social and economic rural relations. The essentially local system of production left over from feudalism was broken up to create a capitalist agricultural system that functioned for profit.

The metabolic rift in agriculture arose because it was more profitable to strip the soil bare in producing crops for the cities. In the process, the peasantry was transformed into agricultural wage labourers, or forced into the newly industrialising cities.

While Marx and Engels did not know about global climate change, they did understand that capitalism would lead to serious environmental crisis. Marx argued that if we could rationally manage our relationship with nature, we could build a sustainable world. As he wrote:

From the standpoint of a higher economic form of society, private ownership of the globe by single individuals will appear quite as absurd as private ownership of one man by another. Even a whole society, a nation, or even all simultaneously existing societies taken together, are not the owners of the globe. They are only its possessors, its usufructuaries, and, like boni patres familias [Good Heads of Household], they must hand it down to succeeding generations in an improved condition.

So the struggle to stop environmental destruction is simultaneously a struggle against capitalism and for socialism. This is not to say that socialists say to climate activists “wait for the revolution”. Rather we must develop the sort of movements that can fight ecological degradation today—against the expansion of mining or the building of pipelines, in favour of renewable energy and low carbon public transport. But we also must argue that these movements have to challenge capital itself.

In her most recent book On Fire, Naomi Klein argues that the success of movements fighting for the Green New Deal will depend on their ability to involve ordinary working people because as well as challenging the bosses over environmental issues, we are also linking them to wider social issues—racism, imperialism, poverty and inequality. We need to argue for a Just Transition that does not leave workers behind, but utilises their skills in decent, well-paid jobs that improve the environment.

These movements must also develop into a challenge to the capitalist system. Today many people in the environmental movement demand, “System Change not Climate Change”. That means that many people recognise that capitalism is the problem. But what to replace it with? Here socialists can pose a concrete alternative. A vision of a society where ordinary people, through the democratic institutions they have built from the bottom up, organise and control production. It is only by finally destroying capitalism and building a new socialist society that we can build a world were people’s health and environment comes before to the wealth and luxury of a tiny minority.