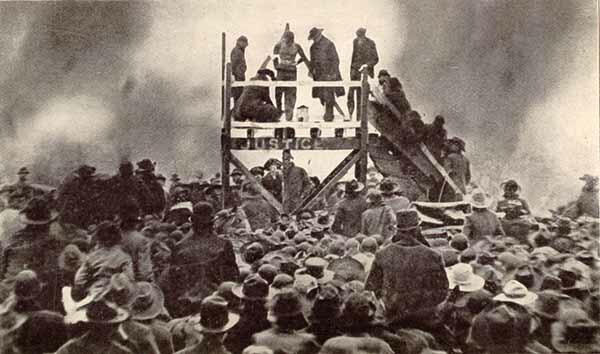 “A lynching is much more than just a murder. A murder may occur in private. A lynching is a public spectacle; it demands an audience… A lynching is a majority’s way of telling a minority population that the law cannot protect it.”–Aatish Taseer, British journalist

George Floyd’s death was more than just a murder, it was a modern-day lynching.

The agonizing similarity in the death of Floyd, Ahmaud Arbery, and Breonna Taylor, is that current and former police officers participated in their lynching. From 1877 to 1950, nearly 4,000 individuals were the victims of lynchings. Some have speculated that as many as 75% of historical lynchings “were perpetrated with the direct or indirect assistance of law enforcement personnel.” Despite drawing attention from large crowds, many perpetrators of historical lynchings were never charged with a crime —a fact seen in many modern-day officer involved shootings.

While historical lynchings peaked more than a century ago, these racist acts can be linked to officer-involved shootings today. 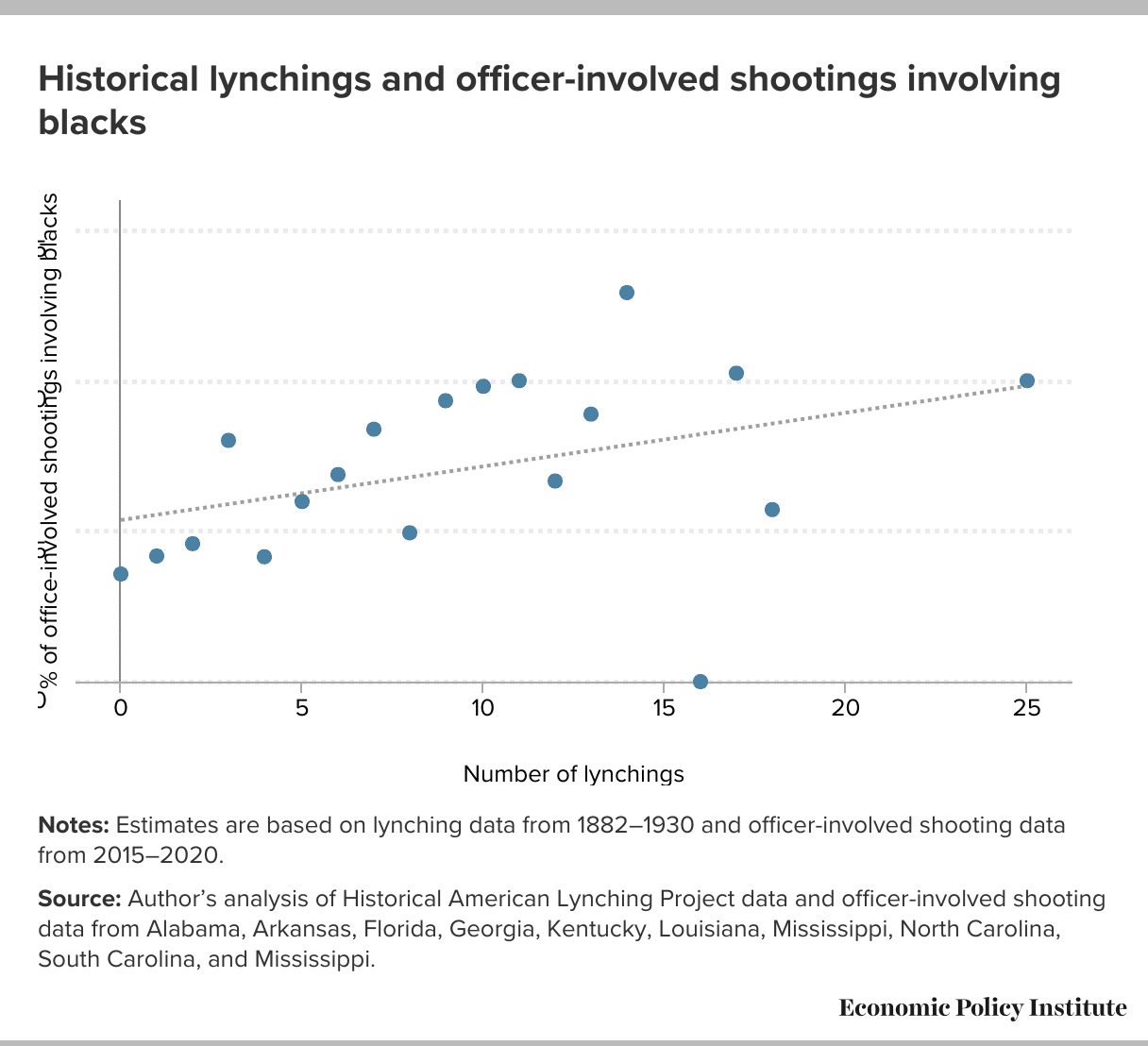 Yet, Figure B shows the opposite relationship exists for whites: as the number of historical lynchings increases, the share of modern officer-involved shootings of whites decreases. 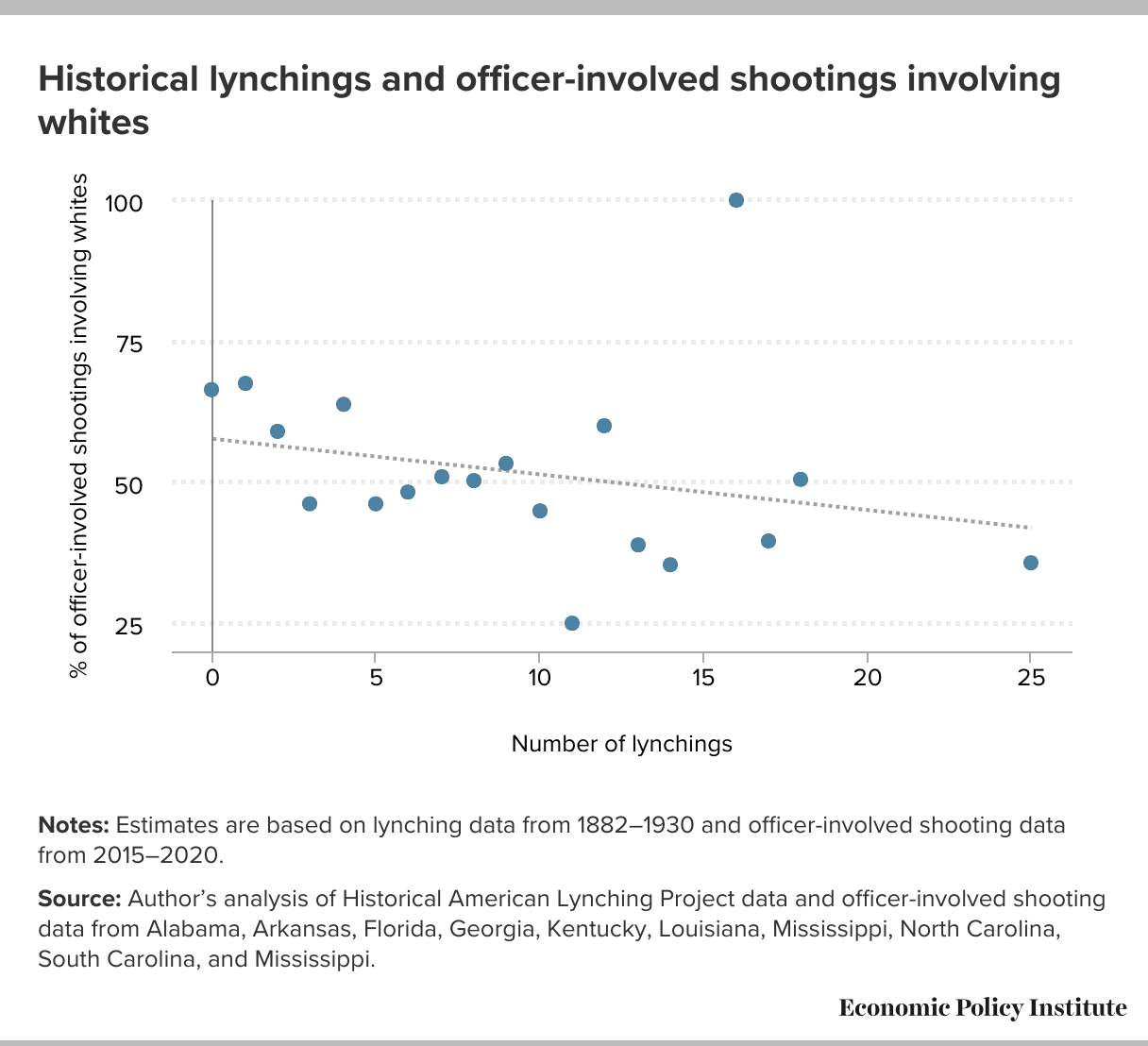 To examine whether these relationships are statistically different, our analysis uses a statistical method that accounts for black population during the historical period. 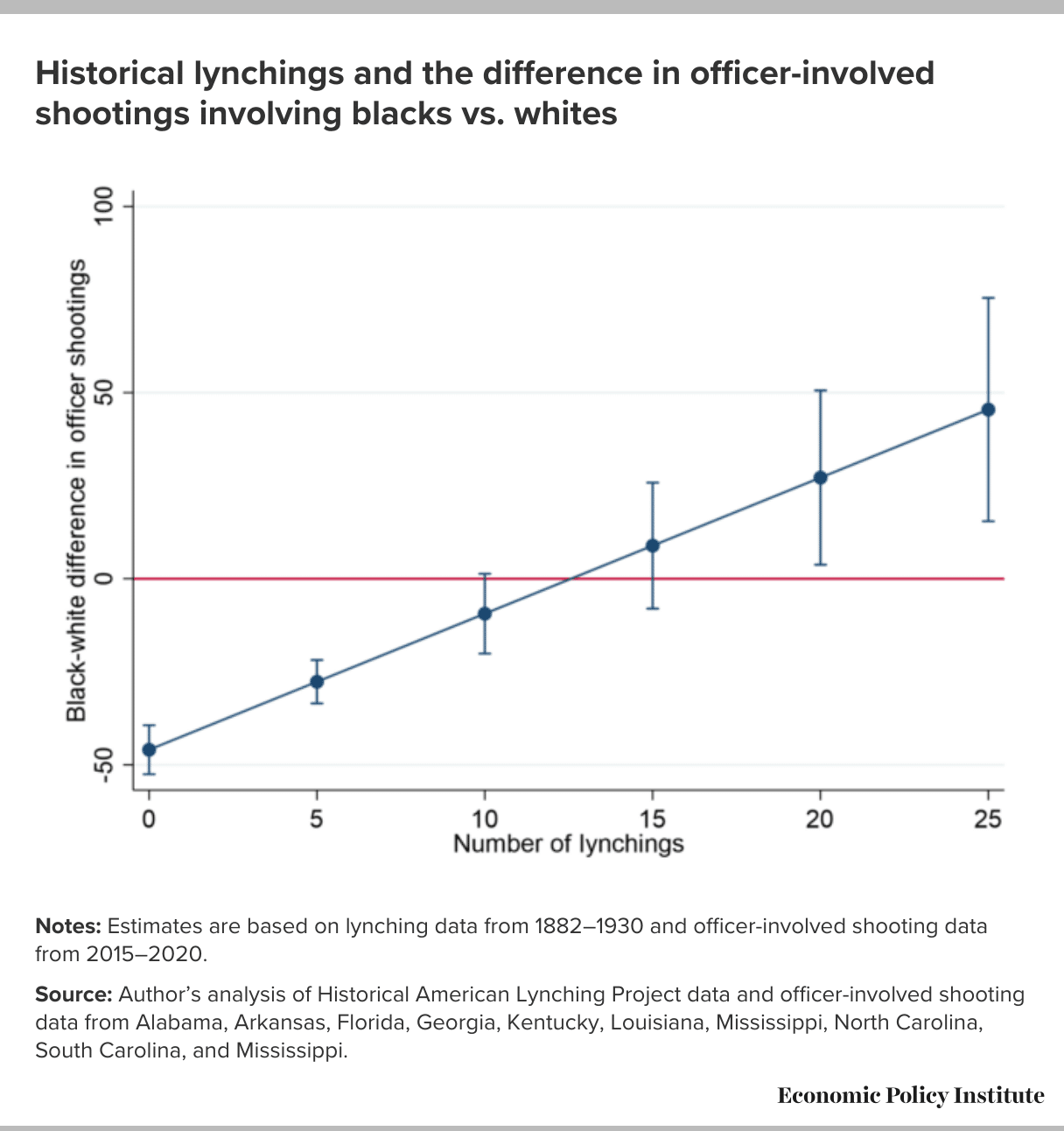 Taken together, these three figures suggest that lynchings continue to plague our communities, including our police departments.

As we see protesters across the country demanding justice for Floyd, Arbery, Taylor and countless others, let’s remember that no amount of justice will bring their lives back. While justice is necessary, there needs to be a fundamental change to how, and on whom, laws are enforced. By demanding change, in addition to justice, protesters can stop being forced to demand justice, with varying levels of success, every time police officers lynch Black people.

There are steps being taken to stop these heinous crimes, including an anti-lynching bill that, as of Thursday, was being held up in the Senate by Senator Rand Paul (R-Ky.)who added an amendment to the bill, strongly opposed by several Democratic senators, including Senator Kamala Harris (D-Calif.).

Lynchings, she stressed in a speech on the Senate floor on Thursday opposing the amendment, are “the great stain of America’s history.”

To learn from our past, we must break the cycle of state sanctioned violence.