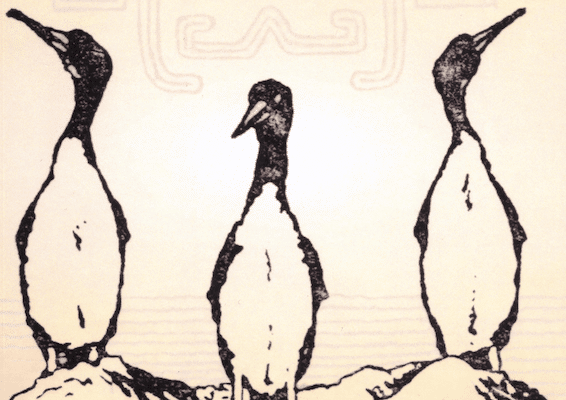 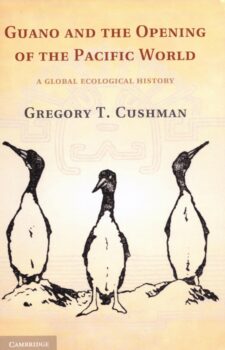 In the last two decades it has been common, in Marxist books on ecology, to find discussions of how capitalist agriculture developed an urgent need for fertilisers to solve the crisis of soil fertility in the 19th century. One source of this fertiliser that is often mentioned is bird manure, guano, from islands in the Pacific ocean. The desperate state of agriculture, and the urgency that drove countries to seek out guano led to wars, ecological crisis and slavery. These issues are usually mentioned just in passing, but Gregory T. Cushman‘s excellent book is one of the first lengthy treatments of the subject. It turns out to be both a compelling read and a fascinating study of the interaction between ecology and capitalism.

Cushman begins by discussing how the fertiliser properties were known and used by many indigenous societies. But the central part of his argument is focused on the industrial era. The mining of “ancient accumulations of guano, then coprolites, nitrates, rock phosphate, potassium-rich kainite, and other strata” allowed “industrial civilisation to escape the limitations imposed by nutrient recycling”. [39/40] Cushman argues that the huge sources of Peruvian guano and their incorporation into the global market “jump started” the revolutionary developments of the industrial revolution.

However, the new and significant in history, as Karl Marx and David Ricardo realised, must grow out of existing relationships, ‘the dung of the contradictions.’ The Peruvian guano trade emerged out of two tendencies of the ecological old regime: (1) growing trade with the Pacific Basin, led by North Americans, focused initially on the hunt for whales and other marine organisms, and (2) growing interest among farmers in accelerating the cycling of nutrients through their lands, led by the British, focused especially on animal manures and ground bone. Members of Peru’s Europeanised elite, for the most part, were happy to mine their new nation’s patrimony, as long as it returned a nice cut of the profits produced by industrial capitalism that could be used to purchase further progress. [40]

Guano thus became a “hall mark” [47] of high-farming – the use of external inputs in agriculture to counter the consequences of capitalist production which systematically destroyed soil fertility. But, as Cushman argues, guano wasn’t simply an example of this process, it helped transform agriculture into a new system that was dependent on external inputs, and “one-way patterns of production, consumption and waste”. [52]

Ironically, guano itself was a unsustainable resource when extracted on the scale that industrial agriculture demanded. Justus von Liebig, one of the key agricultural scientists who influenced Marx‘s ecological theory, commented that “Good fortune kindly sent guano to rescue them [farmers] in their utmost need,… but in their fatal hands, this blessing is actually turned into an instrument for impoverishing the land in the course of time”. [53] He warned “Guano will ultimately come to an end, and then what is to be done?…. Bloody wars have sometimes sprung from causes of less importance”. Liebig was proved right. While Cushman doesn’t use the term, it’s a excellent example of the metabolic rift, the way that capitalism destroys historical ecological relationships in the interest of profit.

Cushman argues that guano is played a central role in modern history, but one that is neglected by historians. His argument is more nuanced than those authors who simply discuss the role of a specific commodity, or natural resource, in human history – salt, coal, fish and so on. Because he shows how guano is a material that was developed by capitalism, and then shaped capitalism in a particular direction. “Guano and nitrates inspired wars and fuelled the growth of inequalities between classes and nations”. It helped encourage industrial agriculture, the development of explosives and so on. “How many things have played such a transformative role in history?” [74]

Perhaps the greatest, and saddest consequence of this is the question of war. Cushman argues that US “overseas” imperialism “got its start” in the Pacific as they claimed “dozens of uninhabited atolls”. [78] Some of these served as important sources of guano and continued to be of important military locations. One only needs to think of the US’s island hoping campaign of World War Two or the development of the atomic bomb, to understand their imperial importance. Today, of sixty-six guano islands, nine remain US possessions. [82] But as Cushman details, the annexation of these and other islands by Peru, the US and British created legacies of environmental destruction and tragic stories of betrayal and exploitation of indigenous peoples. Issues that remain, in some cases, unresolved today.

One example will have to suffice. The arrival of Peruvian labour traders on Easter Island in 1862, led to the capture of indigenous slaves to work in the guano industry. The violence of their seizure was followed by horrific conditions mining guano, in an industry that was dirty, dangerous and poisonous. The depopulation of Easter Island by “Peru’s guano age”, which was closely tied to the US Civil War, transformed the ecological situation on the island. It is, as Cushman emphasises, “a classic story of conquest ecological imperialism – with enslavement also playing a key role”. Sometimes this took place on a shocking scale, as in the case of Banaba, a small atoll, that Cushman discusses. In 1900 this atoll was discovered to have vast amounts o guano. Which was used in grander imperial projects, destroying the island and the people who lived there:

The conversion of Australia and New Zealand into mirror images of the British Isles and Anglo North America did not happen naturally. It required the systematic destruction of several tropical islands to remake the soils and biota of these southern lands. This is the definitive case of neo-ecological imperialism. Indigenous Banabans fought valiantly to protect their human rights to subsistence and property. Their struggle starkly reveals, yet again, the failure of liberal-minded colonisers to maintain the environmental integrity of conquered territories and to protect the life, liberty and property of subjugated populations. [135]

The close link between guano, imperialism and capitalism, leads Cushman to explore ecological issues in depth – for instance the birds that produce the guano, the food they rely on and the interaction between the fishing industry and bird populations. These issues were not unknown to those who extracted the guano. The Peruvian government, for instance, placed great emphasis on understanding the ecology of the islands in order to protect this crucial (and very profitable) resource. They funded scientists and researchers to understand the guano system in order to prolong it, and this led directly to the development of ecological thinking. In 1909, a US marine zoologist Robert Coker, calculated that each pair of guano birds had a lifetime value of $14.30 USD, which made Peru’s birds the “most valuable birds in the world”. [149] It is an early example of what we would now call Natural Capital, an approach that direct arises out of capitalist attempts to understand and protect nature.

So guano created an scientific and ecological approach to nature, that led to some of the first attempts to protect ecological systems. Some scientists warned of the consequences of industry destroying ecological systems. Cushman explains how, in 1947, Aldo Leopold saw a direct relations between

the level of human violence toward the land [and] population density, and used “the guano birds… of the Antarctic seas” to exemplify the human species’ ability glean nutrients “on a world wide scale” and thus “becloud and postpone the penalties of violence.” [260-261]

But on the part of guano corporations, politicians and many of the scientists they employed, such ecological concerns were mainly motivated by the profit motive. Sometimes they had far reaching consequences for instance in attempts to protect fish stocks by the Peruvian government. Cushman looks in detail at the intersection between fish, guano and capitalist society to explore the ramifications of this. But Cushman argues that one of the most important legacies of these ecological studies in the Pacific was more theoretical.

As the quote from Leopold suggests, and the involvement of William Vogt, whose scientific studies were focused on guano birds indicates, this was in the field of population studies. Through the work of figures like Vogt and Leopold, who were heavily influenced by Malthusian ideas, the ecological argument that the world was overpopulated became normalised in environmental debates. Cushman devotes a significant part of the book to exploring this, though unfortunately he doesn’t debunk these ideas in any systematic way.

As the twentieth century continued, guano once again played a role in new industrial and ecological processes. As Cushman explains:

Like the guano and nitrate booms of the nineteenth century, the Green and Blue Revolutions involved fundamental changes in humanity’s relationship to nitrogen, phosphorus and the Pacific Ocean. In… In the case of the Blue Revolution, the development of high-yielding chickens and pigs was premised on the availability of high protein feeds… a major share of this protein came from the Pacific coast of Peru. In both cases, these revolutions started out with the intention of improving the living stands of Third World peoples so that they would experience the demographic transition and avert Malthusian crisis and Marxist revolution.

In terms of the food revolution though, Cushman argues that the main beneficiaries allowed a “portion of the world’s population to become fatter but left billions thin or thinner than they have ever been”. [328]

Cushman explains that his book has shown the importance of the ignored “history of our relationship with excrement” which can “uncover the existence of historical forces acting on a scale invisible to histories developed under more traditional constraints and to demonstrate the relevance of remote territories, obscure peoples, and little-known organisms to some of the most important trends of the modern age.” [341]

At times I think Cushman over-emphasises his central thesis. Nonetheless the book certainly does highlight many episodes that demonstrate that global history was dramatically changed when imperialism linked the Pacific guano islands into the global capitalist economy. Indeed, by weaving together guano, capitalist production and ecological ideas, Cushman provides a detailed critique of capitalism’s inevitable ecological destruction. Because this is based on new material, from a region of the world that is too often neglected in these discussions, his book ought to become a central work for radical anti-capitalists thinking about ecology and capitalism. I highly recommend it.