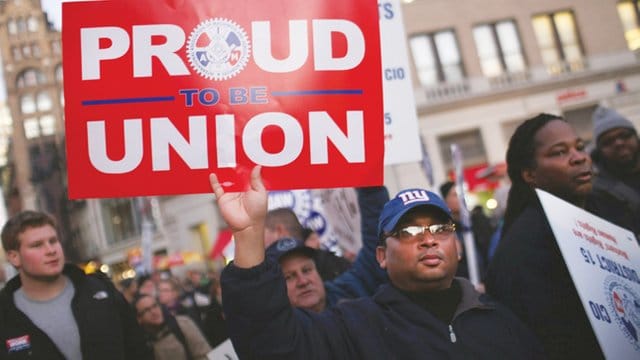 The Bureau of Labor Statistics also reported that:

And then there are other benefits. For example, union workers are far more likely to be covered by employer-provided health insurance; enjoy paid sick days and vacations; and, perhaps most importantly, have access to a transparent process that protects them from arbitrary punishment or dismissal. The table below, from a Bureau of Labor Statistics published article, highlights the benefit differential between unionized and non-unionized workers.

Employers never want to pay higher salaries and benefits or cede power to their workers. Therefore, despite their growing profits, they continue to push for new measures designed to weaken unions and worker rights more generally. There are signs of resistance, especially among public sector workers, but there is a long way to go before the balance of power shifts to working people.