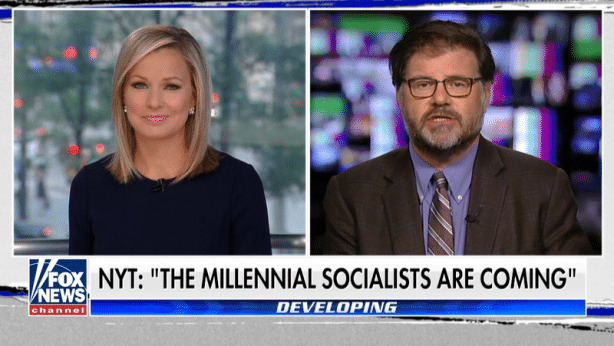 If you listened to or read the text of President Trump’s State of the Union speech Tuesday night, you might have been surprised by the explicit mention of socialism.

Here, in the United States, we are alarmed by new calls to adopt socialism in our country. America was founded on liberty and independence—not government coercion, domination, and control. We are born free, and we will stay free.

Or maybe not—since just last year the Council of Economic Advisers apparently found it necessary to issue a report, on the cusp of the midterm elections, to push back against the fact that “socialism is making a comeback in American political discourse.” And Fox News is engaged in its own campaign against socialism, since “support for Karl Marx’s collectivist ideas is steadily increasing.”

The irony, of course, is that Trump and his principal media outlet are in part responsible for the growth of support for socialism and for policies that are often associated with socialism (such as raising taxes on the income and wealth of the rich).* Claiming that “our country is vibrant and our economy is thriving like never before” and then scapegoating immigrants in “organized caravans [that] are on the march to the United States,” while ignoring the effects of the largest tax break for large corporations in U.S. history—which, while boosting economic growth, executive salaries, and the stock market, leaves American workers further and further behind—makes the case for socialism even more compelling.

But interest in socialism was growing even before Trump took office, especially among millennials. The question is, why?

As I’ve noted before, the members of Generation Y are generation screwed, with lower earnings, fewer jobs, more part-time employment, and a higher unemployment rate than any other generation in the postwar period. As a result, they’re more likely than their elders to think of themselves as working-class and less likely to identify as middle-class.

For Malcolm Harris, the problem is exploitation:

This is a fundamentally capitalist story. Workers have always been exploited, but that rate of exploitation. . .is increasing exponentially for millennials.

What Harris is referring to is the growing gap between productivity and workers’ wages. And it really doesn’t matter how that gap is measured. 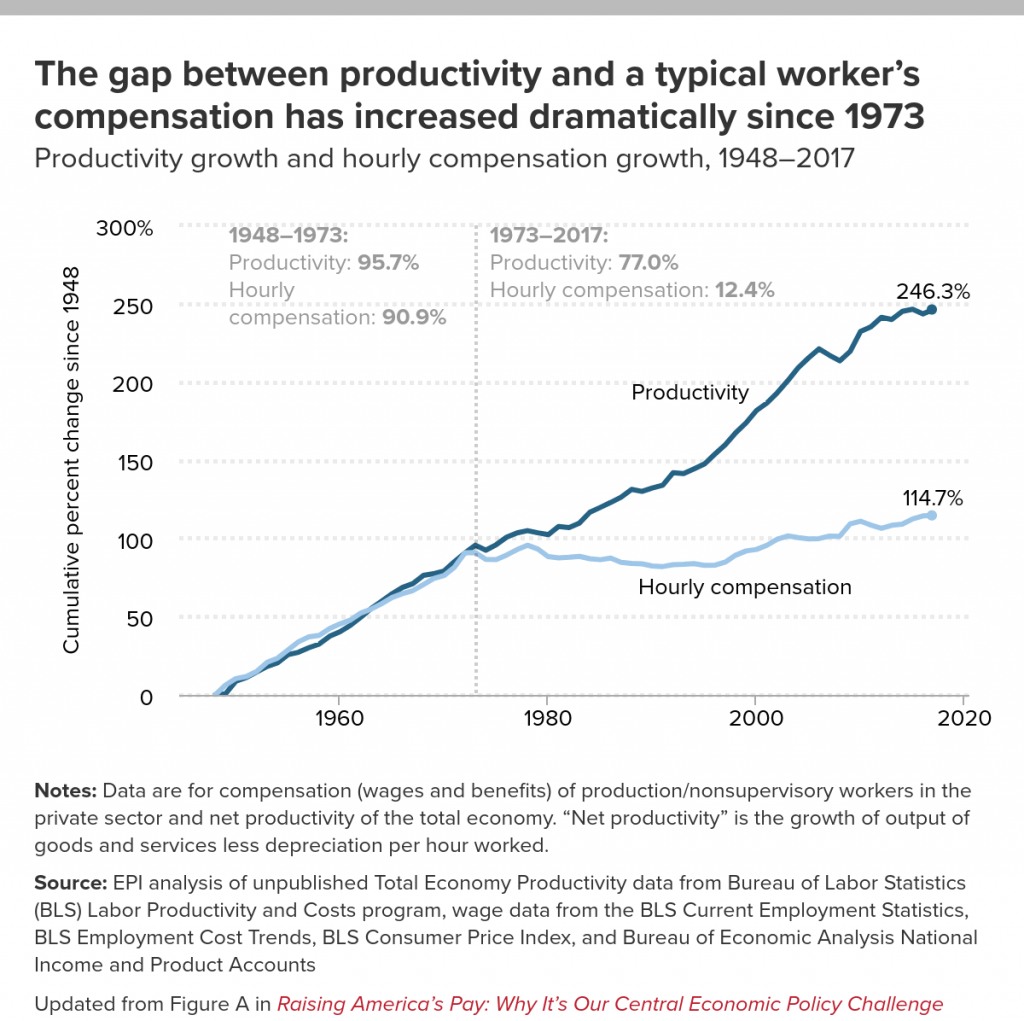 Harris refers to the numbers produced by the Economic Policy Institute, according to which”net productivity” has grown 6.2 times “hourly compensation” since 1973.

Alternatively, we can look at the gap between real output per person in the nonfarm business sector and real weekly earnings, which has increased by a factor of almost 10 since 1980.

Both measures point to increasing exploitation—to a growing gap between what workers produce and what they receive back as their pay. And it’s that exploitation—which neither Trump nor, for that matter, “conventional American economists” want to talk about—that is generating interest in socialism today.

Workers, especially young workers, are suffering the consequences of increased exploitation and beginning to look beyond capitalism, to different ways of organizing the U.S. economy and society. Socialism, since at least the end of the eighteenth century, has been the name for those alternatives.

Why is there growing interest in socialism in the United States today? The answer is clear. It’s capitalist exploitation, stupid!

*Such policies now include abolishing billionaires. However, Farhad Manjoo, who tried to sort out good from bad billionaires, never asks where those billions come from. If he did, he’d discover the ways an increasingly unequal and unjust distribution of income is tied to—as both condition and consequence—a fundamentally unequal and unjust structure of production.