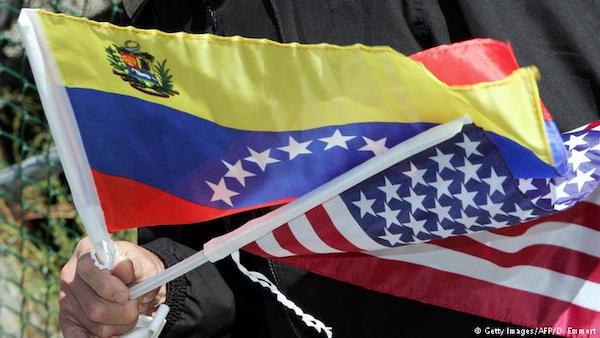 We thought this recent email from the Hampton Institute was spot on so we have published it here for our readers. —Eds.

In all of the talk about Venezuela, many are missing the real conversation that should be had. Naturally, after being subjected to sensationalist and heavily-biased media reports, most Americans frame the situation in terms of “dictatorship,” “humanitarian crisis,” and “U.S. intervention.” This is expected. Modern U.S. media always has been, and always will be, a mouthpiece of the Pentagon. It has helped to falsely justify every illegal war and intervention the U.S. has embarked on over the past half century. And part of its duty is to delegitimize socialism wherever it appears. Again, expected.

The U.S. left (not liberals & Democrats, the real left) has higher standards. However, despite this, the conversation in leftist circles often gets reduced to the typical “authoritarian vs. libertarian” duality when talking about Venezuelan socialism, to the point where the same superficial media biases are reproduced. Context and nuance are desperately needed. Thus, the primary question we should be asking is this: If you’re a country trying to implement socialism within a global capitalist system, how do you accomplish this?

A vast majority of Venezuelans have supported the Bolivarian Revolution (Venezuela’s socialist movement) for the good part of two decades because they know of the ravages that come with capitalism/imperialism. Socialism has a confirmed pattern of legitimacy within the country. The people want it. So, how does the Venezuelan government proceed with implementing it? How does it deal with imperialism? How should it handle internal dissent? Old wealth? The lingering capitalist class? How does it deal with embargos? Blockades? Restrictions and obstructions from global banking? Foreign influence (U.S. and global capital) and funding of opposing political parties?

What the Bolivarian Revolution has undertaken for the past two decades (with significant support from the masses) has been a delicate and, often times, near impossible task. Any socialist project that is subjected to the powerful forces of global capital is. Heavy hands are needed at times. But who should carry out this heavy-handedness? Who are its targets? How extreme does it need to be? And how can it be balanced enough to provide defensive measures without alienating supporters?

This is the discussion we should be having. Not only for Venezuela, but for all socialist movements that currently exist and will inevitably be born in the coming years.

All power to the people.