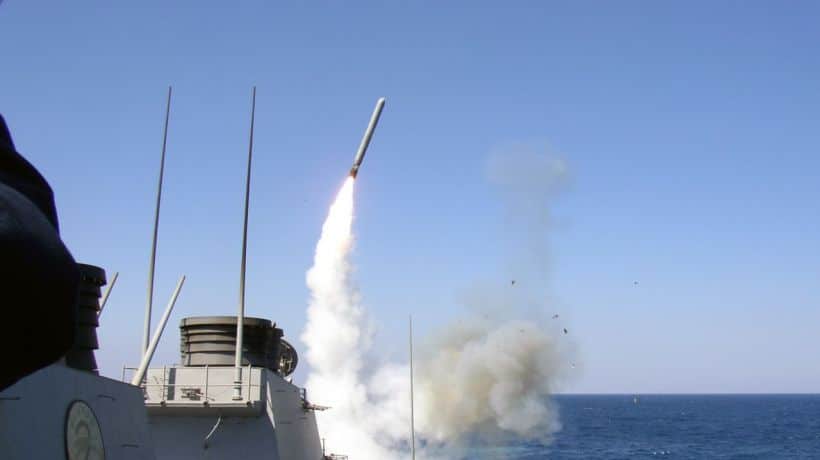 Bracketed text and/or ellipses indicate minor changes or corrections made to the original translation. —Eds

The [neoconservative foreign policy] magazine Foreign Affairs, [a publication highly respected by establishment hawks in the U.S.], published an article on March 19 [describing] two scenarios in which the U.S. military could directly attack Venezuela.

“There are two plausible ways the United States might use force in Venezuela: a precision bombing campaign and a full-scale invasion,” says columnist Frank O. Mora, adding that its efforts to “stabilize the country and establish a civilian government” would take “years due to the size of the country and its military strength.”

[Mora goes on to point] out that “even if a military intervention began well, U.S. forces would likely find themselves bogged down in the messy work of keeping the peace and rebuilding institutions for years to come”, which would suggest a situation similar to that experienced in Iraq, [the invasion of which] occurred in 2003 and its consequences can still be seen with the emergence of the Islamic state in that country during the gringo occupation.

In the case of the “precision bombing campaign”, the Pentagon would resort, according Foreign Affairs, to directly attack the security, military and economic infrastructure “of the Maduro regime.” This would supposedly disable Venezuela’s options of “repressing the people” (mercenaries hired by anti-chavista leaders?) and would convince the Bolivarian Armed Forces (FANB) to abandon its current stance.

In spite of the fact that the columnist celebrates the NATO bombing campaigns, led by the United States against Yugoslavia (1999) and Libya (2011), as successful operations, nevertheless the “precision” of those attacks brought death and misery to the victim populations: in 1999 some 2,500 Yugoslavs died, most of them civilians (among them children, women and the elderly); in 2011 in Libya some 2,000 civilians were murdered. All of them were deemed to be “collateral deaths” by the gringo military officers.

For this bombing campaign, the U.S. would also establish a no-fly zone with the help of its naval force, including warships and submarines with offensive Tomahawk missile capabilities that would target military targets and communications centres and commandos. The magazine does not rule out the use of drones, so used during the Obama era in the Middle East, as well as help from some neighbouring country as a beachhead for its air force.

In the event that the Bolivarian Armed Forces (FANB) do not disintegrate due to air strikes, in the worst-case scenario…, the operation would last for months, “possibly killing thousands of civilians, destroying much of what remains of the Venezuelan economy…. The result would be anarchy,” with an acceleration of migration affecting the region, causing the Pentagon to send in “ground troops in order either to finally dislodge the regime and its security forces or to provide security once the dictatorship had collapsed.”

An operation of this type would last years; and the writer reminds us that one of the U.S. occupations in Haiti that lasted 13 years.

This type of operation would require U.S. military occupation of Venezuela for some 20 years. Foreign Affairs takes as examples the experiences in Iraq and Afghanistan, but also [refreshes our memory of the U.S. invasion of] Panama in 1989, [where military] operations did not cease until 8 and a half years later.

The neoconservative magazine [makes no mention of] other dissuasive actors [with respect to] these gringo campaigns, such as Russia and China, [who are] strategic allies; [nor of the alliance of the latter with] Venezuela. [While the article does at least conclude on a more candid and realistic note, one could not be blamed for harboring suspicion about the position of the] neoconservative publication:

There’s no such thing as risk-free military action. But in this case, the social, economic, and security costs of intervening far outweigh the benefits. Whether the United States launched limited air strikes or a full ground invasion, it would almost certainly get sucked in to a long, difficult campaign to stabilize Venezuela after the initial fighting was over. Such an engagement would cost American lives and money and hurt the United States’ standing in Latin America.