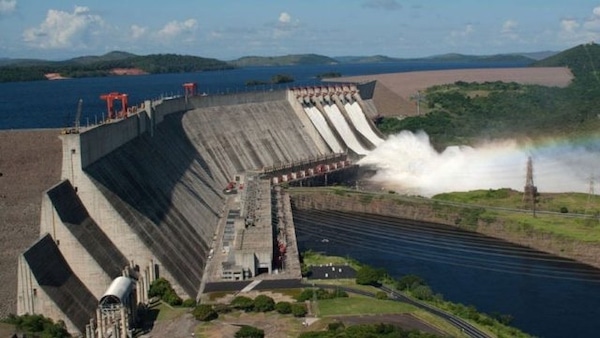 The Guri Hydroelectric Complex supplies over 70 percent of Venezuela’s electricity and, according to the government, has been the site of a series of terrorist attacks this year. (Archive)

Among those arrested is Otoniel Ramos Sanchez, ex-director of automatization, technology, information and telecommunications at one of the subsidiaries of state-run electrical corporation CORPOELEC in Bolivar State, where the electrical problems of March 7-12 and March 25-29 originated. Ramos Sanchez had allegedly been suspended by CORPOELEC two years ago.

“The investigations concerning the cyber attacks in the Guri Hydroelectric Complex [in Bolivar State] are advancing,” Rodriguez told reporters. “[Sanchez] has been charged already, is currently answering questions and has given us a lot of information about his accomplices,” he went on to say.

Venezuela’s government claim that the initial national blackout of March 7, which left some parts of the country without power for as long as five days, was a result of a sophisticated cyber attack against Guri’s automatized system, allegedly originating from the U.S. cities of Houston and Chicago.

The second major outage, which started on March 25, was blamed by Venezuelan authorities on a sniper, who allegedly caused an explosion and fire in the Guri Dam’s switchyard. The Guri Dam currently supplies over 70 percent of Venezuela’s electricity. President Maduro was quick to blame “US imperialism” for both of the attacks.

Apart from the five arrests, Rodriguez indicated that a further fourteen people have been implicated in the attacks, and are currently being sought by authorities.

Among those named by the minister are Julio Acuña Núñez, who is believed to have fled to the USA, Ramon Garcia, who reportedly lives in Spain, and Miguel Angel Freitas, who allegedly works for a cybersecurity firm in Colombia. Rodriguez also drew special attention to Jesus Landoni, claiming he left Venezuela on April 8 en route to the U.S. and currently lives in a U.S. Air Force official’s house. Landoni was in charge of security at the Guri Complex at the time of the blackouts.

“There are Interpol arrest warrant requests issued for those people implicated in the attack, who live in the U.S., Colombia and Spain,” Rodriguez informed.

The repair work on the country’s electrical grid has seen workers from a range of other public industries flock to Bolivar State to provide assistance. Rodriguez vowed that the system is now more stable and is “close to a long lasting equilibrium.”

He also denounced 45 smaller attacks against electrical infrastructure since March 7. Since 2017, the grid has also had to deal with 280 deliberate forest fires set close to transmission lines and attacks against 50 percent of the substations, he added.

Following the blackouts, electricity rationing has been applied to many parts of Venezuela and the electrical grid has struggled to return service to the entire country. Western states such as Barinas and Zulia continue to suffer day-long blackouts on a regular basis, exasperating existing problems in public transport, water pumping systems, rural irrigation systems, commerce, industry, and other areas.

Venezuela’s electric grid has suffered from years of underinvestment, poor maintenance and brain drain, with U.S.-led sanctions compounding problems by making it difficult to acquire repair parts and service equipment. U.S. sanctions have also led to fuel shortages which reportedly stopped backup thermoelectric plants from being brought online. It has been estimated that the March blackouts cost the economy U.S. $2.9 billion, or 3.3 percent of Venezuela’s GDP.

Russia points the finger at the U.S.

Russian authorities are assisting in the investigation of the two major blackouts, and indicated this week that they agree with the Venezuelan government’s assertion that the U.S. government is behind the outages.

[An] operation called ‘Blackout’ is underway, a man-made shutdown of energy facilities, which also negatively affects the atmosphere in the country and only aggravates the existing crisis, mainly the economic crisis.

“[Washington] does not sit idly and is employing other tactics including a broad range of techniques developed for hybrid wars and colour revolutions,” he went on to explain.

Fomin also blamed Washington for training violent anti-government elements and applying economic pressure via unilateral sanctions. In his judgement, however, the attacks will be unsuccessful, and will only “unite more people around the Venezuelan government.”