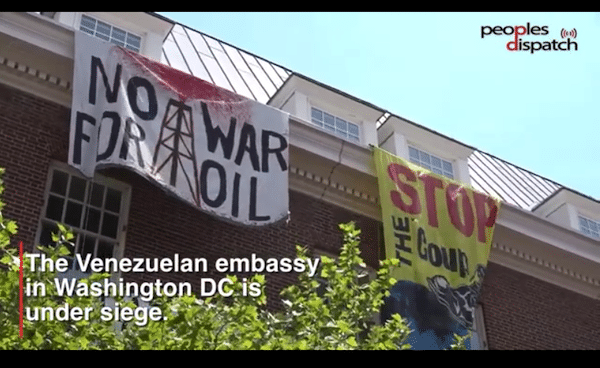 Guaido supporters have been obstructing members of the Embassy Protection Collective, the legal tenants of the building, from taking food and medicines for the residents inside. They have also sexually, physically, and verbally abused the peace activists. There have been multiple break-in attempts by members of this right-wing mob, but the Secret Service has stood idly by, and has taken legal action against the embassy protectors instead.

PepsiCo and Monsanto’s bogus court cases are war on Indian farmers
City of Segregation, One Hundred Years of Struggle for Housing in Los Angeles