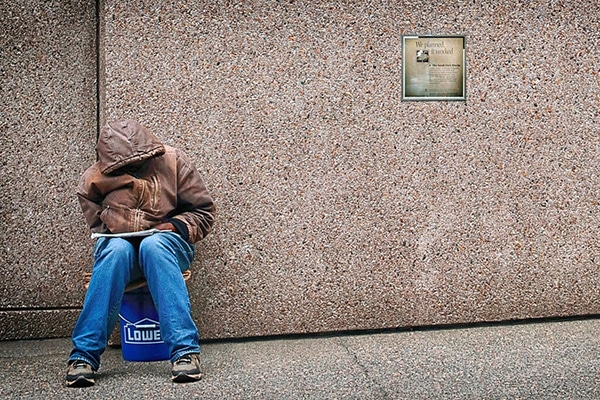 The U.S. economy has been stuck in stagnation for a decade. The GDP growth rate has been only 2.2% per year since the recovery from the Financial Crisis and Great Recession of 2008-09 began. That is far below the growth rate in past post-recession recoveries since the end of World War II. The last long period of stagnation in the U.S. economy was the lost decade following the stock market crash of 1929.

A big puzzle is that high profits since 2010 have not led to rapid economic growth. Large corporations sit on their cash. Or they use it to buy back their own shares. Marx explained that capitalism is an engine of accumulation and growth. Profits are supposed to be plowed back into economic expansion, to gain more profit in the future. What is blocking this process in U.S. capitalism today?

In a recent article, coauthored with Deepankar Basu, we provide an explanation for this surprising development. The explanation is based on social structure of accumulation (SSA) theory. SSA theory was developed by Marxist economists in the U.S. in the late 1970s/early 1980s. It is a theory of the interaction between the institutional framework of capitalist systems and the process of capital accumulation.

SSA theory argues that, while capitalism has a powerful accumulation drive, that drive will not operate effectively unless a structure of economic and political institutions is in place that promotes it. While the pursuit of profit is a strong lure, capitalism throws up obstacles to plowing profit back into accumulation.

Capitalism generates uncertainties and periods of declining profit, arising from the conflicts and coordination problems that characterize the system. An SSA promotes accumulation by bringing relative stability and predictability, by fostering rising total demand for output, by promoting rising profitability.

However, no SSA is effective indefinitely. A long period of stable accumulation generates growing contradictions that eventually transform an SSA from a structure that promotes accumulation to one that obstructs it. There follows a period of structural crisis, which can be resolved within capitalism only if a new SSA is constructed.

For example, shortly after World War II capitalism was transformed by a set of institutions, within countries and in the global arena, that promoted several decades of vigorous economic expansion. States and trade unions played active roles in regulating economic activity in that period. This SSA of regulated capitalism entered its structural crisis phase in the 1970s, which saw rising inflation, rising unemployment, and spiraling instability in the international monetary system.

Around 1980 a new SSA emerged in the form of neoliberal capitalism. This entailed deregulation, privatization, and the replacement of capital-labor compromise by a reassertion of capitalist domination over labor. There followed several decades of normal economic expansion, although at a rate somewhat below that of regulated capitalism. The Financial Crisis and Great Recession of 2008-09 marked the beginning of the structural crisis phase of the neoliberal SSA.

SSA theory claims that the stagnation since 2009 is a result of the shift in the neoliberal SSA from promoting accumulation to obstructing it.

Neoliberal capitalism gave rise to three economic developments. It brought rising income inequality, between capital and labor and among households. It produced a deregulated financial sector increasingly devoted to speculative, risky activities. It gave rise to a series of huge asset bubbles, in corporate securities and real estate.

When the giant real estate bubble of the 2000s deflated in 2007, the major banks became insolvent. Households were no longer able to borrow and had to cut their consumer spending. Corporate managers slashed investment spending. The Great Recession and Financial Crisis had begun.

The rate of profit in the U.S. bounced back quickly after 2009. In the following years it reached the highest level of the neoliberal era. This demonstrated that neoliberal capitalism continues to promote high profits, by maintaining capital in a strongly dominant position over labor. Yet capital accumulation did not respond to the rising rate of profit.

The neoliberal mechanism to promote rising total demand based on asset bubbles and risk-seeing banks no longer works. In the face of stagnating demand, corporate decision-makers have little incentive to expand.

As noted above, an SSA also promotes accumulation by stabilizing the key relations of the system. That mechanism is no longer is operating effectively. Big capital has been facing growing challenges to its primacy, from workers demanding a living wage and from citizens demanding a growing role for government in provision of essential services.

The postwar regulated SSA was based on a compromise between capital and labor and an expanding role for the state in the economy. In the 1970s workers’ wages and state spending continued to rise, generating growing demand. Despite rising capital-labor conflict in the 1970s as the class compromise eroded, and despite a declining profit rate, economic expansion continued, although somewhat more slowly as the profit rate declined.

Our analysis found that the rate of profit had a strong and statistically significant stimulatory effect on the rate of capital accumulation during 1948-73 when regulated capitalism was working effectively and also during the crisis phase of 1973-79. We found the same effect in the neoliberal era from 1979-2007. The size of the effect was almost identical in the three periods.

In contrast, for the period since 2007 the size of the effect of the rate of profit on the rate of accumulation was significantly smaller and not statistically significant. This supports the claim that in the structural crisis phase of a (neo)liberal SSA the usual profit mechanism that drives accumulation no longer works in the normal fashion, although it continues to work in the crisis phase of a regulated form of capitalism.

SSA theory suggests that stagnation will not be permanent. A structural crisis creates pressures to find a path of restructuring that would restore accumulation. Two possible directions of institutional change currently on the table are a shift to a right wing nationalist regime or a turn toward green social democracy. Either direction of change could lead to a new SSA that would again promote normal accumulation. However, the two forms of restructuring would lead to quite different futures for humankind.

David M. Kotz is Professor Emeritus of Economics and Sheridan Scholar at the University of Massachusetts Amherst and Distinguished Professor in the School of Economics at the Shanghai University of Finance and Economics. He is the author of The Rise and Fall of Neoliberal Capitalism, Harvard University Press, 2015 (paperback edition 2017).